VEER BAAL DIWAS – Will it be India’s new Children Day ? 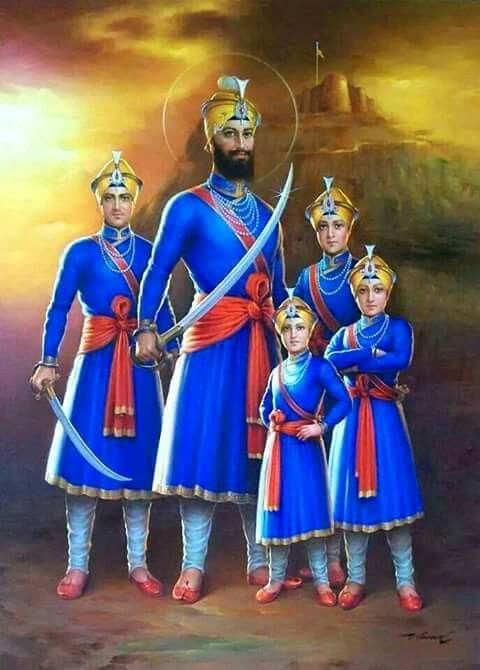 In our country, Children’s Day is celebrated on 14th November to commemorate the Birth Anniversary of J. L. Nehru. Over the years , we have witnessed the development of a huge public opinion questioning the connection between the two events as no concrete or significant evidence of Nehru’s immense love for children, was ever on display to warrant his Birth Anniversary to be celebrated as ‘Children’s Day’ or ‘Baal Diwas’.

Amidst the growing strength of public opinion against continuing with the tradition to celebrate 14th November as ‘Children’s Day’, the Prime Minister of India, Narendra Modi announced that 26th of December would, henceforth be celebrated as ‘Veer Baal Diwas’ in the memory of the two minor sons of the tenth Sikh Guru, Guru Gobind Singh – Zorawar Singh and Fateh Singh, who were mercilessly killed by the Mughal Emperor, Aurangzeb, by burying them alive.

The instant announcement by Prime Minister Modi was made on Sunday, 9th January, 2022, on the occasion of the Prakash Parv or Jayanti of the most prominent Sikh Gru and founder of the Khalsapanth – Guru Gobind Singh. Guru Gobind Singh is revered for his tireless and never say die attitude in fighting the brutal Mughal Empire in several bitter battles encompassing his entire life span, which saw him lose his near and dear ones, including all of his four sons. Yet he never gave up till his last breath in October , 1708, when he died nursing his wounds inflicted on him by an Afghan assailant, Jamshed Khan.

Guru Gobind Singh’s father, Guru Tegh Bahadur, the 9th Sikh Guru, was executed by the most merciless Mughal ruler, Aurangzeb. But Guru Gobind Singh carried on with the legacy of fighting and resisting the Mughal brutality thus becoming a target for Aurangzeb. Guru Gobind Singh opposed the Jizya tax imposed by the Mughals on the non hindus and the Bhaddar tax imposed on hindus for shaving their head after the death of their immediate family members. For Guru Gobind Singh, the war against the Mughals was solely for the purpose of preserving and protecting the Dharma or the religious identity of his clan, which was under threat from the Islamic invaders, the Mughals, ruling our country during his times.

Guru Gobind Singh fought thirteen major battles during his lifetime, out of which , the battles of Anandpur were most significant and heart-wrenching which caused him to lose his two sons in the most macabre manner. During the First Battle of Anandpur fought in 1704, the Mughal Army General, Ramjan Khan was fatally wounded by the Sikh Army causing the Mughal Army to withdraw. This caused Aurangzeb to send a larger Army led by two Generals, Wazir Khan and Zabardast Khan, to vanquish the Sikh Army, in May 1704. The strategy of the Mughals was to lay a protracted siege against Anandpur from May to December, by engaging the Sikh Army in a series of smaller battles and cutting off food and all other supplies made available to them. Towards the end of the battle, Wazir Khan conveyed Aurangzeb’s offer of a safe passage to Guru Gobind Singh and his family in early December. Guru Gobind Singh accepted his offer and started moving with his family in two batches. But the treacherous Mughal General Wazir Khan ambushed them, capturing one of the two batches comprising of his two young sons, Zorawar Singh, aged 8 and Fateh Singh, aged 5 and his mother, Mata Gujri.  In captivity, they were asked to convert to Islam or be prepared to die. The two children displayed extreme courage and commitment towards their Dharma even at such a tender age and chose death in place of conversion. They were thus buried alive by bricking them in a wall – a grotesque killing reflective of the monstrous nature of Aurangzeb and his henchmen.

Mata Gujri also died subsequently. The incident took place on 26th December, 1704.
It is indeed apt that our Prime Minister declared the martyrdom day of the two young Sahibzades (sons) of Guru Gobind Singh should be celebrated as ‘Veer Baal Diwas’ as an honour to their valour at such a young age, that of giving priority to preserving their Dharma ahead of their lives, which should serve as an inspiration for the youth of our country.

Some are of the opinion that the said declaration was made in view of the impending Punjab elections in mind. Punjab seems to be a formidable fortress for the BJP, which became all the more evident after our PM’s security breach in Ferozepur last Wednesday. Modiji is aware that such a declaration won’t serve as an election winning formula. Moreover, Modiji has displayed the deepest of regards towards the Sikh gurus on numerous occasions in the past, even when there were no elections round the corner. Thus, linking the instant declaration of ‘Veer Baal Diwas’ with the Punjab Assembly elections might not be fair.

It is a belief amongst a few netizens that with the celebration of ‘Veer Bal Diwas’, the 14th November celebration of Children’s Day would lose its significance. That seems to be a possibility, although ‘Veer Baal Diwas’ will be commemorating a sombre occasion, not a ‘happy’ one unlike Children’s Day. Hence, the nature of celebration would, expectedly be different. However, it’s impact and importance would be much more, given the fact that such ‘Days’ should not be all about song and dance but should have a significant impact on the lives of the youth to help them evolve as better and more effective citizens.