UP : Love Jihad accused jailed for 10 years, fined Rs 30k. Will it act as a deterrent? 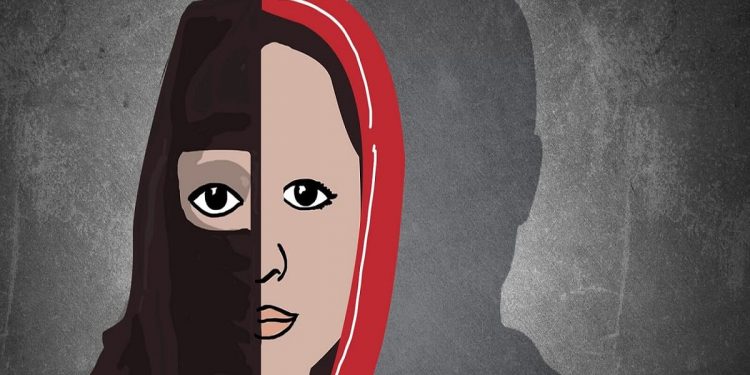 In the first sentencing under Love Jihad law, a Muslim youth in Kanpur has been sentenced to 10 year jail and also has been slapped with a fine of Rs 30,000.
The case dates back to May 2017 when the convict named Javed allegedly introduced himself to the minor as Munna and lured her to marry. Later both of them eloped. Taking cognizance of the incident, police registered a case and arrested the youth next day. The girl told the police that when she reached her husband’s house, he revealed his identity and asked for a ‘Nikah’ to which she refused. The culprit Javed also raped her, alleged the minor girl. The police also registered a case under POCSO Act.

The Uttar Pradesh Prohibition of Unlawful Conversion of Religion Ordinance,2020 which became an Act this year contains various provisions for preventing forceful conversions through deceit or fraudulent means and has prescribed stringent punishment measures ranging from jail term to imposition of fines. According to this law, a marriage shall be declared ‘’null and void’’ if it is found that the sole intention of wedlock was to convert the woman. The UP Police has so far registered 108 such cases with Bareiily and Meerut zones reporting highest number of such cases at 28 and 23 respectively. Kanpur has so far seen 2 such cases.

If we begin to analyse the relevance and utility of this law against the backdrop of this particular incident, we need to understand the genealogy of the phenomenon called ‘Love Jihad’ prevalent in our country. The term Love Jihad has a distinctive political, ideological and cultural motivation underlying it. The real agenda is driven by the ideology of radical Islam of converting women from non Islamic communities especially Hindus in an attempt to alter the demography of this country and to wage a war against the majority Hindu community by systematically subjugating them in order to make them numerically inferior. So, love is just a mascot to conceal the Hindu hatred and Hinduphobia that is deep rooted amongst the Islamic chauvinists and communalists in this country. If a Muslim boy, say, falls in love with a Hindu girl, what stops him to approach her with his real identity? Why does he have to hide his real name and religion? Obviously, that would unravel the ulterior motive. Seen from a constitutional, legal point of view, such kind of forced marriages infringe on the fundamental rights of a woman, involves a breach of trust, subjecting a woman to great deal of physical, emotional and psychological trauma violating her autonomy and freedom to chose her life partner. Secular feminists and women activists raised a hue and cry when this law was mooted on the grounds of denying women her right to marry the man of her choice, spreading communal hatred in the society, targeting Muslims and encroaching upon her bodily sovereignty but they quite hypocritically forgot the dangerous implications of such forceful, deceitful marriages done with the sole intention of fulfilling a sinister agenda of Islamic fundamentalism by terrorizing non Muslim, especially Hindu women.

The issue of Love Jihad is intricately connected with the phenomena of radical Islam. And it is not that such cases are reported only from BJP ruled states. Kerala, one of the most developed and literate states of India has seen radical Islam penetrating deep into the state, with many Kerala residents leaving to fight for the Islamic State (IS). Many women from the muslim majority regions/ districts of Kerala have left their homes to join ISIS coming under intense radicalization spearheaded by organizations like PFI and SDPI. Former Kerala CM and senior CPM leader VS Achutanandhan had categorically said in 2010 that the issue of Love Jihad is serious and the PFI was acting with divisive intent to ‘’turn Kerala into a Muslim majority state’’. Hence, the role of foreign funding to orchestrate a communal divide and radicalize the native population can’t be undermined. In September 2019, the chairman of minorities commission also wrote a letter to the Home Minister drawing attention to “the spate in organised religious conversion and using the victims for terror activities by trapping them through love jihad”.
Demographic goals have always been a part of the Islamic discourse. However, the goal acquired urgency for a terror-group like IS which needed more fighters. Love/Sex Jihad, therefore, became intertwined with terrorism.

The issue of Love Jihad cannot be divorced from History. Historically, the body of Hindu women was something used as an instrument to portray Islamic might and to showcase Hindu men as weak, timid and coward and the abduction of Hindu women by barbaric invaders as something valorous and manly. In contemporary times, the issue of Love Jihad operates with the same mindset of Hinduphobia, Hindu hatred, treating Hindu women as sex objects, deriding Hindu faith and culture and abhorrence towards polytheism. By hoodwinking Hindu girls and even minors into marrying and then forcefully converting them leaves them in a state of lurch where their Hindu identity is systematically erased, their names through which they hitherto have been known changed, forced to live a life of servitude and become victims of sexual and physical abuse by their Muslim husbands. This is a crime against humanity.
UP’s Love Jihad law and its first case of conviction sends out a stern message to all those criminal, jihadi elements who nurse the seeds of Hinduphobia to mend their ways or to get ready to face the consequences. With CM Yogi Adityanath’s vow to punish all such perpetrators of this heinous crime and the law having started showing its positive effects, it certainly will act as a deterrent to Love Jihad and Islamic radicalism in the days to come and we can be optimistic about securing a safer society for our Hindu daughters and sisters. Other states should also promulgate such stringent laws to ward off the threat of Islamisation of India and honoring the sanctity and dignity of our women folk.

Guest Writer
Previous articleDMK’s Secessionist Tendencies: YouTuber Maridhas arrested for raising voice against people rejoicing the demise of CDS Rawat
Next articleRajewal forms a Political party and negotiating with AAP – Was Farmer’s protest an excuse to get political benefit and fight with Modi?
- Advertisement -