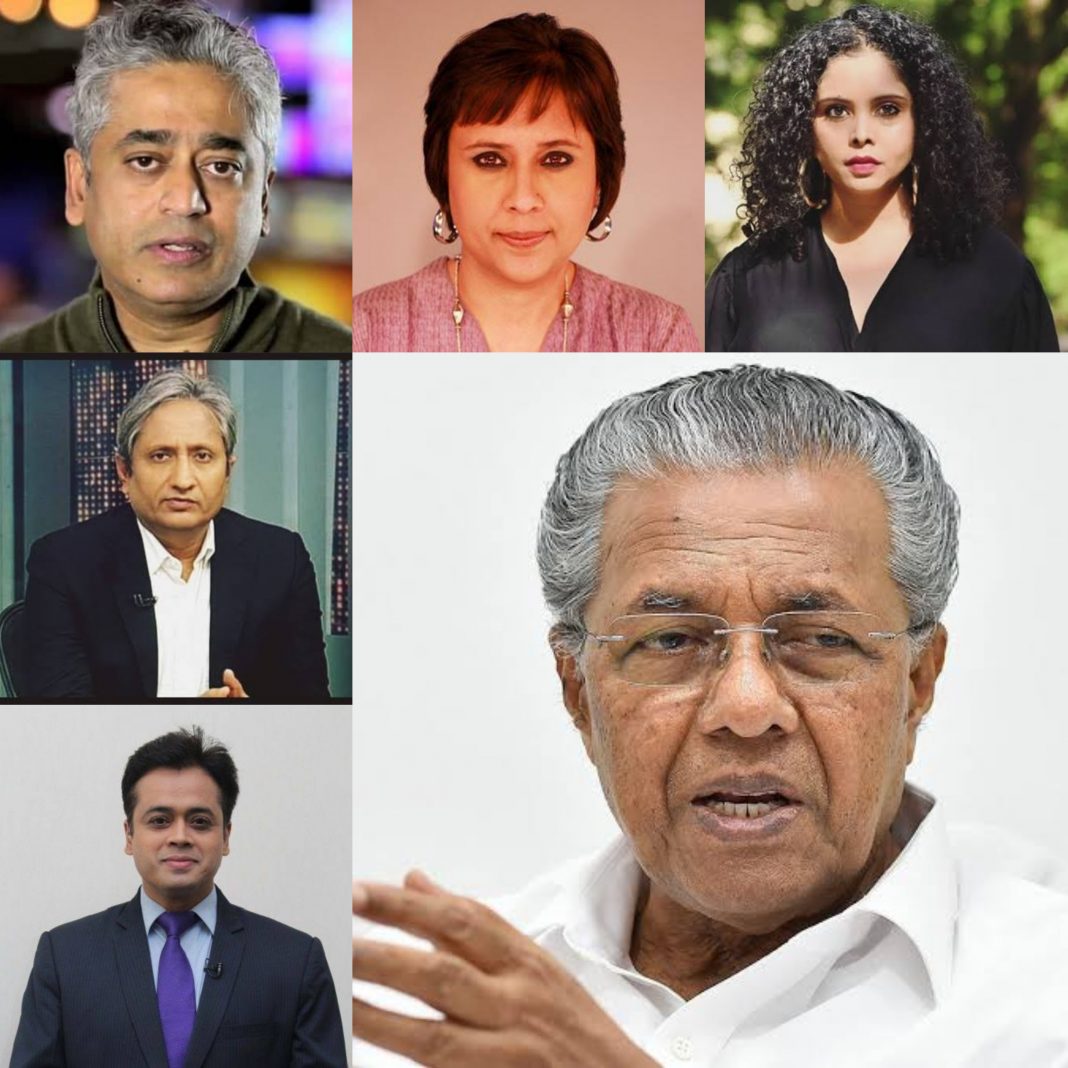 Kerala is once again in the news – this time not because of any good reason though! The southern state is contributing to around 50 pc of India’s daily COVID infections amid a raging second wave spreading like wild fire across the state. As of 29th July 2021, Kerala remains the second worst affected state of India behind Maharashtra in terms of cumulative cases.

However, in terms of daily cases, Kerala is at the top spot and as well as it remains the worst affected state with 1,54,816 active cases. No other state of India has more than one lakh active cases as of today and with the spate of infections showing no signs of relenting in Kerala, fear of an imminent third wave has started haunting the people of the state and the country at large. On 29th July 2021, Kerala reported a whopping 22,064 cases and 128 deaths while the cumulative figure for India stood at 44,681, the highest since 7th July.

So, it clearly shows that the sporadic upward trajectory of COVID cases in the country is being driven by a single state Kerala. While most of the states in the country barring a few have already flattened the curve, Kerala appears to have miserably failed not just in combating the infections but also in intervening the mortality rate. It seems Kerala has to bear the brunt of the Chinese virus for a long time to come given the fact that ICMR’s recent sero survey data saying that Kerala has the lowest sero prevalence rate at 44 pc – the lowest amongst 21 major states.

Who did better? The ‘’model’’ state or Uttar Pradesh?

While our elite media houses, especially the English media and a section of Hindi media who are biased against BJP and known to sympathise with Left ideology tend to project their favorite state Kerala as a role model, they conveniently and deliberately conceal the truth of this model which stands thoroughly exposed now.

Uttar Pradesh, India’s most populous state which was one of the worst hit states in the peak of second wave has not only successfully managed to reign in the ferocious virus but also has brought the disease to endemic levels through mass surveillance and aggressive testing strategies. UP’s Test Positivity Rate (TPR) has climbed down to 0.01 percent as of 26th July – the lowest in the country.

On the contrary, Kerala’s daily TPR hovers around 10 – 12 percent on an average over the last one month. Out of India’s 40 worst affected districts right now, 10 belong to Kerala while none of UP’s 75 districts are in the list. While UP has been conducting the highest number of tests in the country – about 2.4 lakh to 2.5 lakh tests on an average, corresponding figures for Kerala remain stagnant at 1.5 lakh to 1.8 lakh despite an alarming spike in the positivity rates. Such stark differences in terms of approach and handling of the pandemic raises pertinent questions about Kerala – which is often portrayed so rosily by the friendly media. Why does a state which is so well equipped with medical infrastructure and resources is struggling to tame the virus? Is it a system collapse in the so called ‘’best state’’ which the state government led by Left and its vocal admirers are at pains to explain?

While the second wave of the COVID peaked around mid – May with about 44,000 daily cases, the state has been since then grappling to flatten the curve with the state heading towards a possible third wave of infections fuelling fear and widespread discontentment. On the other hand, UP’s second wave case load peaked at 38,000 daily cases in last week of April and since then the daily cases have dramatically fallen to just 50-55 cases being reported in the month of July with many districts reporting zero and few others single digit cases.

As of 29th July, UP which accounts for about 16 percent of india’s total population is left with only 787 active cases – a phenomenal achievement which the ‘’model state’’ has failed to do till now. But the biased media as usual is conspicuously silent on the abject mishandling and far from satisfactory performance of Pinarayi Vijayan government in Kerala with just 2.4 percent of India’s population in terms of managing the infections.

Some Lootyens journalists were vociferous about the Central Government as well as BJP ruled state governments’ poor management of COVID 2nd wave that lashed India in the month of April – May. They blamed Kumbh Mela and West Bengal election rallies primarily for triggering the second wave in the country but are strangely silent on the lavish Bakri Eid celebrations in Kerala which were held in blatant disregard to Covid norms leading to explosive situation of the pandemic in the state. One ‘’secular’’ Prime Time Reporter Ravish Kumar dubbed Lucknow as ‘’Laashnow’’ in a disparaging comparison to the high deaths in the city during the peak of second wave. But the same ‘soul searching’ journalist is missing now. Why doesn’t he speak up on Kerala in the same breadth? Or simply, Kerala doesn’t fit his agenda?

Who is responsible for this carnage?

Ever since the onset of the pandemic Kerala led by a Communist government has suppressed facts and brazenly denied any shortcomings in its strategy to mitigate the pandemic most of which were unscientific and whimsical . Given the state’s fragile epidemiological history and the state being the first region in India to report COVID cases as early as January 2020, it seems to have learnt nothing from its past experiences in terms of facing Nipah and now another double whammy – Zika virus outbreaks which compounds the drudgery arising out of COVID.

For a good part of the first wave and the interregnum between first and second waves, Kerala barely brought its COVID graph or positivity levels to acceptable levels. Starting from Onam festivities last year to Bakri Eid now ( which of course was aided by Hon’ble Supreme Court’s soft attitude on imposing restrictions on Bakri Eid celebrations), Kerala has committed a series of blunders in reigning in the virulent contagion. Even in the months of January – February this year when India’s COVID graph had fallen to less than 10,000 daily cases, Kerala used to report around 60 percent of daily infections – an incredible performance by a model state indeed!

Facing heat over the gross mismanagement of the situation, Kerala Health Minister Veena George reacted by saying that there is a ‘’planned campaign against Kerala’’ to beliitle the efforts of her government. If everything is out in the open, where does the question of a ‘’planned campaign’’ arise?
Meanwhile, Union Health Secretary Rajesh Bhusan has written to Kerala government over its failure to curb ‘’super spreader events’’ and the need for strict enforcement of COVID appropriate norms. Union Health Ministry has also sent a six member team from National Centre for Disease Control (NCDC) to assess the situation in Kerala and suggest appropriate measures to tackle the raging infections.

However, the moot question remains! Would it be appropriate to indiscriminately heap praises on Kerala likening it to a ‘’model’’ worth studying and emulating when there are glaring loopholes in the state’s disease control mechanisms? The right thinking citizens of Kerala must rise to the occasion to demand accountability from the government and credibility from the media which has constantly mislead the people by touting Kerala as a model state and hailing the LDF led Kerala government for its effective handling of the pandemic.

The cat is out of the bag . It is time for India’s most literate state to wake up for they deserve certainly better.