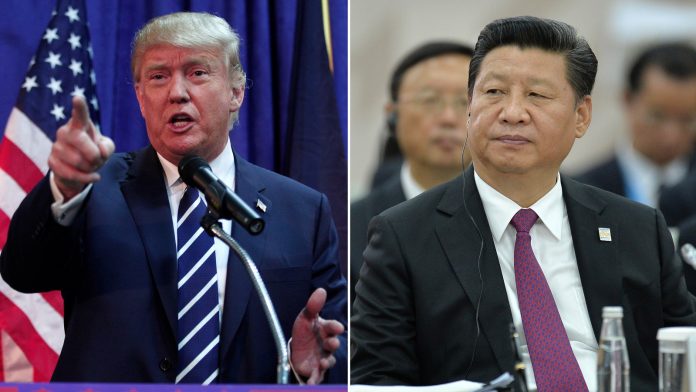 US President Trump is known for his outspoken and frank attitude, he never hesitates to put things in correct perspective. Today while upping the ante against China, US President Donald Trump tweeted it loud and clear that “China caused great damage to the United States and the rest of the world.”

Trump further added, that China must be held fully accountable for its “secret, deception and cover-up” that allowed it to spread the corona virus all over the world. In May, he claimed that it was the “incompetence” of China that led to the mass deaths across the Globe.

The Corona virus which first originated in Wuhan in December last year has claimed over half a million lives and infected more than 11 million people globally. The US is the worst affected country with over 1.2 hundred thousand deaths and over 2.8 Million infections, which actually harm the economy of US like never before. The loss is colossal and it may take several months or may be year to recover from the aftermath of Corona Virus.

China has been on the receiving end for last couple of months because of its pathetic handling of Corona Virus crisis. If that was not enough China indulged in Military advancements or political issues with several of its neighbors. World leaders from United States to Canada to the United Kingdom, India, France and Australia have been openly criticizing China’s national security law imposed on Hong Kong. China is facing global heat over its 2 months long standoff with India at Line Of Actual Control in Ladakh.

On the other hand, China has been denying claim of its “botched up” approach towards coronavirus outbreak and has accused the US of attempting to divert public attention by insinuating that the virus originated from a China, they even blamed US Army for spreading this deadly virus which has caused hundreds of thousands of deaths across the World.

President Trump has expressed disappointment over China’s handling of the COVID-19 pandemic and its expansionist approach many a times. Trump is the one who has started calling it ‘Chinese Virus’ instead of Corona virus. Shocked with China’s lethargic approach, President Trump did announce multi-part Blitzkrieg escalating confrontation playing out over trade, telecommunications, the media, student visas, the South China Sea, the corona virus and most recently, the question of Hong Kong’s autonomy.

Trump Administration has indeed taken multiple economic, Political steps to keep a check on China in recent months. Right from stopping funding to WHO to passing the bills to counter Chinese moves in Hongkong and Xinjiang province. USA has already sent its Aircraft Carriers in South China sea to put pressure on China. President Trump is leaving no opportunity to humiliate China for its sins.

Per sources, President Donald Trump is also considering several executive orders targeting manufacturing and immigration and several other domains, which will impact China up to a great extent.