The Wall Against Woke Culture 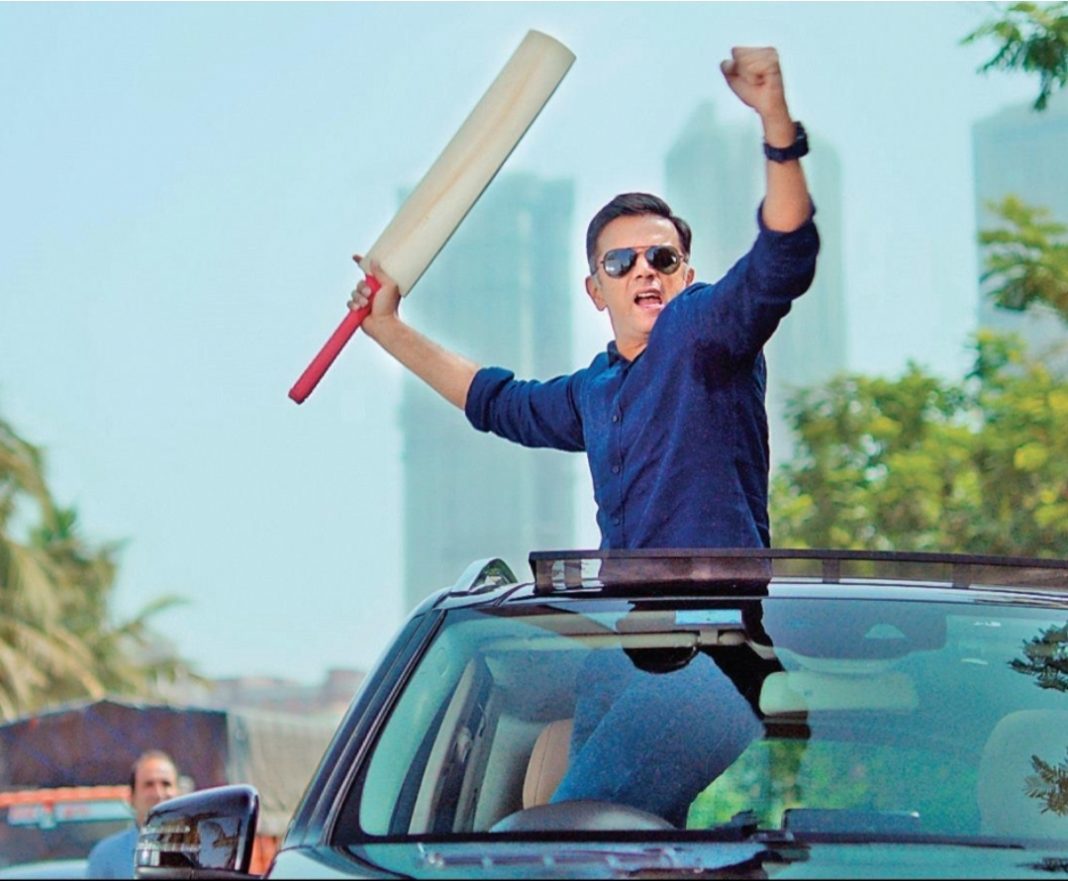 It is 14 years since Rahul Dravid resigned from Captaincy all of a sudden, in 2007 July.
He had lead India during the tumultuous Greg Chappell years. He was the Captain of the star-studded Indian Cricket team that was eliminated in first round of the Cricket World Cup 2007 in the Caribbean. He became only the second Indian Captain to win back to back Test series in West Indies and England later that year. Then India lost a close fought ODI series 4-3 to England. He resigned just like that. Only Dravid knows the reason and he never talked about that.
After a quiet and typical Dravid retirement in 2012, he went onto work with young talent and built an incredible bench strength that came to the fore during 2021 tour Down under.

Today, 14 years after he abdicated Captaincy in mysterious circumstances, Rahul Dravid has been forced to accept the job of Team India Head Coach. It’s quite obvious that Saurav Ganguly has practically tied him down with an offer he could not refuse. From his limited public uttering, most people understood Dravid wasn’t very keen on taking up the job. Perhaps, he didn’t want the job because of the incumbent Captain.
Considering Ravi Shastri leaves with “No ICC Trophy” but an overall incredible record as a Coach, Dravid inherits a pretty good team. In fact, an extremely good team. Two defeats in the T20 World Cup doesn’t diminish the overall excellence achieved by the team, especially in overseas tests. So managing Cricket won’t be Dravid’s greatest challenge. It’s going to be a different kind of challenge.
The Superstar driven “Woke” culture is one of the reasons Shastri didn’t opt for extension. He could easily have got an extension but he’s had enough of Woke culture and that’s why he’s leaving. History and statistics will remember Shastri as an extremely successful Coach without an ICC Trophy.

Coming back to Dravid, a return at the helm of affairs, albeit as a Coach is exactly “What the Doctor ordered” for Team India. Dravid had put Ram Guha in his place in 2007, when the “Eminent Historian” had come up with unsolicited advice. Today, Dravid needs to tell his wards, “Look Bro, activism and Gyān-do sessions and are not going to win you a World Cup. All the 3 World Cups were won by teams that had Zero Wokes and just competent players. Leave people to decide for themselves. Let politicians manage politics, activists do activism and Cricketers play Cricket. You’ll have a lot of time to indulge in activism and Gyān-do sessions once you’re out of the team. So plain and simple, concentrate on Cricket as long as it lasts.”
Dravid also must resist the overbearing influence of BollyDawood on Cricket. The Woke BollyDawood henchmen disguised as players have created enormous disillusionment and disgust among a big section of Cricket lovers.

Dravid must “weed out” Woke activism and bring Cricket back into Indian Cricket. That is going to be his major challenge.
It won’t be easy. Kumble failed badly and Shastri struggled to manage the Woke culture. Gentleman Dravid may have to become the Indiranagar Ka Gunda to fight the BollyDawood inspired Woke crowd. Else, he’ll end up being another Kumble and may have to exit midway, just like his Captaincy ended. That won’t augur well for future of Indian Cricket. Hence here’s wishing a well deserved success to “The Wall” against Woke culture.