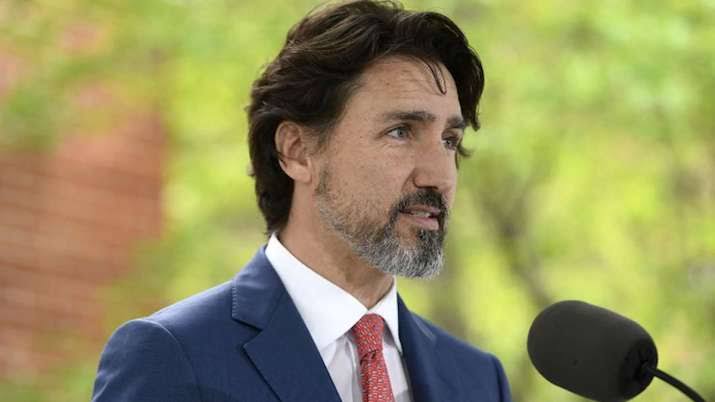 Canadians consider their country to be a free nation, but unfortunately the current Trudeau Government is moving toward levels of censorship and control over language that should gravely concern those who support ‘freedom of expression’. For those unfamiliar with the Canadian Laws, especially Americans, any discussion of possible state censorship in Canada often begins with the question, ‘But what about the Constitution?’ Likewise the Canadian Southern neighbours, Canada does indeed have a Constitution with its very own equivalent of the Bill of Rights, called the Charter of Rights and Freedoms. And like the Bill of Rights’ First Amendment, the Charter does offer protections for freedom of speech and expression. Specifically, Section 2 of the Charter states that:

(a) Freedom of conscience and religion;
(b) Freedom of thought, belief, opinion and expression, including freedom of the press and other media of communication;
(c) Freedom of peaceful assembly; and
(d) Freedom of association.

With language like that, it would be easy to assume that Freedom of speech is as protected in Canada as it is in the US. However, unlike the Bill of Rights, the Canadian Charter of Rights and Freedoms actually begins with, strangely enough, a limitations clause, which explains that:

So, sadly, none of the Canadians do not have inalienable rights, in the American sense. Any “rights” that Canadians have are subject to “reasonable” and “justified” limits, which in practice, essentially means any limits that the government wants. And although Canadian free speech has always had tenuous legal protections, historically, a sense of common law protection has shielded Canadians from at least the most egregious violations of freedom of expression.

However, under the Liberal Party and Prime Minister Justin Trudeau’s leadership that is no longer the case.

Canadian government is often accused of ‘assault’ on free speech over proposal to police videos posted on the social media; and
Compelled speech and gender identity;

In the year 2016, one of the first warnings that free speech in Canada was in danger, came in the form of Bill C-16, an Act to amend the Canadian Human Rights Act and the Criminal Code. Supporters of the Law assured all Canadians that the bill simply aimed to add gender expression and gender identity as protected grounds against discrimination.

However, despite this seemingly innocuous intention, Canadian Professor of Psychology Jordan Peterson, who first rose to prominence because of his opposition to the bill, quickly realised that by protecting gender identity and expression, Bill C-16 was in practice an attempt to legislate compelled speech. ‘Correct’ pronoun usage was already becoming the norm on college campuses, like the University of Toronto where Peterson taught. With Bill C-16, Peterson believed that Canadians could soon face a reality where using the incorrect pronouns to refer to someone would be considered discrimination against their gender identity.

Critics famously dismissed Dr. Peterson’s perspective as the railings of a paranoid bigot, assuring the public that compelled speech was not a provision of the bill.

In March of 2021, a father was arrested and held in contempt of court for refusing to use his daughter’s preferred pronouns, and for opposing the child’s gender transition in a bitter legal battle with his daughter’s mother.

Bill C-10, An Act to amend the Broadcasting Act, is another initiative that the Trudeau government has championed, and although much less publicised, than Bill C-16, its implications for the Canadians are perhaps even more sinister.

The bill’s language is vague, some have argued purposefully so, but its general purpose is to subject online entities, such as Netflix and YouTube, to the same Canadian broadcasting standards as traditional media. This means that social media platforms and streaming services would be forced to finance and promote a certain amount of Canadian content in order to operate in the country.

While such a provision is arguably an overreach of the Government power, it isn’t necessarily a violation of individuals’ freedom of speech. But because of the bill’s ambiguous wording, some fear that the result could mean that online Canadian content creators (or perhaps even all social media users) would be held to the same publishing regulations and standards as broadcasters, such as television channels.

Bill C-10 was passed by the House of Commons recently, and is awaiting passage from the Senate.

With the controversy over Bill C-10 still ongoing, this week Canada’s Minister of Justice and Attorney General David Lametti also announced the government aims to take further action against what they have nebulously defined as ‘hate speech’. In a statement from Lametti, he claimed:

“Canadians expect their government to take action against hate speech and hate crimes. These legislative changes would improve the remedies available to victims of hate speech and hate crimes, and would hold individuals accountable. The actions we are taking today will help protect the vulnerable, empower those who are victimised and hold individuals to account for the hatred they spread online.”

Of course, since Canada already has laws against hate crimes and incitement to violence, it’s difficult to view this new initiative as anything other than an attempt to clamp down on unpopular opinions. Unless something is done to stop this, in the not-so-distant future, Canadians may be in the same boat as some Europeans, where controversial Facebook posts are enough to lead the police to your door.

When looking at the justifications for limiting Canadians’ free speech, one saying comes to mind: ‘The road to hell is paved with good intentions’.

Canada’s warmth and accepting nature are some of the many attributes that have made it a favourite destination for tourists and immigrants alike. But unless its citizens are able to contend with the sometimes uncomfortable fact that for freedom to exist, intolerance cannot be censored, the country will no longer be able to claim the title of the True North, Strong & Free.

And the west blame India that it suppresses freedom, where popular film actress names her son as Taimur, who killed around 4% of the world population at that time in a single carnage and the actress is not banned!

Can anyone name their kids Hitler in Israel? Never. There is national pride in their actions.