The importance of Chanting the name Of ShriRam. 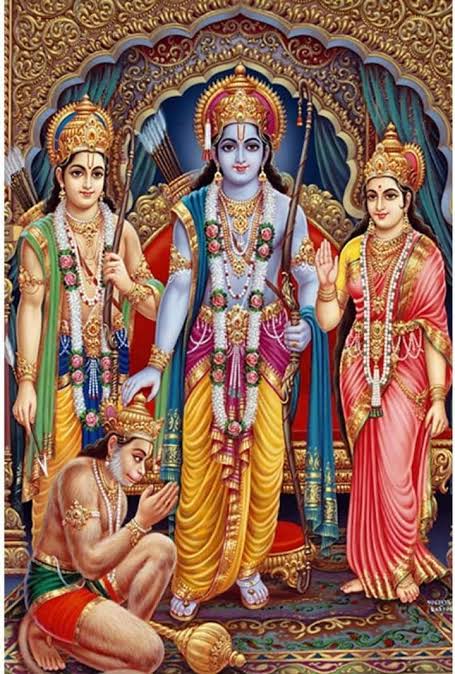 There is this small incidence recorded by the Dasavarenyaru of Karnataka.

The battle between Shri Rama and Ravana was fierce. Every day many of the Vanaras from Shri Rama army and the Rakshasas from Ravana army were injured and exhausted. The Rakshasas observed that the very next day all the injured Vanaras were revivified to fight against them again. Some of the Rakshasas wanted to know the secret behind it and enquired the Vanaras. The answer the Vanaras gave was that the chanting of “Jai Shri Rama” which rejuvenated them.

There is no need to be agitated or annoyed at the chanting of “Jai Shri Ram” it is the chant that pumps in the vital energy into the system. If one is a Hindu and has not even once uttered the name of Shri Rama, his pall-bearers will chant “Ram Naam Satya Hai” (Rama’s Name is Truth). “Ram Naam” holds the meaning “the name, Rama”, which carries devotion to Shri Rama, who is Maha Vishnu. The continuous chanting in a loop implies that the dead body is no longer the truth, as the Chaitanya (Consciousness) is no longer in it. Chaitanya is referred to as Rama and Pranayavu is Hanuma. When the Mukyaprana (Vital Breath) leaves the body, the Chaitanya also departs. Anything devoid of Rama is Asat (Unreal).

Chanting of Rama Naam, would redeem of all the bad thoughts flourishing from the interaction with the external world and help look within into one’s own reality.

The two letters RA and MA in the Hindu manthra Shastra are called the Beeja Aksharas which have the power to drive away the ominous thoughts that would pile up in the mind while interacting with this mundane world. Utterance of RA MA will keep one away from attachments. RAMA is the embodiment and personification of Dharma, the righteousness which is the ultimate TRUTH or Satya.

Chanting the word “Rama” at the eleventh hour by the individual or his associates will ease the Pranavayu to leave the body. When the Pranavayu leaves the Manas (Mind) which is the cluster of thoughts too will detach from all the attachments it had including the body.

Also when Uma asked Maharudradeva, “O, my beloved, what is the short method to recite Vishnu Sahasranaama (if I am not able). What is to be chanted instead? Maharudradeva is said to have told, “O beautiful one! Chant Rama Rama Rama which rejoices the mind. It is equal to thousand name of Vishnu.” Even Shri Rama was unaware of the significance of chanting His name.

In Ramayan while the bridge was built to reach Lanka, the monkey troupe hurled the boulders chanting “Jai Shri Ram”, the name of Shri Rama and the rock floated and they could form a bridge. Watching this Shri Rama took a pebble near His feet and dropped it in the ocean it sunk. Shri Rama was amazed at it, Hanuman who was watching Shri Rama from behind told, “We are more powerful than You, We have the backing of Rama Nama to do the impossible possible.” Such is the power of chanting “Jai Shri Ram”.

Universalist and Fatalist who believe in “VASUDHAIVA KUTUMBAKAM”