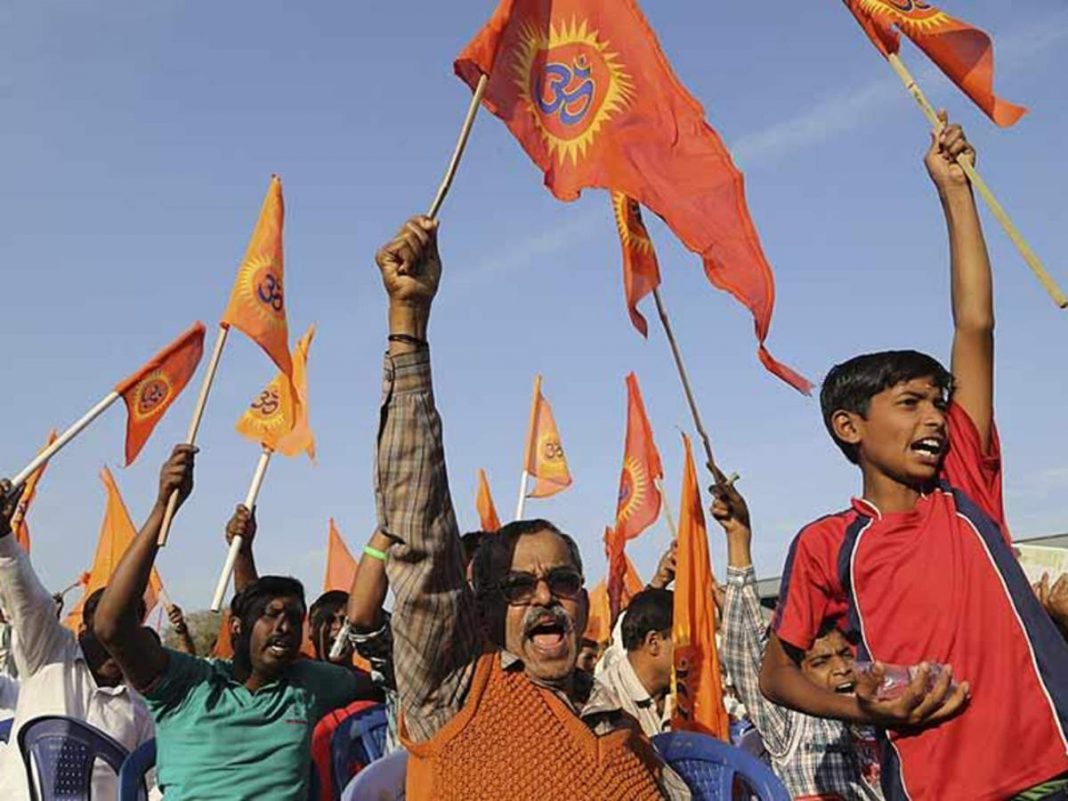 Agree to Disagree
The so called “Hindu Right” is not homogenous with a unitary thought process and ideological allegiance. What we see as the “Hindu Right” is actually a spectrum of diverse sets of people and ideologies that includes hardcore Hindutvawadis, soft Hindutvawadis, Hardcore Indians–Bharatiyas, anti-Left, anti-pseudo secularism, anti-pseudo liberalism, anti-Islamism, Economic Right Wingers, anti-Congress, anti-Socialism, supporters of development with some dose of socialism, etc, coming together to support BJP and India. This is why the perspectives, opinions, etc of pro-BJP/pro-India people will be equally diverse. Right from economic policies, to foreign relations and policy, to national policies, “Hindu Right” is divided on opinion, unlike Muslims and Leftists who are militarily regimentized and caderized in their worldview and position. This is the reflection of the underlying philosophical foundation on which Hinduism stands vis-à-vis Islam, Communism, and Liberalism.
The way I see is: Islam, Communism, and Liberalism are Abrahamic concepts and political ideologies. Having root in Abrahamics, they believe in only one God, one Book, and one Messenger. This is how monotheism works. They reject the existence of any other alternative and multiple worldviews, beliefs, perspectives, and facts. This is the reason it is stifling and they silence all opposition and dissent. This is exactly why we are seeing the rise of BJP in India and decline of Liberalism not just in India but also in other countries. Compare this with Hinduism, that is polytheistic in nature, and various religious philosophies co-exist together without any conflict or supremacist tendencies. This is why Advaitawaad is not in conflict with Dvaitawaad, Shivaism is not in conflict with Vaishnavism, unlike Sunnis and Shias fighting with each other.
This is what BJP has at its base to grow the organization. From hardcore socialists starting with RSS to hardcore capitalists like Vajpayee and Modi, from opposers of FDI like SJM to proponents of FDI like Modi and Yashwant Sinha, from hardcore hindutvawadis like Gadkari to centrist libertarians like Arun Jaitley and Nirmala Sitharaman, BJP has managed to bring people from diverse ideological leanings together with single objective of serving the nation and working together for development, welfare, and betterment of Bharat Mata. What remains non-negotiable is national interests and having heart at the right place. I am sure Modi and even Mohan Bhagwat Ji would be facing a challenging task of balancing various diverse opinions, views, and arguments that counter each other, based on their ideological leanings within the larger spectrum of “Hindu Right” to arrive at a middle path and give a hearing and discuss and deliberate on varied views. This is how RSS was able to move away from its hardcore socialist stand to a centrist position and BJP is not going extreme right in its economic policies. While taking a stand on labour reforms, RSS backed BMS had taken a very communist stand in the past, but has watered down its demands. This happens only when there is an open dialogue within the organization and between organizations and people who fully or partially agree with and believe in what BJP and / or RSS stands for and does.
This didn’t happen in Congress and whatever Gandhis and their coterie of chamchas said and did was believed to be the ultimate and final truth. This is why Congress saw a severe downfall in public.
This churning of the ocean of ideas and opinions or the vichaarsagar manthan, brings positive results as it delivers drastic and revolutionary ideas that has made BJP successful.