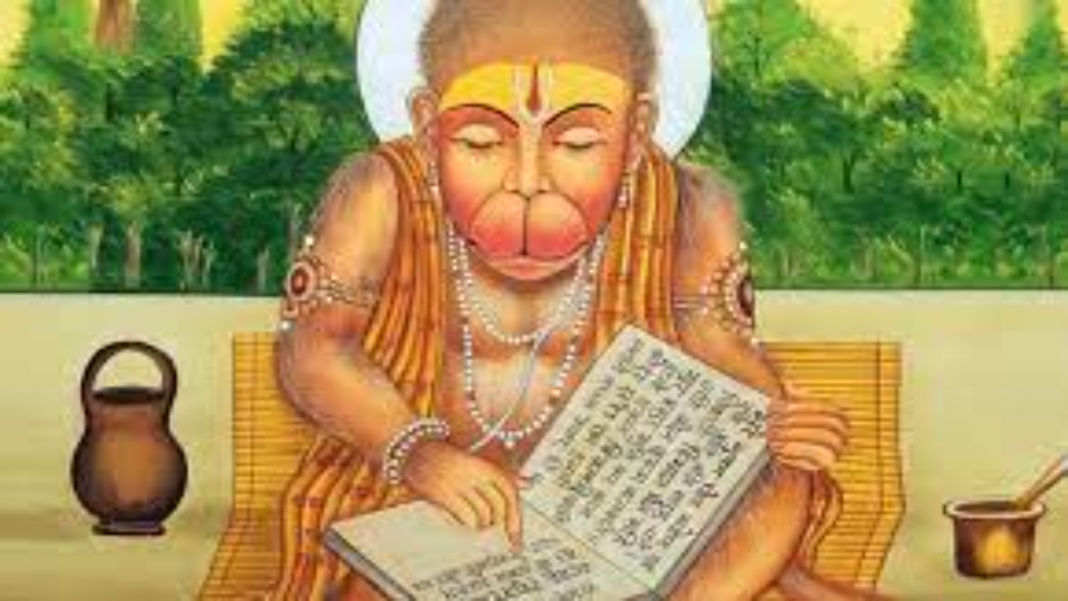 Pawanputra Hanuman is Lord Shri Ram’s greatest devotee. He is a brilliant scholar and student of the scriptures. Because of Shri Ram’s dedication, he gained several siddhis.

Although several Ramayanas have been written on Shri Ram, two of them are particularly well-known. One is Valmiki’s Ramayana, and the other is Tulsikrit Ramcharit Manas. Hanumanji is claimed to have written the Ramayana first, but then he made it flow into the ocean.

On a rock dedicated to Lord Rama, Hanumanji authored the Ramayana. He wrote with his fingernails. This narrative was written before Valmiki. Hanumand Ramayana was its name.

Hanumanji traveled to the Himalayas after Shri Ram defeated numerous demons, including Ravana, and they returned to Ayodhya. He used to write the Rama narrative with his nails there. Valmiki had also finished his novel here. It was his genuine desire that this book is presented to Lord Shiva. He traveled to Mount Kailas to give this book to Shiva. There he came upon Hanumanji’s Ramayana.

Valmiki was a talented poet, yet he was taken aback when he saw Hanuman’s creation. Valmiki was taken aback by the fact that a warrior could build such a lovely thing. He admired Hanumanji’s poetry, saying, “My writing is nothing in comparison to your creativity.”

Hearing this, Hanumanji thought, Valmiki is a poet and a Shri Ram devotee. What if his poetry isn’t as wonderful as his?  In it is Lord Shri Ram’s glory! Hanumanji then took the Ramayana-written rock and plunged it into the ocean. As a result, Hanumanji threw the rock into the ocean, and Ramayana was eternally absorbed in the water.

Ssanjnna Gupta
Previous articleUttar Pradesh government to give students Rs. 1200 for uniform and stationary
Next articleTwitter confirms September 13 as a day for shareholders to vote on Elon Musk’s USD 44 billion takeover
- Advertisement -