The faux pas of Kejriwal 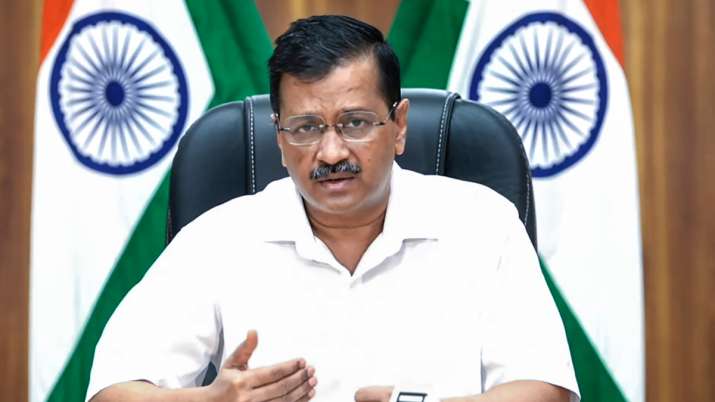 Arvind Kejriwal, over smart, extra intelligent, ex IITian and ex IRS officer, named Singapore in a recent faux pas during his daily press briefing. The Indian press loves this ‘joker’, who is a butt of jokes on the social media. He does not realise that his loose talks will spoil India’s relations.

Now open the high school map and see where India and Singapore is located? What one will notice is that Singapore is the mouth of “Malacca Strait”, strategic location of Singapore at one of the most important shipping lanes in the world.

Malacca Strait, the Strait of Malacca or Straits of Malacca is a narrow stretch of water, 580 miles in length, between the Malay Peninsula and the Indonesian Island of Sumatra. As the main shipping channel between the Indian Ocean and the Pacific Ocean, it is one of the most important shipping lanes in the world. A troubled relationship with Singapore will be dangerous for Indian security and great benefit to China.

Arvind Kejriwal tried his best to play in the international waters, and that’s why MEA and his team jumped into prevent a diplomatic row with a friendly nation. The Strait of Malacca is a strategic waterway between Indonesia and Malaysia through which the majority of Chinese imports pass.

Kejriwal does not realise that:

India is the 2nd largest demographic state in the world, and it is set to surpass China on that front in the near future, and with a high percentage of its population being young, to boot. China may feel the need to act now, when it has a chance at constraining India, rather than a few decades down the road, when India becomes the most populous nation and its economy becomes the 3rd largest in both nominal and PPP GDP.

India already boasts the worlds’ largest all volunteer military force, and has the 4th greatest concentration of power on the planet earth. India also became the third largest defense spender in 2020. India’s prowess was demonstrated in the Ladhak skirmish, where Chinese soldiers were beaten ‘black and blue’ and were scarred to fight them.

India has been a nuclear power since 1974, and in 2018 it became one of only a handful of nations with an operational nuclear triad, with the first successful deterrent patrol of the INS Arihant SSBN.

India is now the world’s 4th nation with an indigenous ASAT capability, demonstrated in 2019 with a hit-to-kill shot at an altitude of more than 280 km, on an Indian satellite in Low Earth Orbit (LEO) with a perfect kill.

India entered into the ranks of the top economies in the world, becoming the 5th largest economy in absolute terms and surpassing the UK, the former colonial overlord. One consequence of this was a call by former US President Donald Trump to include India in the next G7 summit, which was to be held in US, with a view to making India a permanent member of the club.

India has not just sat back and watched Chinese activities from its window. It has been quietly constructing its own ports and basing arrangements, a ‘Network of Diamonds,’ outflanking China’s attempts to box India into the subcontinent. As of 2020 India has agreements for port and basing rights with the Maldives, Madagascar, Singapore and Oman, and is close to finalising a deal with the Seychelles for the use of Assumption Island. Additionally, India now has reciprocal deals with Australia and France to use each other’s Indian Ocean facilities for military purposes, as well as disaster relief and other non-war missions. India has signed strategic treaty with Netherlands. So the Chinese ‘String of Pearls’ is being actively countered.

Finally, India has greatly strengthened its forces at the critical Straits of Malacca area. It has created a tri-service command for the strategic Andaman and Nicobar island chains, and now has advanced, long range forces based there, such as the P-8I Poseidon MPA. This advantageous position near a critical choke point in maritime trade for China gives India immense leverage in strategic confrontations.

In strategic terms, the ‘game’ is far from over. Both India and China are still rising and are in the early stages of jockeying for position and carving out various spheres of economic, political, and military influence, as well as determining their absolute ‘Red Lines.’

The two giants have different ways of approaching the world as they grow in power and influence, and we are now beginning to see the effects, appeal, and strategic outcomes of those actions. The recent China virus pandemic brought great support to India with aid and even our neighbour Bhutan gifted us oxygen.

Singapore High Commissioner has already warned Kejriwal that they have Protection from Online Falsehood and Manipulation Act (POFMA) to mitigate misinformation and we (Singapore) reserve right to invoke POFMA on assertions made by CM of Delhi. However we’re satisfied with GoI’s clarification. The matter seems closed.

This is the Chinese Template of Congress Toolkit played by NATWARLAL.

The government of India must do the following immediately:

Revoke the diplomatic red passport issued to Arvind Kejriwal and his family;

He must be warned to keep his mouth shut on international affairs;

A warning letter must be given to the Chief Secretary of Delhi, by MHA.

A demarche can be given to him by the Foreign Secretary.

Such monkeys must not be given blades to shave even their own beard!