No Human Rights for Muslims in countries like Yemen and Afghanistan, but Muslims want to wipe out Israel for human rights in Gaza 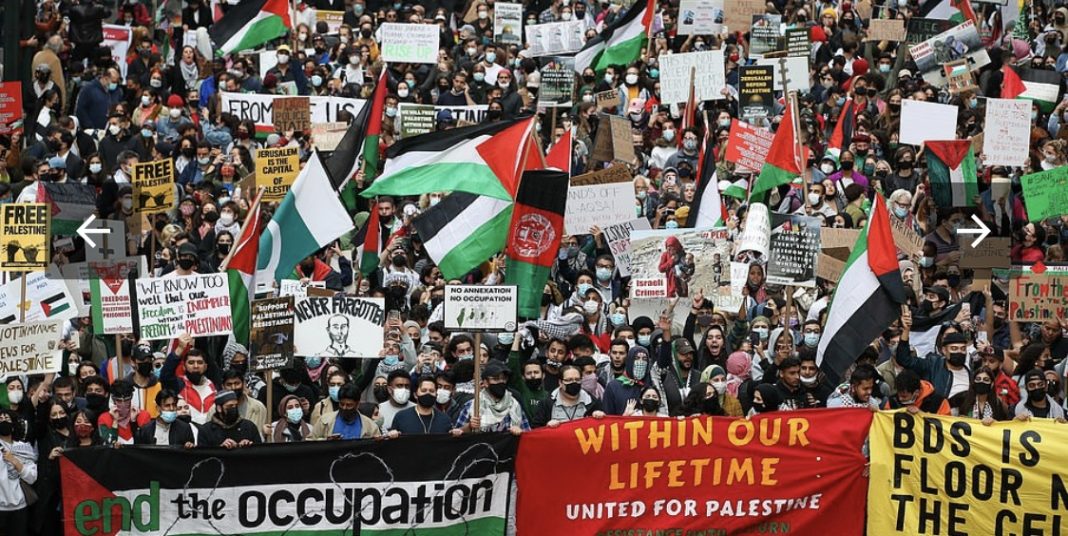 The Muslim protestors across the globe are outpouring their anger to convey that Israel is violating human rights by launching counter-offensive against Hamas in Gaza strip indiscriminately. Protesting Muslims want world citizens to stand against Israel for fighting like a warrior to protect its citizens. They want world leaders to teach Israel a hard lesson for paying Hamas back in their own coin. But, are the Muslim protestors custodians of Human Rights? Are the angry demonstrators demanding to defend human rights in Gaza strip and in Palestine? Or are they mere supporters of Hamas, a radical militant organization?

“Down with Israel, Down with Zionists” are the slogans Muslims are shouting all over the world, while they are marching and protesting against Israel for protecting its citizens. Protestors in London didn’t mind to shout “this is London, fuck the Jews, rape their daughters.” They are also calling on to boycott Israeli products. However, it was Hamas, which was the first one to launch dozens of rocket attacks in Israel cities, killing several Israeli lives on 10 May after 2014. But, Muslims all over the world are angry and infuriated. Should a responsible citizen support a protest shouting “Death of Israel?”

Hamas, which was founded in 1980, has opposed the late Yasser Arafat’s Palestine Liberation Organization (PLO), since it was formed. Unlike Yasser Arafat’s PLO, Hamas does not recognize Israel’s right to live. Its emblem displays the Dome of the Rock in Jerusalem, and the outline of the territory of Israel, Gaza and the West Bank as a single Palestinian state. In October 2017, a Hamas leader, Yahya Sinwar said, “Hamas would never recognize the Israel State, instead it would discuss when to wipe out Israel.” Henceforth, if Hamas lays down its arms, there would be peace in the region. If Israel stops fighting, it would stop existing.

Muslims are supporting Hamas, which outrageously doesn’t recognize the human rights of Israel. A disturbing question looms large in people’s minds; why are protesting Muslims across the globe frenzied about Human Rights of only Palestinians and Hamas? Why Muslims butchering Muslims in Islamic countries doesn’t offend and disturb them?

On 8 May, 90 people including 50 young school girls were slaughtered and scores were injured in Sayed-al-Shuhada Girls’ school in Kabul after a car bomb exploded outside school. Mutilated bodies of school girls were scattered all over the school with their bloodied backpacks and books and smoke rising above the school. The heart wrenching and tearful visuals didn’t move the Muslim community all over the world? Why no outrage in any part of the world over the brutal killing of innocent school girls in Afghanistan?

On 12 May, 2020, almost exactly a year ago, a bunch of gunmen entered a maternity unit at a local hospital in Kabul and opened fire butchering 24 women, children and newborn babies. Did Muslim community in any part of the world, feel the pain of new born breast feeding babies being killed with their mothers? Did Muslims run with placards with the message of SAVE HUMANITY IN AFGHANISTAN?

Muslims butchering Muslims in Islamic countries is the second stage. First stage is Muslims wipe out non-Muslim minorities in their countries. Yazidi, one of Iraq’s oldest minorities is facing genocide by ISIS Jihadists. Yazidi women are kidnapped and kept as sex slaves. Sometimes, Yazidis are buried alive. Are there any Human Right Activists for Yazidis, who are enduring genocide?

Economically shrunk and dependent Pakistan, which is openly threatening Jihad in Israel, has annihilated Hindu and Sikh populations by forcibly converting and killing them? Hindus and Sikhs constituted more than 20% of Pakistan’s population. Today, they reduced to less than 2%. Where have Hindu and Sikh population disappeared in Pakistan? Did International Human Right Activists raise this question?

Such pictures of Muslims killing Muslims in Islamic countries, Muslims wiping out non-Muslim minorities are tip of iceberg. Their truth is much more disturbing and depressing. However, no Muslim made effort to draw attention towards world’s most urgent humanitarian crisis in Yemen, butchering of women, children and new born babies in Afghanistan, genocide of Hindus and Sikhs in Pakistan and massacre of Yazidis in Iraq.

Who are protesting Muslims shouting “Down with Israel, Down with Zionists?” Are they human right defenders or supporters of Hamas, which does not recognize Israel’s right to live and which was classified as a terror organization by the US and EU? The world must find the answer before lending support to such a protest.