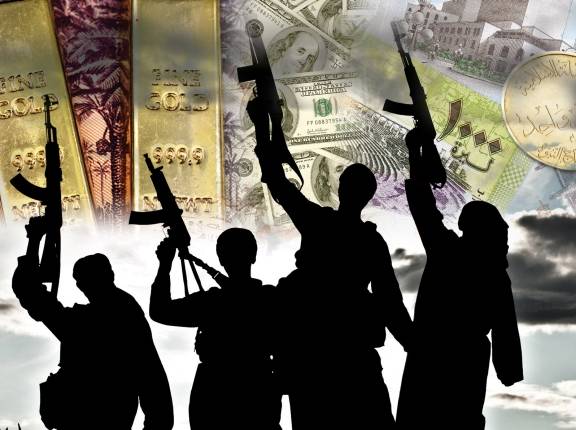 Terrorism is not alien to a religious fanatic defending his religion. To him religion was, is and will be a reason to terrorise. In recent times Islamic fanatics have taken the means of terror in the process of globalisation of Islam. Islam as a religion has outgrown any other religion because of its aim to make the whole world Islamic, they are now almost 1/3rd of the globe.

There are fanatics in every religion. Every time a child is taught to blindly follow an authority personality who claims his morality springs from the “holy book”, a little fanatic is moulded for the future. Fanaticism arises out of dogma, but going to the extreme of killing anyone in the name of religion and God is an act of stupidity.

When we think of mass murders the names of Adolf Hitler, Vasili Blokhin, Joseph Stalin and Mao Zedong come before our mind. However, the alarming truth is that in the name of Islam much more killing have happened than any of these and may surpass all of them combined in numbers and cruelty.

Islam does not encourage terrorism but it encourages “Jihad” which has accrued both violent and non-violent meanings. A few of the so called liberals have reiterated many times saying that Jihad is a non-violent way of spreading Islam. If so, one among the four types of Jihad is “Jihad Bis Saif” (Jihad by the Sword), what does this mean??? Now, don’t tell that it is to fight inner enemies, to fight the inner enemy knowledge and awareness is sufficient, you do not need a sword. For a fanatic, what started as a simple faith becomes a virus which later on infects the healthy organ of the society.

Earlier centuries ago, it was Bhakhtiyar Khilji killing Hindus at Gahadavala, Timur killed millions in Timurid massacre of Hindus using Islam as the reason. Mohammad Ghori too attacked Hindu temples in the name of Islam. Allaudin Killji, Akbar, Aurangzeb, Tipu Sultan were fanatics who were victorious over Hindus. They believed it was Allah’s will to terrorise. This is the way the fanatics justified their atrocities. There are instances where the some pious  “Khawaja” have got involved in the mass massacre and mass conversions of Hindus.

Even today, Terrorism is identified with Islam, because those indulging in terrorism justify their acts with the reference from Quran, and there is no outright condemnation though. In the enthusiasm to see their religion swell across the world the community remains silent which is the most dangerous thing to happen for Islam.  Media certainly should play an active role, but they seem to defend these morons. Either they are frightened to expose them or they are exploiting the circumstances to keep their viewers rating high.

These Islamic fanatics have included the rebel ethnic groups in region to spread terror. National Thowheed Jamath in Sri Lanka which terrorised in the churches on Easter Sunday is one such rebel ethnic group which targeted innocents.

A few of Janata Dal (Secular) workers who campaigned for the party in the 2019 Lok Sabha elections were on a tour to Sri Lanka. They are now among those killed. With heavy heart I feel it is barbarism to attack those who are no way connected with the issues one is fighting for.

The fanatics of Islam have been using Jihad as a tool and caused much harm to humanity. So, if muslims want the world to stop identifying them as terrorists, then it is up to them to change the perspective. That will only happen when a reform will come from within itself. Islam as a faith has to transform. This is how it has happened through out the history.

In developing countries if there is no counter-terrorism pressure there will be ungoverned spaces that are used as terror sanctuaries and terrorist training camps with insurgency and infiltration threats.

Sreeram Manoj Kumar
Previous articlePopulist Election Manifesto : A Ticking Economic Time Bomb for Anarchy
Next articleIs it end game for MVA in Maharashtra ?Will the car full of explosives lead to a political explosion?
- Advertisement -