SUDDEN COVID CLAMPDOWN IN MIDNAPORE, A DISTRICT BORDERING ODISHA – IS IT A PLOY TO STALL THE RATHYATRA CELEBRATIONS? 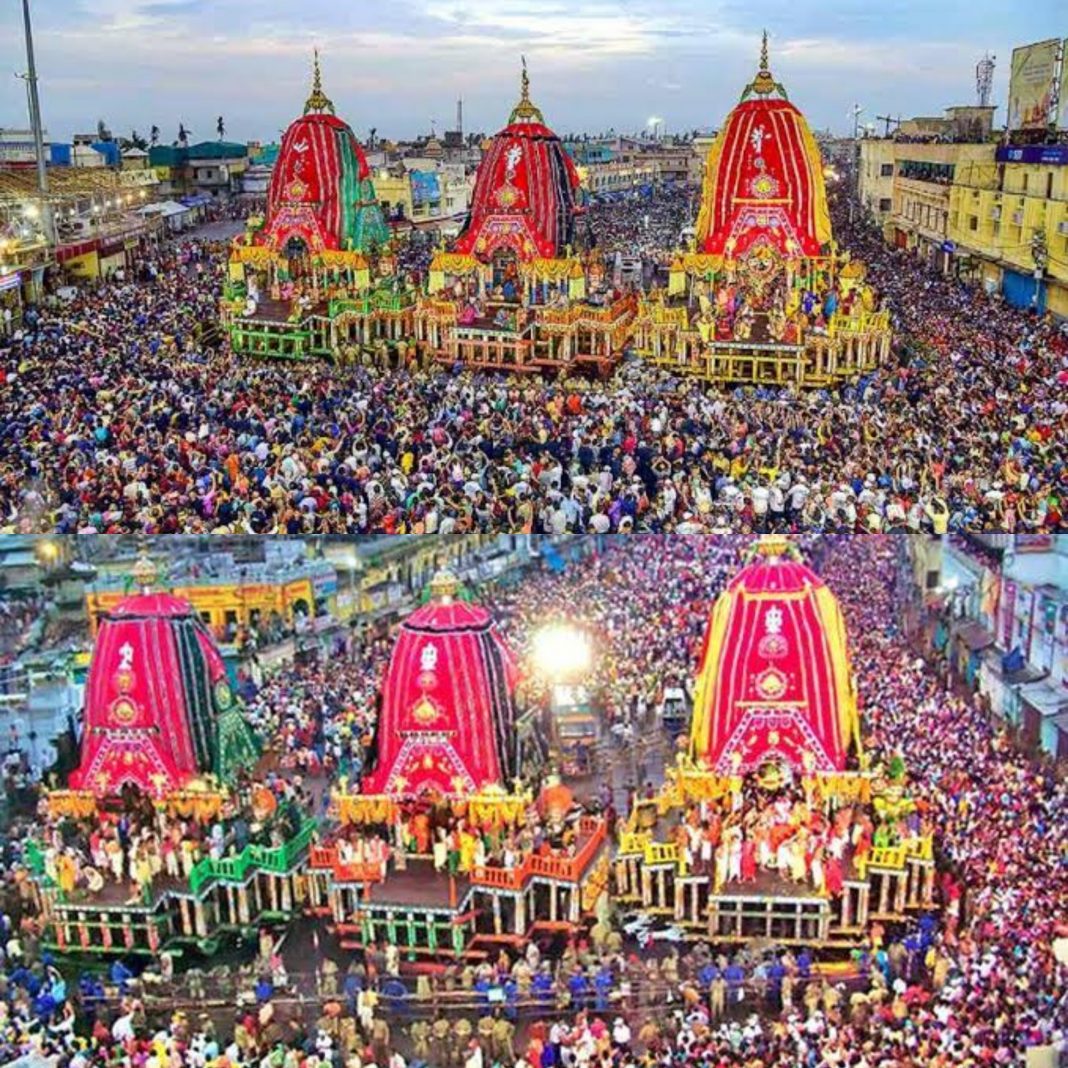 Rathyatra is an extremely important Hindu festival. Besides commrmorating Bhagwan Jagannath’s annual visit to the Gundija Mata Temple at Puri, starting from the sacrosanctum of the Main Jagannath Temple along with his siblings – Balbhadra and Subhadra, the day marks the initiation of Durga Puja,  the major festival of hindus all over, specifically in Bengal, by way of Khuti Puja (worshipping and sanctifying a bamboo stick, earmarked as a ‘Khuti’ or foundation of the Durga Puja pandal) and Kathamo Puja (worshipping the basic structure of the Durga Murti). Rathyatra this year will be celebrated on the 12th of July, i. e next Monday.

Though the primary venue for the festival is Puri, Odisha, it is celebrated with pomp and gaiety in each part of the country.  Rathyatra in Bengal assumes almost equal significance and piety with Mahesh, Serampore being the second most important venue for the festival, after Puri. The other places worth watching out for are Nadia, Jhargram and Midnapore.

However, the residents of Kharagpur in Midnapore district woke up on Wednesday morning with the bizarre news of the various parts of the town being declared as Covid containment zones, despite the fact that the number of active cases have drastically come down. Even when Covid restrictions all over the state will continue till the 15th of July, as on date, the added restrictions for Kharagpur and other areas of Midnapore will continue till the 14 th of July, implying that the stringent Covid restrictions will remain in place on the day of Rathyatra in Midnapore, where Rathyatra is generally celebrated in a big way, more so since it is a district bordering Odisha.

Bengal BJP Chief, Dilip Ghosh, while expressing his reservations and discontent regarding the sudden ‘Lockdown’ imposed by the District Administration, during his Press Conference on Wednesday stated –“We saw that the West Bengal government imposed the Lockdown post Eid in May, even in the midst of rising Covid infections just to appease a particular community but they have decided to impose strict lockdown restrictions in Kharagpur and parts of Midnapore upto the 14th of this month, which would include the day when a major hindu festival, Rathyatra will be celebrated. We feel that this has been done with the intention of hurting the sentiments of the largest religious community of the country and is aptly condemnable.

The District Administration has acted at political behest because no major spread of the infection has been reported from the area to warrant such a step on their behalf. Such a hasty decision, in fact, may witness an upswing in Covid cases, what with people crowding the market places for panick buying and prices of essential commodities may, too, rise”.

The above statement of Sri Dilip Ghosh may have come as the aftermath of the post election analysis of the West Bengal Assembly poll results, which revealed that almost the entire Muslim population of West Bengal had voted in unison for the TMC, while a vast majority of the Hindu population had reposed their faith in the BJP. Joining the dots, such a step is anything but expected as a part of the appeasement and vendetta politics by the ruling dispensation of Bengal, which, the major opposition in the state have promptly highlighted. The question that the common man now may ask is that – Is it a precursor for things to come?