Slap of the FCRA Amendment Act locks down Amnesty International, which defended terrorists, rapists and stone pelters in garb of human rights 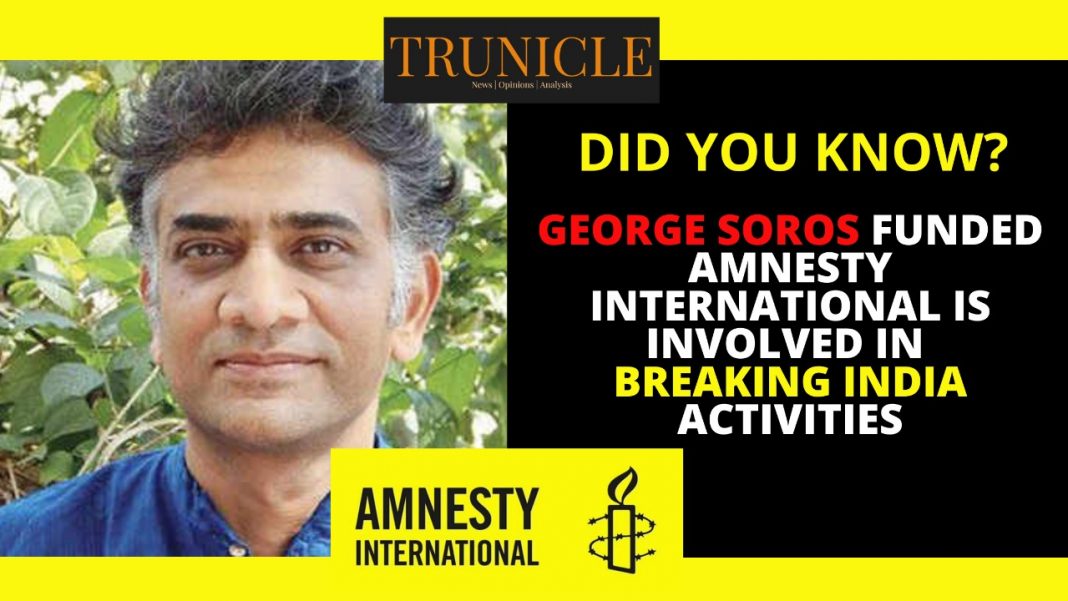 Amit Shahs image leadership quality & the fear he has created in the mind of his opponents.Here is one more short story...
Read more
General

What is the best way to meddle in internal affair of a country as huge as India by foreign forces to undermine its sovereignty? Set up an NGO under some fancy name like Human Right Activist. Provide all kinds of help to protect anti national forces like terrorist, rapist, stone pelters with dubious money. When the law takes action against the violation of money, call it witch hunt.

When Amnesty International India announced that it has halted its work on upholding human rights in India due to reprisal from government of India calling it witch hunt of human right organisation by the government of India, no one was amused. In fact, such knee jerk nasty reaction by Amnesty was quite expected.

On 5 August 2020, after a year of abrogation of Article 370, Amnesty released an update on human right conditions in Kashmir. How was Amnesty allowed into a zone, where human right condition is violated? Sensitive situation in Kashmir is India’s internal matter, how can an NGO be permitted to gain access into? Similarly, Amnesty tried to portray perpetrators of North East Delhi riots Tahir Hussain and his accomplices as victims.

On 13 August 2016, Amnesty organised an event in Bangaluru, where slogans were raised that Indian Kashmir should be part of Pakistan.

In 2016, former Amnesty International head Gita Sahgal had identified Amnesty had worked with a Taliban sympathizer called Mojjam Beg. She was forced to resign from Amnesty for exposing this connection.

Amnesty tweeted Amnesty International India’s bank accounts were frozen by the Government of India which it came to know on 10 September 2020, brings all the work being done by the organization to a grinding halt.

What is shocking is that government has alleged that Amnesty International had never registered under the FCRA, which is mandatory for any NGO or organisation to receive foreign contributions and funding. FCRA also empowers government to prohibit acceptance and utilisation of foreign contribution, if it is used to help anti national forces. Amnesty was openly supporting anti CAA protesters opposing a democratically passed law CAA in both houses.

Isn’t Amnesty India an NGO, which supports terrorists as well as their acts and end up being partner in crime of terrorism? And India must remind Amnesty, India didn’t invite Amnesty International into the country to fake defending of human rights.

The rations are only meant for Muslims, go back your home” was told to long queues of Hindus and other minorities, who...
Read more

Amit Shahs image leadership quality & the fear he has created in the mind of his opponents.Here is one more short story...
Read more
General