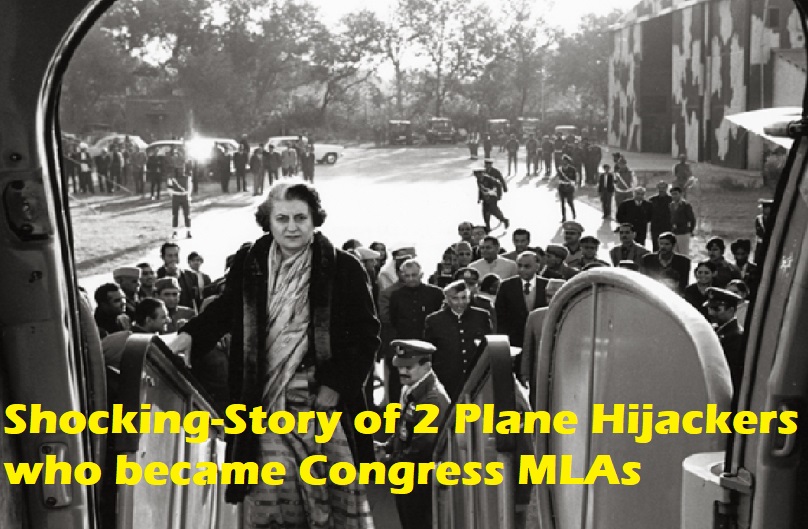 Indian Politics is unpredictable, anything and everything can happen in Indian Politics. If we are talking about Congress, then this is the only party which has demolished every possible principle. It has has always put family and power over everything and will continue to do so.

It may sound shocking or unbelievable to most, but yes its true that 2 Plane Hijackers indeed became Congress MLAs in our country. Both we awarded with plum posts and back to back Assembly and Lok Sabha tickets by Congress Party.

It all started on December 20, 1978 when 2 congress workers barged into the Plane Cockpit and then hijacked an Indian domestic flight IC-410. There were 132 Passengers and Airline staff available on plane. They forced the Airline staff to make an announcement that plane has been hijacked and they are flying to Patna. They were pretending to have carried guns, but later it was found that they were carrying only Toy weapons.

They had following demands:

The moment this news broke out, the State and Central Government were in shock and they tried to make contact with the hijackers and their family to ensure the release of hostages. After couple of hours, the father of one of the hijackers arrived at the airport and talked to his son over the wireless.

After hearing the voice of his father, the two men surrendered themselves in front of the media to waiting authorities, they were shouting pro Indira Gandhi and pro-congress slogans all this while.

Both were arrested on several charges including the allegations that they thought of killing all the opposition leaders in jail during the emergency in India.

Hijacking a plane is one of the biggest crime in India, and such person tried under severe Anti-Hijacking laws of India, which may attract from minimum sentence of Life imprisonment to maximum of a Death sentence. But you will be shocked to know about the kind of treatment given to these Congressi plane hijackers.

The Congress party rewarded them with party tickets for the 1980 state assembly election, to utter shock both won the election and became members of the legislative assembly of Uttar Pradesh. Bhola was elected as a Congress MLA twice, from 1980 to 1985 and 1989 to 1991 from Doaba and Ballia, whereas Devendra also became a member of the house for two terms, which is indeed very shocking.

Devendra served the party as a general secretary of Uttar Pradesh until recently. He is now nurturing the Sultanpur constituency in the hope of a Congress ticket in the next elections.

Bhola pandey also became General Secretary of Indian youth congress and secretary of Indian National Congress. He has unsuccessfully contested the 1991,1996, 1999, 2004, 2009 and 2014 Lok Sabha elections from Salempur as a Congress candidate.