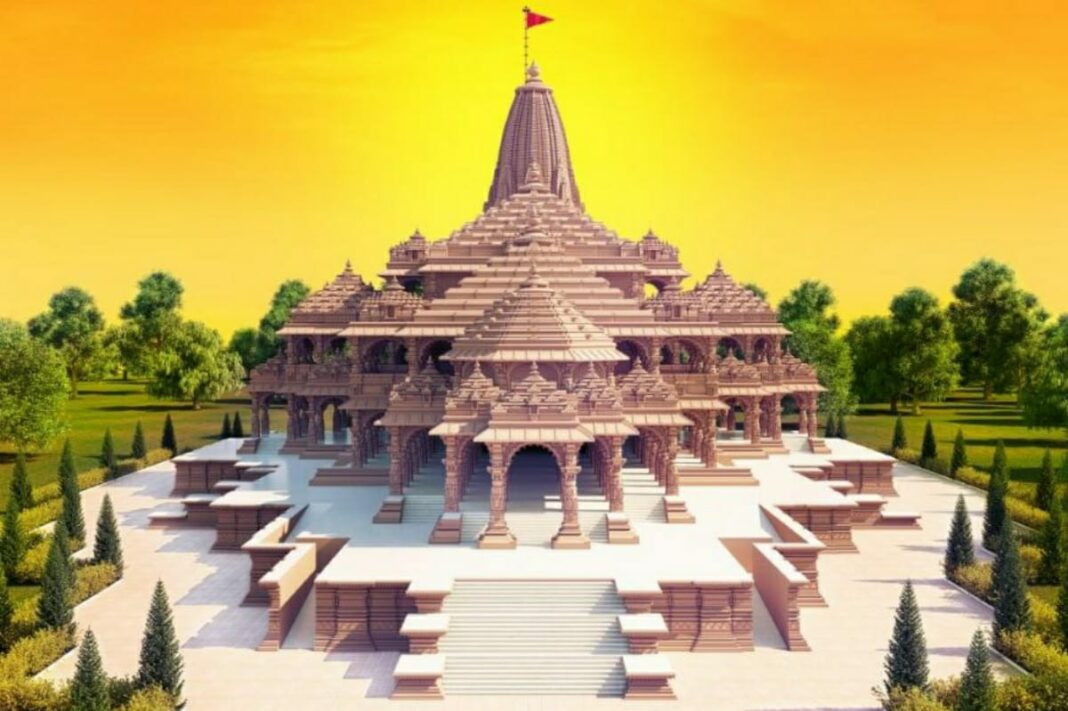 Sri Rama never set out one fine day to be a glorious warrior. He simply kept doing the tasks that were allotted to him with excellence (good work ethics), whether it was learning in Ashrama or slaying demons. When he was instructed by his father to live in exile, he did not know he was creating history.

He was simply acting out his principles, taking absolute responsibility, and solving each and every problem that came his way.

And in doing so, he expanded his area of influences, and became a LEGEND……

On August 5TH we are marking the second anniversary of the Ram Mandir Bhoomi Poojan in Ayodhya. The Ram Mandir trust expressed hope that the temple will be opened for devotees to visit by the end of 2023. The journey so far indicates the struggle of many who haven’t got their credits yet.

The Ram Mandir Trust assured that the devotees may see their ideal by the end of 2023 and added that the entire proposed construction will be finished by 2025.

On june 1, 2022 Uttar Pradesh Chief Minister Yogi Adityanath laid foundation stone of Ram Mandir’s Garbhagriha and paved a way to further the construction of the superstructure.

The story so far tells us the conundrum of ideology and persistence of truth. Lord Ram was a believer of Dharma. And the judgement verdict in the favour of building Ram Mandir was the indication of that firm belief. The temple has been a major electoral issue for the BJP and that favoured the judicial system also. The judicial system witnessed the progressive evidences that prove the existence of Ram Mandir and demolition of the same by Babur.

The wrongly built mosque by tyrant Babur was called, Babri Masjid and was demolished by Karsevaks in 1992. The accusations of demolitions were held on Lal Krishna Advani and many more. However, all of them were precluded from all kinds of accusations by Central Bureau of Investigation in 2020.

As we go back in 19th century, the first police complaint in Ayodhya dispute dates back to 1858 and following the case filed in 1885. For almost 150 years, the issue was not considered as matter of utmost priority. All the evidences were ignored in the name of maintaining public policy until 1992 when thousands of Kar sevaks climbed the Babri Masjid and demolished the encroached structure to re-establish dharma.

Many committees were formed to bring out the truth but yet the cause of the demolition remain unheard.

Then the decade of judicial pronouncement comes when at first The Allahabad High Court in its 2020 judgement trifurcated the Ramjanmabhoomi-Babri Masjid into three parts, with Sunni Waqf Board, Nirmohi Akhara, and Ram lalla each receiving a third of it.

The high court with due considerations of evidences and archaeological averments held that central dome of three dome structure where the Ram lalla had been kept in a makeshift temple was the birthplace of Ram. And ASI reports however, in the excavation found traces of demolition which confirm the averments made by the party praying for Ram Mandir before the court.

The judgement was challenged in the Supreme Court, which delivered the verdict in 2019 and overruled the judgement of Allahabad High Court and awarded the site to Ram lalla. The right of deity was upheld by the five judge bench after relying on the evidence.