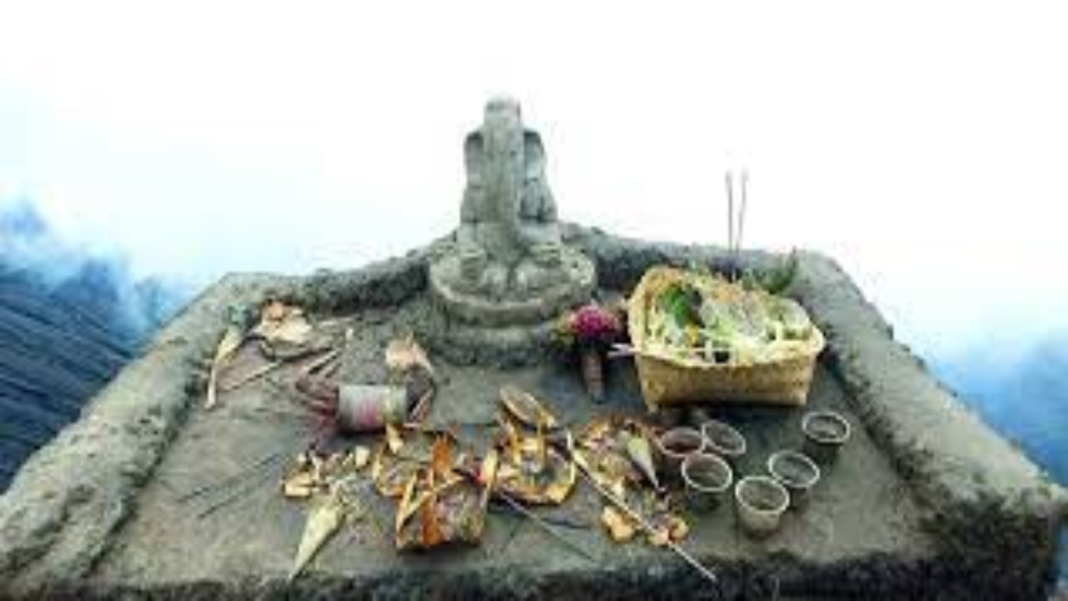 The Ganesh holiday is observed throughout the country, and Vighnaharta is revered in many locations. Almost all of the country’s Ganesh temples are decked, and people spend time every day performing puja and aarti. While the tradition of putting idols in many Ganesh pandals has its place, the great Ganesh temples have their own significance that should be highlighted. The darshan of the Siddhi Vinayak temple, like the darshan of Mumbai, is regarded particularly auspicious these days. But did you know that there are many Ganesh temples not just in India, but also in Indonesia and that Ganesh Ji has been present at the mouth of a volcano in Indonesia for 700 years?

Mount Bromo is one of the 141 volcanoes in Indonesia that are actively active. It is located in East Java Province’s Bromo Tengger Semeru National Park. It is reported about a Ganapati statue atop Mount Bromo, Indonesia’s active volcano. Locals think that this monument has been there for 700 years, despite the fact that it is a folk legend.

What is special about the Ganesh idol present here?

In Javanese, Bromo represents Brahma, yet Ganesha has a unique position in this volcano. Locals think that the idol near the volcano’s mouth protects the people who live there. There are many temples in Indonesia due to the country’s significant Hindu population. From Ganesh temple to Shiva temple, there are many Gods to be found here.

Javanese people dwell in the Java province. They think that their forefathers erected this idol. Ganapati devotion never ends here. Even if there is an explosion in this room. Actually, there is a custom known as ‘Yadnaya Kasada,’ which is observed on a specific day each year. It is a 15-day event that has existed since its start.

Along with the adoration of the Ganesha image above, goats are sacrificed, as well as fruits, flowers, and other offerings. It is claimed that if this is not done, the volcano would erupt and consume the inhabitants here.

Tell us what you think about this in the comments area. I also want to wish you a very happy Ganesh Chaturthi.