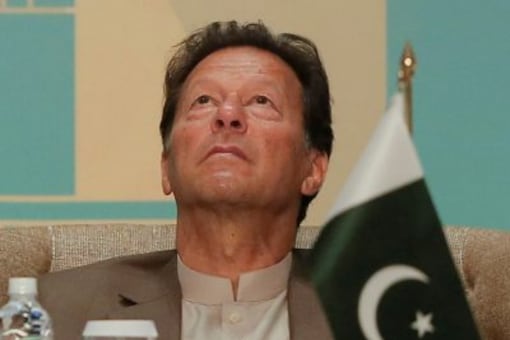 The ignominious exit of Imran Khan from power perfectly fits, the oft repeated cliché- `history repeats itself’. The recent nail biting drama in Pakistan lives up to what George Santayana, an American- Spanish philosopher said, “Those who do not remember the past are condemned to repeat it“.

Imran did’nt get the job because people of Pakistan wanted him. He was “selected”, as his lacerating critics say, for the office of Prime Minister, by the army through one of the most rigged elections in Pakistan’s besmirched electoral record.

Since then army is the fulcrum of Pakistan public life. Apart from several other things, all-intrusive army also ‘manages’ democracy for the country. As a result, no Prime Minister has completed a full term. The ‘democracy’ optics are a compulsion for Pakistan establishment – it makes it easier for Generals to get patronage,funds and arms from the US and the West.

Once known for his flamboyance, Imran Khan has since been in many avatars. After a successful career in international cricket, he turned into a philanthropist for a while. In 1996, he founded Pakistan Tehreek-e-Insaf (PTI) and has been a wily politician since.

Besides the celebrated Bhuttos (Zulfikar Ali and Benazir), Imran is the only other politician in the chequered history of Pakistan to enjoy a charisma of his own. His first marriage (1995-2004) to Jemima Gold Smith, a British diva, belonging to an aristocratic English family and his latest wedlock with Bibi Bushra, an inscrutable mystic- sorcerer (known as peerni in Pakistan) further added to his charm. Bulk of Pakistan is medieval, still in the awe of black magic and white skin.

All nations have armies. But as a local woke put to me during my semi-official visit (as a Member of Parliament) to Islamabad in August 2003 – in Pakistan, the army has a country. The Army decided to drop Nawaz Sharif in 2016 – he was getting too big for his boots. He initiated dialogue to start trade; and normalise relations with India. Such ideas go against the very raison d’etre of Pakistan.

Once ‘selected’ in 2018, Imran went by the script, marched lockstep with the deep state, courted Taliban and legitimised Tehreek-e-Labbaik, a far-right Islamic extremist political outfit of Pakistan.

However, at some stage, he forgot, he was just a character in a charade called ‘democracy’.He started internalising the role he was enacting. The dividing line between Imran and the character, he was playing, got blurred.

In this identity confusion, he committed a cardinal sin – locked horns with the army chief General Qamar Javed Bajwa – refused to sign on the replacement of ISI director general Lt. General Faiz Hamid, with Lt. General Nadeem Anjum. He crossed the Rubicon ! He ended up as a Bhasmasur of Indian mythology.

Imran’s conduct, after the united opposition had moved a no-confidence motion against him in National Assembly, was dodgy even by Pakistan’s abysmal standards. Finally, he met his nemesis. Contrast it how Atal Bihari Vajpayee reacted, after he lost the confidence motion by one vote on April 17, 1999. He straight drove to Rashtrapati Bhawan and tendered his resignation.

Imran had romped to power on the promise of a `Naya’ Pakistan. But the Pakistan, he has left behind, is bankrupt, mired in unprecedented corruption, suffering runaway inflation, saturated with toxic religious fundamentalism, polarised on regional basis, nursing a bruised polity and has hardly any friends (barring China) in the global arena.

While this high octane drama was unfolding, an intriguing side show too was on – there were surprise statements, from General Bajwa and beleaguered PM Khan, exuding goodwill for India.

General Bajwa speaking at a conference said “I believe it is time for the political leadership of the region to rise above their emotional and perceptual biases and break the shackles of history to bring peace and prosperity to almost three billion people of the region”.

Not to be left behind, Imran Khan, at least on three different occasions during these tumultuous days, “saluted” India, hailed Narendra Modi, for following an independent foreign policy and called Indians ‘khuddar quam’- a self- respecting nation.

This was a shocking departure from past. Generally, Pakistan, when caught in a crisis, finds a convenient whipping boy in India. This diversionary tactics work well with the Pakistani society, brought up on toxic diet of radical Islam. Why such a departure from the past? Only guesses, no logical explanation.

Once the imbroglio in Islamabad was over, the mask dropped. Even before Imran’s successor, Shehbaz Sharif had taken over, he reiterated Pakistan’s oft repeated stand “No peace with India, without resolution of Kashmir issue”. The PM-designate was obviously speaking for the army – the only stable and effective institution in the crisis ridden country.

The more things change, the more they stay the same. For India, Pakistan remains unchanged. And nothing has changed in Pakistan as well.

This article was first published in Hindustan Times ,19/4/22