Nitin Gadkari: A Great Reformer and a Task Master 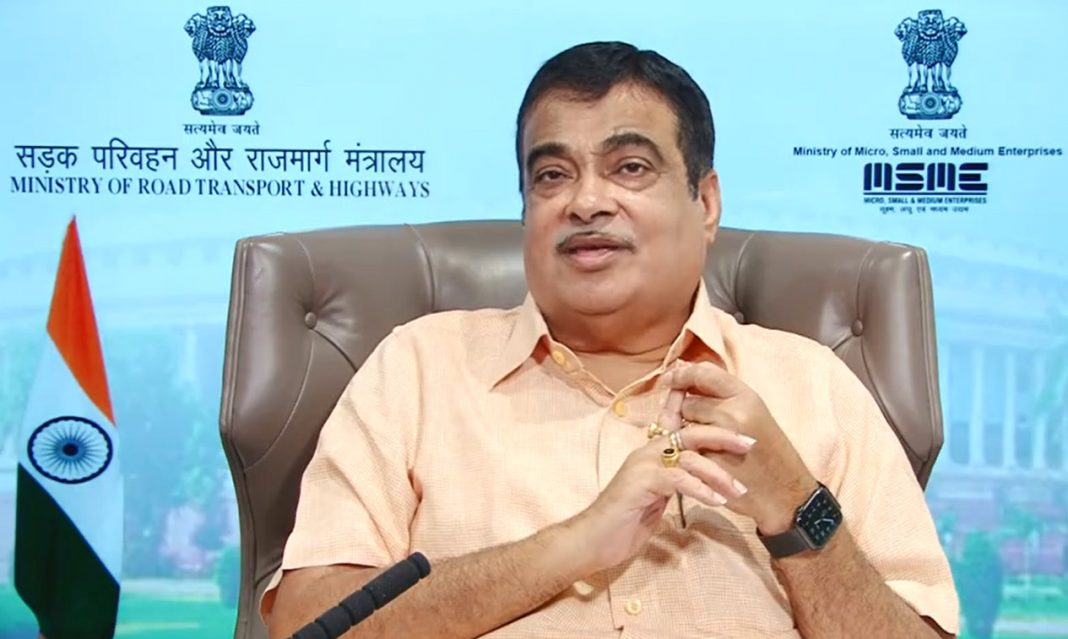 Nitin Gadkari, a senior minister in the Modi government, is admired for his extensive work across party lines and with the public in general. “A man is judged by the company he keeps.” Nitin Gadkari’s long association with Rashtriya Swayamsevak Sangh (RSS) grew up with qualities such as commitment, dedication, discipline, leadership, innovation, and creativity, as well as a nation-first attitude.
The transformation of the transportation sector by roads and waterways is astounding. The best aspect of his work is that he believes in studying various innovative concepts used around the world and attempting to implement the same with best applicable practises across nation. The exponential increase in project completion speed is undoubtedly due to his personal involvement and in-depth study of the projects, as well as his efforts to resolve issues associated with the projects and make the bureaucracy work efficiently, which is a difficult task in many cases. This is why, due to his extensive knowledge, facts, and statistics, he is unbeatable in any television debate. He is clear and prepared, with a short and long-term vision and a solution to every problem that has been raised. He is forthright in doing what is right, without regard for the media or opposition.
His innovative approach and research-oriented mind distinguishes him as a man of distinction.

One of Nitin Gadkari’s strong points is his cost-cutting approach without sacrificing quality. However, there are challenges in implementation, such as corruption in bureaucracy and contracting firms, which he must deal with firmness.
Industrial growth, and thus economic growth, of any country is only possible if its transportation sector is well developed according to needs and future requirements, and he is hitting and moving ahead with this approach in mind and in action.
Let’s take a look at some of his ministry’s accomplishments.
Gadkari’s role as Maharashtra’s PWD Minister was critical in hastening the construction of the Mumbai-Pune Expressway. The Maharashtra government conducted feasibility studies for the new expressway, which would be operated on a toll basis, in 1990, but it wasn’t until Gadkari took over as PWD Minister that construction of this project was accelerated.
Gadkari’s other major accomplishment as a state minister was the construction of 55 flyovers in Mumbai, which significantly reduced the city’s traffic problems at that time.
In May 2014, Gadkari was appointed Minister of Road Transport and Highways as well as Minister of Shipping. Projects worth 1 trillion (US$13 billion) were terminated and others worth 350 billion (US$4.6 billion) were put up for rebidding among the stalled projects he inherited. He increased the country’s road construction rate from 2 km/day to 16.5 km/day in his first year, 21 km/day in his second year, 30 km/day at the end of 2018, and 37 km/day today. He set aside one percent of the total projects awarded during his tenure, totaling 2 trillion (US$27 billion), for trees and beautification.
Over the last 7 years, length of National Highways has gone up by 50% from 91,287 km (67 years, as of April 2014) to 1,37,625 km (as on 20 March 2021)

Even the Char Dham road project envisaged by Modi Government has started and is going on at war-footing.
National highways totaling over 65,000 kilometres in length are being built under the Bharat Mala scheme, which refers to a vast network of new and existing national highways crisscrossing the entire country. The Bharatmala project, the second-largest highways construction project in India, is aimed at improving connectivity, especially along economic corridors, border areas and far-flung regions. Approximately 40,000 kilometres of new roads have been designated as national highways to date. In addition, the government completed more than 40 percent of 700 ongoing national highways projects in the last four years, demonstrating the government’s efficiency, which is often marred by red tape culture. The project is expected to generate nearly 22 million jobs and 100 million man days of jobs, as a result of the increased economic activity across India.

During this administration’s tenure, the Northeastern states received special attention for infrastructure development, and several projects begun by previous administrations but not completed were expedited. The Bogibeel rail-road bridge over the Brahmaputra in Assam, which has been under construction for the last two decades, is the most visible of these. There were three bridges over the Brahmaputra before the Modi government, and in the last five years, three more bridges have been completed and opened for traffic, demonstrating the speed with which this government has worked.
Shipping – Similar to Bharatmala, the shipping ministry has launched Sagarmala port and coastal zone development projects, As part of Sagarmala Programme, more than 574 projects (Cost: Rs. 6.01 Lacs Cr.) have been identified for implementation, during 2015-2035, across the areas of port modernization & new port development, port connectivity enhancement, port-linked industrialization and coastal community development. As of 30-September-2019, a total of 121 projects (cost: Rs. 30,228 Cr) have been completed and 201 projects (cost: Rs.309, 048 Cr.) are under implementation. The total cost includes;
Port modernization – 245 projects (US$21 billion);
Connectivity enhancement – 210 projects (US$36 billion);
Port-linked industrialization – 57 projects (US$68 billion); and,
Coastal community development – 65 projects (US$1 billion).

Because most of us have no connection to the oceans, we won’t understand the magnitude of these projects, but those in the logistics sector, particularly those involved in oceanic transport, will.
Inland Waterways – The government has decided to use the country’s extensive river network for transportation as well as passenger movement, and to develop waterways accordingly. The Inland Waterways Authority of India (IWAI), which had existed since 1986, came to life during the Modi administration, with actual work on inland waterway development beginning. The first container ship sailed from Haldia, West Bengal, to Varanasi, Uttar Pradesh. This was never considered in India.
Cruise – Despite the fact that the Cruise Shipping Policy was announced in 2008, there has been no progress in the development of cruise tourism.

The NDA government took action and built exclusive cruise terminals in five major ports: Mumbai, Mormugao (Goa), Mangalore, Cochin, and Chennai. As a result of the government’s efforts, India now has its first domestic cruise service between Mumbai and Goa.
Boost for alternative fuels – It is no secret that Nitin Gadkari is a fan of alternative fuels. His knowledge of roads and automobiles would put even a lifetime in the industry to shame. He frequently mentions ‘Best from Waste.’ To help reduce India’s massive crude oil import bill, he is working to strengthen the ecosystem for alternative fuels such as ethanol, methanol, and others that can be made from domestically available resources and would also help farmers increase their incomes.

The list is extensive. Even after the worst phase of Corona, the drastic change in the transportation sector is sending positive signals to other sectors of the economy. More positive results will be seen in the coming years as the projects become fully operational.