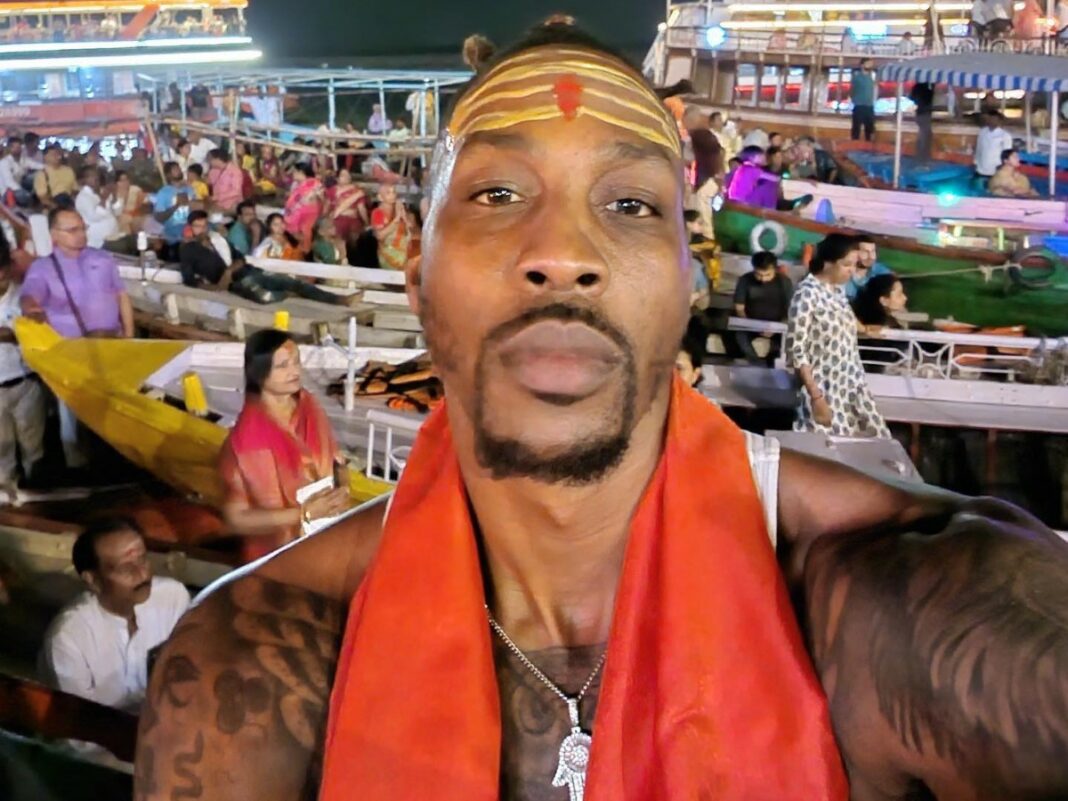 The player said, “At peace with myself and the world after a visit to Varanasi. A spiritual journey rejuvenated the soul. Congratulations @narendramodi for magical reformation of the holy city. Varanasi has inspired so many legends, I am humbled. I am sure the reincarnation of the sacred city will inspire many more.”

The 36-year-old NBA star also shared his pictures applying tripund and tilak on his forehead.

This journey had been spiritual to him and made him astounded for the culture India have been following.

Howard’s career has been a celebrated ride filled with accolade. Howard, who plays centre, currently represents the Los Angeles of the National Basketball Association (NBA).

After his disagreements with the Houston Rockets Atlanta, Charlotte Hornets, and Washington Wizards, Howard came back in Lakers in 2019 and won his first NBA title a year later.

When it comes to his various statistics, the LA Lakers centre is ninth all-time in field-goal percentage, 11th in rebounds, 13th in blocks, and 44th in minutes played.

In 2021, in many of his achievements, Howard bagged Olympic gold medal in basketball for the United States. In 2021, howard signed a $2.6 million contract with the Lakers.

Howard has five children by five women. In 2010, Howard won a defamation judgment against Royce Reed, the mother of his oldest child Braylon. A Florida judge ruled that she violated a court order prohibiting her from mentioning Howard in the media.

He had initially sought about half a billion dollars in damages, claiming that she had disparaged him through Twitter and her appearances on the reality television show, Basketball Wives, as the couple’s paternity agreement stipulated a $500 fine for each time she mentioned him in public.

In October 2014, police in Cobb County, Georgia investigated claims by Reed that Howard abused their son. Howard had admitted to hitting Braylon with a belt. He had been disciplined in the same manner while growing up, and he stated that he did not realize it was wrong to do so. Howard was not charged in connection with the allegations.

Howard was also involved in a civil case with Reed over custody of their son.

Howard keeps approximately 20 snakes as pets and has appeared twice in Animal Planet‘s reality TV series Tanked. He owns a farm “in north Georgia where he relaxes with cows, hogs, turkeys and deer,” and also grows vegetables on his estate.