My Men Will Come & finish you and family ! Death threat by Actor Arya against the German Woman who filed cheating case against him. 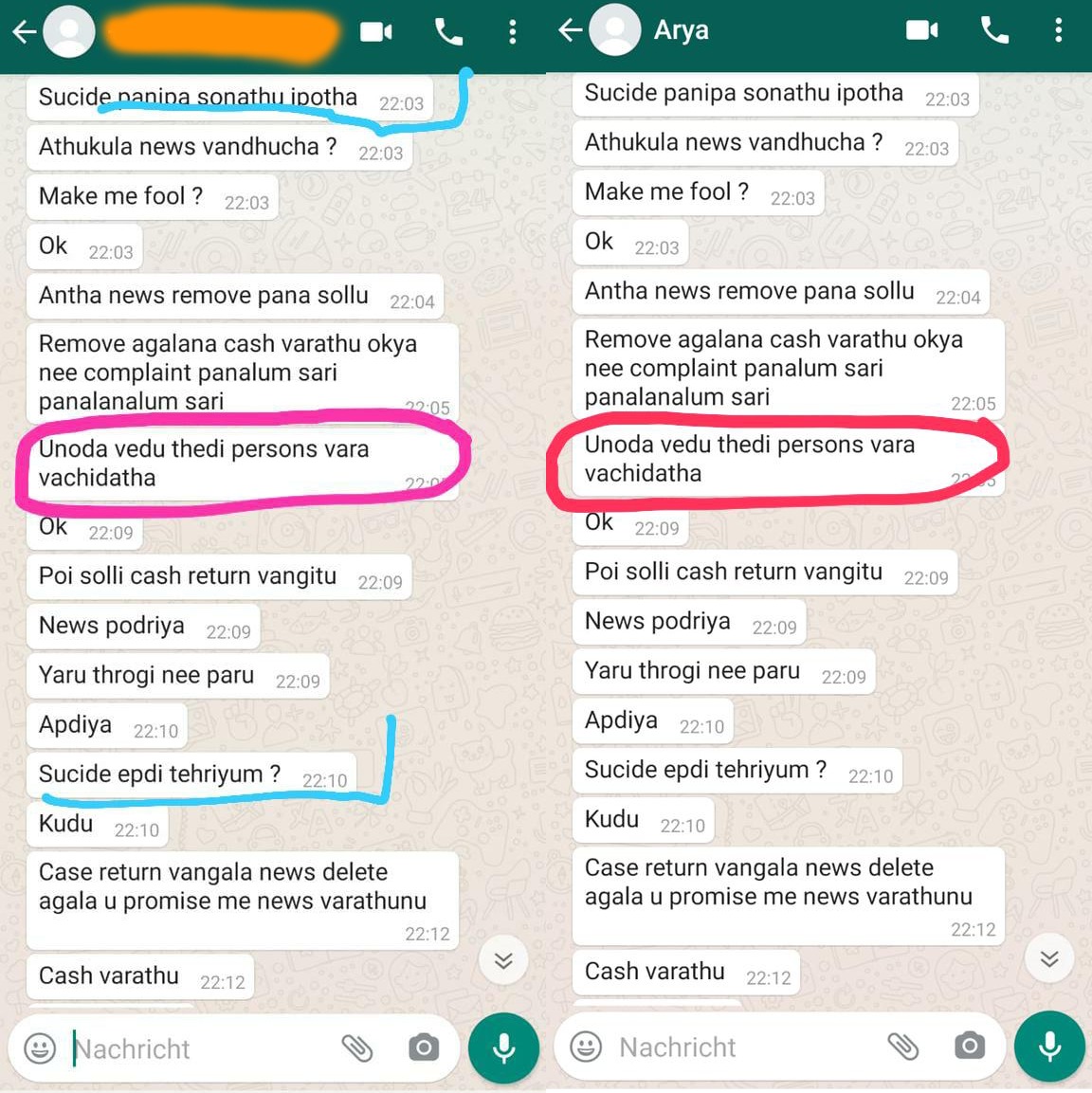 Chennai:- A shocking Whatsap chat reveals threatening messages being sent to the complainant who is a German national by none other than the accused actor Arya himself.

The chat clearly exposes Arya alias Jamshad and we can see how clearly he threatens to eliminate her if she didn’t withdrew the news which came against him.

Vidja, working in the health sector says that Arya cheated her in the span of last 3 years promising to marry her and cheated 70 lakhs from her.

A complaint was lodged with the Prime Minister’s Office and the Hon’ble President of India by her.
Considering that , The Union Home Ministry has directed the Tamil Nadu Home Secretary to take action on the complaint.

According to Vidja, Arya and her mother threatened her when she called to ask for her money back. They tried to portray her as bad. Arya’s mother verbally abused Vidja and called her “the daughter of a Sri Lankan dog and you are people who migrating to different countries because of the war “ .

Now Arya has directly come forward and threatening her to remove the news & complaint against him. Vidja says there is a huge threat for her from the actor’s side but won’t withdraw the case or move an inch back until she gets justice.

“I hope at-least now the Tamil Nadu Police will take some action. There is a threat to my life. Their (Tamil Nadu Police ) cold response hurts me a lot. No girl should face such injustice. Please take action soon against this criminal. “ Vidja says.