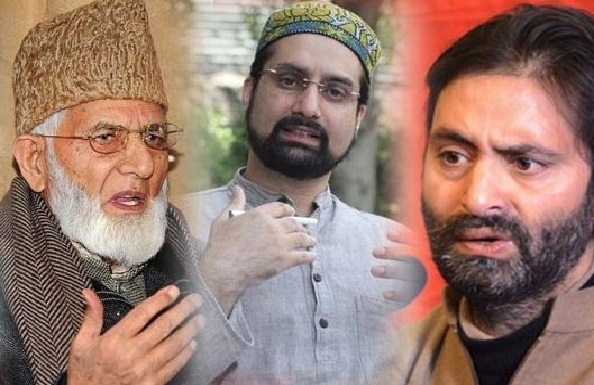 What do you feel if we say that hundreds of doctors in Jammu and Kashmir have completed their Degrees in Pakistan?

How do you feel if we say that Pakistan has reserved 6% of its Medical seats for students from Kashmir valley?

What will you think if we say that sending Kashmiri students to Pakistan is indeed a big business for Kashmiri Separatists?

We are sure, you must be feeling shocked, dejected and cheated, isn’t it? But not anymore, as Modi Government has unearthed a massive scam going on in Kashmir valley for several decades.

National Investigation Agency (NIA) has started its crack-down against Kashmiri separatist for last 2 years, most of the separatist leaders are currently in jail, their funding sources have been checked and blocked. During a recent investigation, NIA accessed various recommendation letters by separatists for Pakistani visas for students from Jammu and Kashmir, whereby their contributions in the stir against the security forces were highlighted, as if protesting against or attacking our Armed Forces is the benchmark to gain a Visa of Pakistan.

The NIA had earlier red-flagged this admissions process to medical institutions in Pakistan on the recommendations of Kashmiri separatists and termed it as an “alternative mechanism” for funding of terror groups.

Syed Ali Shah Geelani, who recently resigned from the All Party Hurriyat Conference as its life-time chairman has exposed this malpractice in his resignation letter. He accused his Muzaffarabad (POK) counterpart of Hurriyat chapter of “open rebellion” and “financial irregularities.” He further added that “For last two years, many complaints were received about this POK chapter of APHC. After an investigation, few members were dismissed, and some more are under investigation. To circumvent the process of transparency and accountability, your representatives started non-cooperation with the Convener.”  Geelani stated that this internal investigation was carried out over an alleged sale of medical seats in Pakistan.

This was reported by Indian Express : https://indianexpress.com/article/explained/syed-ali-shah-gilani-pakistan-medical-education-kashmiri-students-hurriyat-6491266/

Do you know Pakistan reserved seats for students from Jammu and Kashmir?

It’s quite strange that for last two decades, the Pakistan government has been reserving a ‘special quota’ for the students of J&K in all its professional courses, especially medical and engineering. Though the quality and acceptance of these course is obviously questionable, but still its indeed a bold decision from Pakistani Government.

1) Those applying for admission under foreign student seats through the ministry of education, Pakistan.

2) The students applying for admission under the scholarship programme.

The students applying through foreign student seats have to pay the normal fee, but under the scholarship programme, the students are provided 100 per cent scholarship, free accommodation as well.

Every year, around 50 Indian students go to Pakistan under the scholarship programme for MBBS course, while a similar number of students get admission in other professional courses.

Why Pakistan is providing scholarships to Indian Students?

Even this year, the Pakistan government had announced more than 1,600 scholarships for Kashmiri students. Amid such a financial condition, Pakistan is providing scholarships worth crores to Indian Kashmiri Student, do you know why?

Hurriyat along with ISI and Pakistan Government were “the three apexes working together to brainwash the Kashmiri students in order to prepare a generation of Doctors and Technocrats in Kashmir who will have leanings towards Pakistan, and against the establishment of India”.

Is this a Scam?

In 2017, When NIA was probing a terror funding case and arrested Altaf Ahmad Shah, son-in-law of Syed Ali Shah Geelani. He used to charge money which was meant for spreading terror and separatist activities in the Kashmir valley. These funds were diverted to make payments to Pakistani Terrorists and Stone Pelters to create unrest in Kashmir Valley.

NIA seized recommendation letters from separatists in which links to social media showed the prospective students’ participation in anti-national activities. The students, whose parents or close relatives have been killed by the Indian Security forces in Kashmir or have suffered in any way possible, are given preference for seats under the scholarship programme. Pakistani Government used to treat such Students specially, they were represented as ‘Hero’ or ‘Jihad Warriors’ to other students. In this way Pakistani Government was successfully alienating such Indian Students from mainstream and using them as their moles in our system.

We really appreciate the Modi Government for taking this important step to unearth this massive scam. However we also expect government to expose the people in Government and other institutions, who were supporting this process all this while. Also, Government should immediately ban this whole process of sending our people to Pakistan.