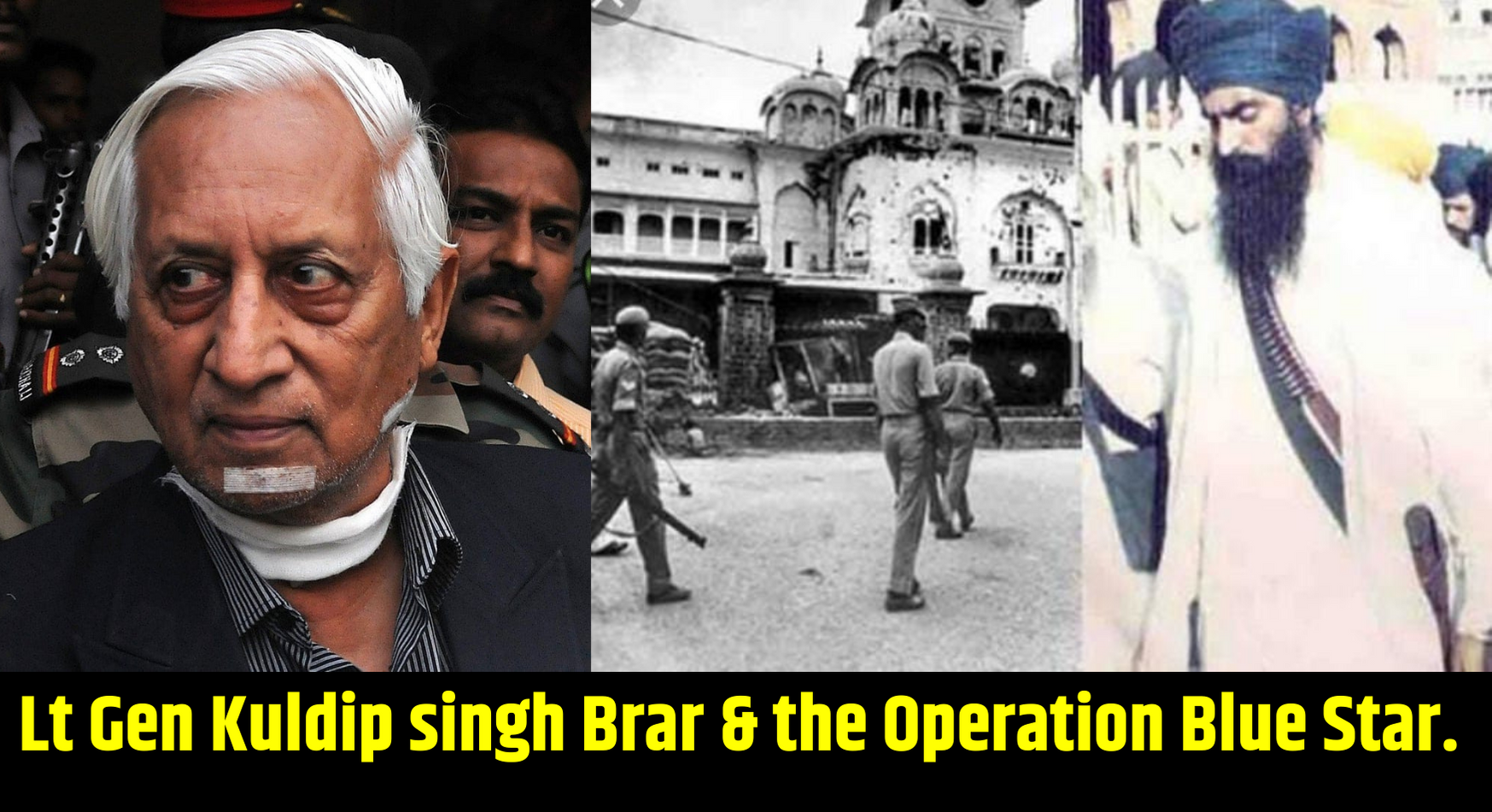 On the evening of 31st May 1984 in army quarters of 9th Division of light Maratha Infantry, a couple was preparing for their month long vacation in Manila when their phone rang and (then) Major General Kuldip Singh Brar was ordered to report in to Chandimandir Cantt the next day. He casually told his wife to be prepared as hell come back by afternoon to catch the flight from Delhi to Manila on the next day 1st June 1984. Probably at this time he didnt know how grave the situation was.

As soon as Maj Gen Brar reached Chandimandir (It was II Corps headquarters back then) General Vaidya, General Sundarji and General Dayal were waiting for him with detailed maps of Amritsar and HarMandir Sahib. HarMandir Sahib had been turned into fortress by Major General Shabeg Singh, who had joined Bindrawale group after dismissal from the army. As per the army records not only the inside of complex but seventeen other buildings around it were turned into fortress by him. From last 6-8 months ammunition (LMGs – RPGs – SMGs) used to come in trucks and Lorries that was engaged for karseva to bring the ration and other essentials for the temple. The local police didn`t have orders to check those trucks so everything was passed inside easily and strategically placed to defend against an armed assault on the complex.
In the HQ Gen Vaidya ordered Maj Gen Brar to leave for Amritsar by the next flight from Chandigarh and also his he was asked to move his division to Amritsar along with him. The grave situation was that with Pakistani support Bindrawale was going to declare Khalistan an independent nation by 30th June 1984 and they had very little time to respond as the movement had a massive local support too. Bulbul as he was been called by his friends was asked to postpone his vacation and save Punjab from becoming next Bangladesh.
On the idea of going into a religious shrine with a certain possibility of cross firing in his own words Maj Gen Brar said “Yes. I’m a Sikh. I didn’t give it a second thought. If you were to carry out a task, you don’t think of religion, you don’t think of caste. Here is your task, how best do you carry it out? You have sworn to defend the country, to ensure the integrity of the country is not broken. And there were dangers that we (Punjab) may go the Bangladesh way. As a Sikh going into a shrine, it’s not an easy thing to do. At the same time, you feel that it’s something you have to do. And the main thing is that you pray and hope that the operation wouldn’t start, that they would surrender, they would see sense.”
Finally on June 5th around 5 pm the operation blue with three Vijayanta tanks one APC vehicle 10000 armed troops of 9th Division 175 parachute regiment and Artillery units got started. By the dawn of June 6th 1984 HarMandir Sahib was free of Khalistani control and by next day on June 7th bodies of Bhindranwale, Shabeg Singh and Amrik Singh were discovered in the building.
After Operation Blue Star, Bhindranwale’s relatives, his followers, the Babbar Khalsa, the Khalistan Commando Force, they all swore revenge in front of the Granth Sahib. Mrs Gandhi, General A.S. Vaidya (the Army chief), General K. Sundarji (the Army’s western commander), Lt Gen Ranjit Singh Dayal (Gen Sundarji’s corps commander), and General Brar. Out of them PM Indira Gandhi and Gen Vaidhya were assassinated and Gen Sundarji and Lt Gen Dayal died of natural causes and till now Lt Gen Brar has escaped 5 assassination attempts.

Hrishikesh Razdan
Previous articleKolkatar Bhovishyot , an initiative to bring back Glory of Kolkata city
Next articleIndia Railway’s Mission 41K- Check how it is transforming Railways and reducing the Fossil Fuel bill
- Advertisement -