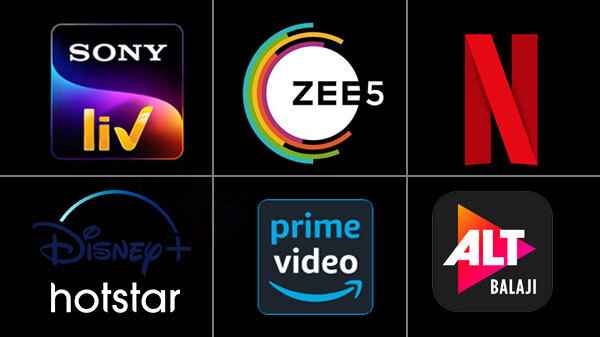 There was a time when we wait till Saturday and Sunday to watch a movie at home because it’s hard to afford a family movie trip for middle-class Indians. In serial time, ladies acquire the TV room by postponing all housework and never changing the channel. Men repeatedly shout the match has gone, the evening bulletin has gone, but they don’t care. The most crucial scene was eyeing contemporary films with members from three generations in a single space. Quite awkward for each one. They miss the enjoyment due to the lack of privacy and frankness.

Keeping all this in mind, entertainment developers have brought the OTT (over-the-top), which provides limitless access to your interest according to your time and space. Meanwhile, competition between telecom operators of the country gives us subsidized entry into this. The audience also seeks fresh faces with exotic stories to get relief from typical Saas-bahu drama. OTT evolved as an outlet for the newcomers, not only in acting, moreover in production, direction, and playback performances. Gradually it becomes a full-blown income source for thousands of scriptwriters, actors, cinematographers, and people related to the cine industry.

The Indian video OTT market was valued at INR 42.5 Billion in the financial year 2019 and is expected to reach INR 237.86 Billion by 2025, expanding at a CAGR of ~33.10% forecast period. Premium, original content is one of the biggest growth drivers and differentiators in the OTT industry. In 2019, around 170 million video OTT-streaming users in India, and the user base will increase by about 26.40% by 2025 as per prediction.

Streaming in regional languages like Punjabi, Tamil, Kannada, Bengali, Telugu, and Malayalam witnessed a significant surge in 2020. Industry players heavily invest in accumulating or developing new content and services and improving customers’ experiences. The Indian small screen has also attracted attention during the COVID-19 pandemic as a place where new Bollywood productions have been released either as original material or as an alternative while theaters remain shuttered.

Youth are the primary subscribers of OTT. Even standard seventh kid having premium subscriptions as there is no age limit restriction or multifactor authentication. According to Nokia’s annual ‘Mobile Broadband India Traffic Index’ (MBiT) 2020 report, the average time spent on OTT platforms in India is about 70 minutes. Furthermore, an average single session lasts for about 40 minutes. In MBiT 2021 report, an increase of 265 percent in OTT consumption by Indians.

So is this the dream of digital India !? Some people may compare this to liberty. Then what would be the cost of this freedom? Do you ever think that spending four hours on OTT (FB, Insta, WhatsApp, etc., besides there) is hampering their physical and mental health!?
Maximizing their time over the screen outlying them from the native circle and causes eye strain too. The bombardment of web series and the release of Bollywood flicks every Friday make them less socialize. Having this small piece of pleasure, many people opting solitary life, which leads to anxiety and depression in the future.

Let’s discuss the OTTs of India. What are they illuminating apart from love, sex, and betrayal? Pick any web series of any OTT (except few stories like Panchayat); that has been compiled with a bunch of crime, violence, abusive languages, alcoholism, and drug consumption. Some platforms are being made only to air soft-porns with irrational fictions.

Nowadays, plotting a web series be like 1. a conservative political party with an intolerance attitude 2. some minority/backward caste people who got killed/raped in an accidental situation, totally unconnected to the main script 3. corrupted police with vulgar dialogues 4. derogatory jokes on Hindu gods and traditions 5. jobless students protesting without any cause 6. two/three human/gender right activists and a sex scene in each episode without any relativity. Further addition of a so-called liberal celebrity and eye-catching trailer complete the series recipe. Regular consumption of the above topics assemble massive negativity in young psyches and ceases their thinking capability. Unregulated OTT platforms installing hatred and subtle agendas in teen minds.

In a recent hearing of the ‘Tandav’ web series case, the Allahabad HC bench said, “Hindi filmmakers have repeatedly abused and criticized Hindu Gods and Goddesses. Such people make the revered figures of the religion of majority community source of earning money in a most brazen manner taking benefit of the liberal and tolerant tradition of the country.”

A few days before, GoI has enforced Information Technology (Intermediary Guidelines and Digital Media Ethics Code) Rules 2021 to regulate digital platforms. Now OTTs have to self-classify the content into five age-based categories- U (Universal), U/A 7+, U/A 13+, U/A 16+, and A (Adult). Platforms would be required to implement parental locks for content classified as U/A 13+ or higher and reliable age verification mechanisms for content classified as “A.”

However, censorship as restrictions to Article 19 does not apply to OTT platforms. So directors would never feel hectic to add some disputed masala in reels and spreading propaganda. In this world of curiosity, it would be stubborn about keeping away youths from nonethical stuff even that kills their creativity. The government has to take this in prior and set a board like CBFC for OTT content to make that a mainstream voice. We need more veracious contents which will bring positive impacts on society and the nation.

Omm Priyadarshi is a Development Professional and typically writes on Socio-political, Policy, and Youth-related issues. He tweets @iommpriyadarshi

Omm Priyadarshi
Omm Priyadarshi is a Development Professional and typically writes on Socio-cultural, Policy & Gender-related issues.
Previous articleHadi Rani, story of courage and sacrifice drenched in blood of new bride, who cut off her head to motivate her husband to focus in battleground
Next articleBreaking News – Young Hindu Journalist Ajay Lalwani Killed by Terrorists in Pakistan
- Advertisement -