Is the rising sexual crimes against children and nuns committed by clergies responsible for declining Christianity across the globe? 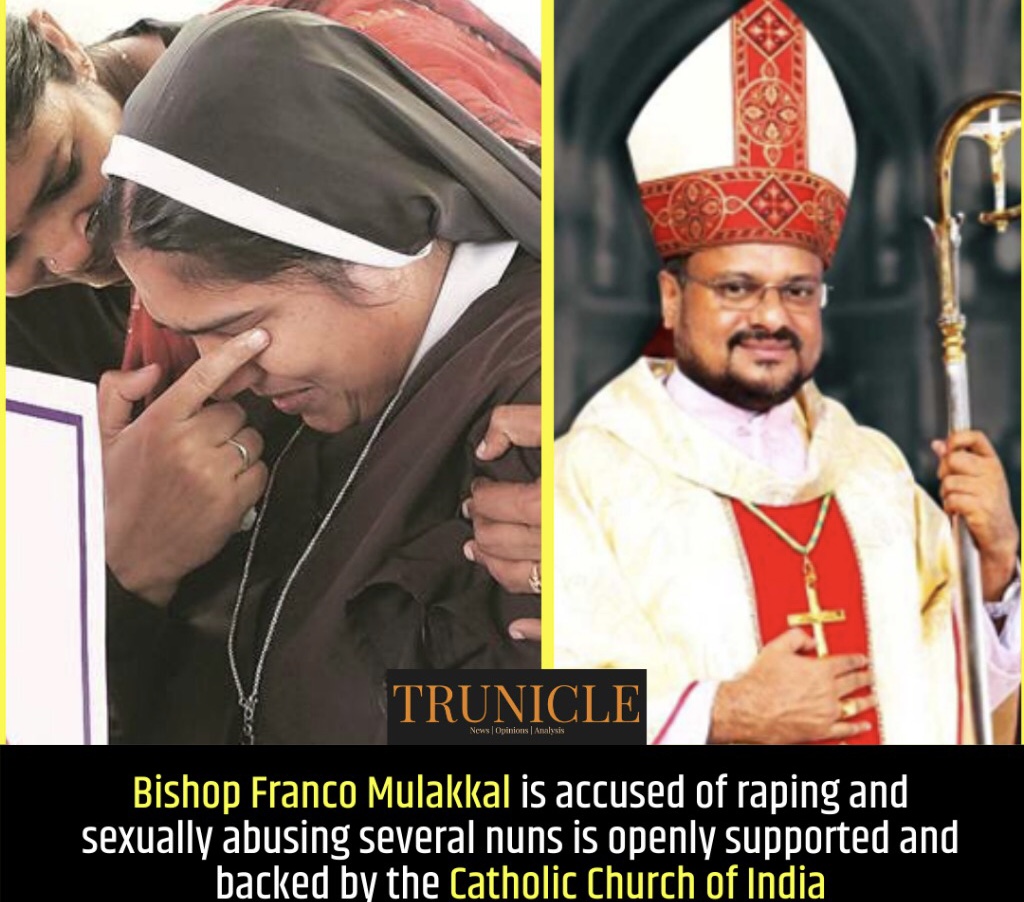 The Christmas is not as bright as it expected to be. “Christianity is declining all over developed countries. A survey published by the Washington-based Pew Foundation reported percentage of Americans, who call themselves Christians had dropped from 78.4% to 70.6% between 2007 and 2014. Today, young generation between the ages of 16 and 29 in Europe, which was once the home of the majority of Christians in the world, claim they are atheist. Why churches are empty recently? Why such disillusionment among youth with churches?

Renee Lynn, an American author and columnist says that she grew up in Christian environment, where according to Bible, one has to accept the Jesus as personal saviour or one would burn in hell forever with unbearable torture. This ideology of Christianity caused a lot anxiety, shame and guilt in Renee Lynn, who couldn’t bear the burden and ended up abandoning Christianity.

Is this imposing indoctrination to accept the Jesus as personal saviour forcing youth to detach from Christianity? “No, it is much heavier than that. It is distrust between churches and its followers, which is turning youth into atheists,” says 24 years old Emilia from Germany. She asks some disturbing questions. What can be more heinous crime than sexually abusing an innocent child robbing his innocence forever? What can be more awful and monstrous than raping a nun, who is spiritual bride of Jesus Christ? But, reality is more painful and distressing than fiction. Such heinous and monstrous crimes even murders are committed by none other than servants of God, such as Fathers, padres and even by as high as Bishop of Churches.

Emilia’s hard hitting questions describes present scenario of churches in not only in India but across the globe. It appears high profile Bishop Franco Mulakkal, the head of the Latin diocese of Jalandhar being charged with rape and harassment by a 45-year-old senior nun since May 2014 and his subsequent arrest and conditional bail in October 2018, close on the heels of a sex scandal in Malankara Orthodox Syrian Church, in which five priests were accused by a laywoman of sexually exploiting her were not enough to display the rot behind the walls of churches that another case of group sex among Fathers and nun and a brutal murder deepened distrust between church and its followers further.

Father Thomas Kottoor, Father Jose Poothrukkayil and Sister Sephy were caught in indecent compromising position by 19 years old Sister Abhaya on 27 March 1992. What did messenger of love, Father Thomas do? He strangulated Abhaya, while his partner Sister Sephy brutally struck her with an axe. Together, they dumped the body of Abhaya in a well within the compound of Pious Xth Convent Hostel. After 28 years of relentless legal battle Father Thomas Kottoor, now 71, and Sister Sephy, now 57, were found guilty of murder and destruction of evidences.

Finding no help from powerful churches in India supporting pervert Bishops and Fathers and even murderers, when a hapless and traumatised nun approaches Vatican City expecting some action from infallible Pope Francis against sexual predators, she finds barrage of child sexual abuse accusations against high profile Bishops and Fathers across the globe.

When public outcry against pedophile clergies, Fathers and Bishops turned too loud and firm to be dismissed, Pop Francis was forced to conduct a summit on the Protection of Minors in the church from 21-24 February 2019 in Vatican. In Summit Pope Francis shockingly admitted that his predecessor, Pope Benedict was forced to shut down an entire congregation of nuns who were kept as sex slaves.

It is rape of nuns, sexual abuses of innocent children, illicit sex among nuns and clergies and even murder committed by clergies, padres and bishops, who take oaths of practicing celibacy at the time they are ordained. Why should the youth go to churches to be enlightened by such frail, erring and guilty servants of God?

It’s been almost two years since Pope Francis made promise to bring to justice pedophile priests and the bishops who covered up the crime, did he implement crucial reforms to the canon law, Laws of Churches? No. “What is further depressing is that Pop Francis’s official Instagram account found liking a raunchy picture of a model in bikini. What purpose do Churches serve if its custodians are too weak to control their awful desires?” Emilia demands to know but doesn’t get answer.

Manisha Inamdar
Previous articleCommunism is cancer & major roadblock on the path of progress
Next articleWhy ‘Ashoka the Great’ was not so Great? He was the one who laid the foundation of the infamous ‘Hindu Inferiority Complex’ !!
- Advertisement -