Is Murderous attack on BJP MLA, leaders and its workers in Punjab reminding modus operandi of Khalistan movement during 1980-90? 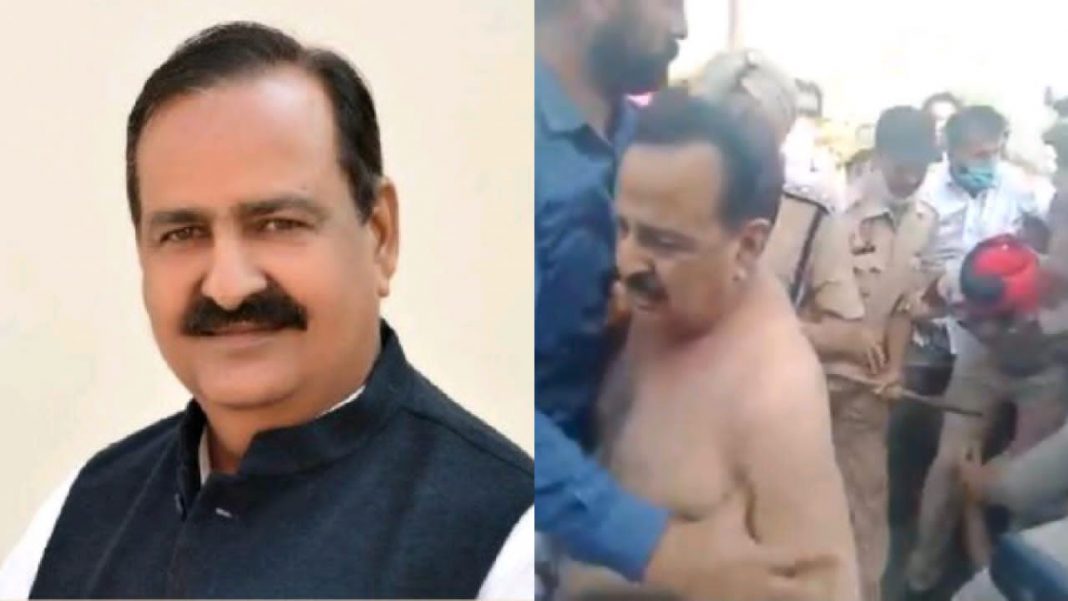 Murderous attack on BJP MLA Arun Narang, having stripped him naked in full public view on Saturday in Punjab reminded Harbans Lal Khanna, another BJP MLA, who had been shot dead in broad day light in Amritsar on 2 April 1984. Is the clock being turned back? Is the horror of 1984 lurking behind the shadows?

Protesting farmers waited for Arun Narang, an elected representative, caught him, punched him indiscriminately, tore his clothes, striped him nude in full public view at Malout in Muktsar district in Punjab on Saturday and continued to beat him until he was protected by some policemen to a safer place with much struggle.

Abohar MLA, Arun Narang had gone to Malout to address Press Conference. Protesting farmers threw black colour liquid on him, blackened his car, tore his clothes and started beating him mercilessly. They also ransacked the BJP office and burnt posters and flags. The horrifying and despicable act continued for 15-20 minutes until policemen struggled to save Narang.

Why such humiliation and murderous attack on Arun Narang?

Because, Narang happens to be a BJP MLA from Abohar in Punjab. It is to be recalled that Narang had supported farmers by saying the Farm Laws were against the farmers, still he was not spared. The Sardar farmers have been targeting BJP leaders, wherever they get to know about any of them is attending a political or social event. They sieged a hotel in Bathinda where former minister Surjit Kumar Jayanti was about to address a gathering. BJP state vice-president Parveen Bansal was surrounded in Barnala, forcing him to stay inside the circuit house.

Welcome to Punjab, which can remind you of Syria, Iraq or Afghanistan, where democracy, freedom of expression and law and order are alien words. A mob can attack a target at their will. The so called protesting farmers, actually middle men—who have no connection with farming—have been demanding the central government to withdraw New Agri Law, which was passed by a democratically elected government with thumping majority with due debate in parliament.

If people of India are losing respect for bunch of such self-proclaimed Sardar farmers, they are not at fault. The nation witnessed how Sardar farmers stormed Delhi on 26 January and attacked 400 Delhi Police personnel, how they had insulted National Flag in front of 1.35 billion Indians watching on Television.

After they blatantly threatened Indira Thok Di, Modi Kya Cheeze Hai, which means we killed Indira Gandhi, the late Prime Minister, does Modi stand a chance? They have started targeting BJP leaders and workers in Punjab. Wherever or whenever a BJP leader goes to attend a press conference or social event, they are mercilessly targeted and assaulted.

During 1980-90 when the pro-Khalistani movement was at its peak, radical separatists committed a large scale violence to materialize their demand of an independent state. They picked up those who opposed Khalistan movement to kill them in cold blooded. Sikh for Justice (SFJ) had announced a reward of USD 2.5 lakh for hoisting a Khalistani Flag at the India Gate on Republic Day this year is testimony how Khalistan movement has overtaken the so called farmer protest. The designated terrorist Gurpatwant Singh Pannun, who had founded SFJ in 2007, had assured, if the Indian Government would punish the culprit for hoisting the flag, he and his family would be brought to the foreign countries under the United Nations Laws. SFJ had also threatened to cut off electricity supply to Delhi on 25th and 26th January, when they appealed to target electricity companies owned by Ambanis to plunge Delhi into darkness.

Some disturbing questions are posed. They stormed Delhi, attacked 400 policemen, desecrated National Flag. How many actions were taken till now? How many anti national leaders such as Yogendra Yadav have been arrested? Now, BJP leaders and workers are being assaulted, humiliated and targeted. Is there any hope of concrete action to be taken against the culprits? Is condemning the despicable act enough?

BJP Unit in Punjab is demanding action against the mob. It is reported that 300 farm activists have been booked, can Captain Amrinder government, who was blatantly standing with such protesters, deliver the justice?

A bunch of hooligans has been holding the nation to ransom periodically, in the name of protest, be it anti CAA protest, Shaheen Bagh sit in Dharna, riots in North East Delhi in February 2020, now it is so called farmer protest. The only purpose behind such protest is to topple the democratically elected government. When would such anti-development elements would be curbed?