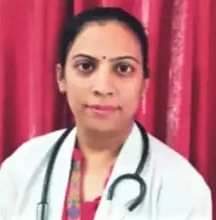 “I have done nothing wrong and not killed anyone. . . . Perhaps my death might prove my innocence.” – suicide-note of Dr Archana Sharma

Dr Archana committed suicide when police booked her for murder because her patient Asha died due to excessive bleeding after childbirth. Such bleeding called Postpartum haemorrhage (PPH) causes 35% of all maternal deaths worldwide. In developing countries, PPH mortality is 100 per 100 000 live births. Asha’s death was not because of medical negligence or any fault of Dr Archana. Yet, the young doctor was driven to suicide. That is a sad commentary on our society and on our justice system.

Let us have a dispassionate look at the case, and at medical negligence.

Lalsot is a small town in district Dausa, Rajasthan. Its population, 34,363, is 3.9% of the population of just one taluk of Delhi, Kalkaji. Its working-population is 10,906 but only 85% have main work. The remaining 15% are marginal workers. That should put in perspective the medical facilities that Lalsot has or can have.

Lalsot has a small, private, Anand Hospital, owned and run by a doctor couple, Dr Archana Sharma, and her husband Dr Suneet Upadhyaya. Before moving to Lalsot, Dr Archana, age 42, was an associate professor and a unit head at the government medical college, Gandhinagar. So, she was an experienced and skilled gynecologist.

On 22 March, Asha Bairwa, age 22, died two hours after normal delivery. Dr Archana said that excessive bleeding after delivery, PPH, could not be stopped. That two units of blood were given, but the patient died. PPH is a known complication in childbirth and one of the leading causes of maternal mortality. Nothing suggests that Asha’s death was because of medical negligence.

Why did police book FIR under section 302

But on a written complaint by Asha’s husband, the police filed an FIR under section 302, murder, against Dr Archana and Dr Sumeet. Asha’s husband said to Indian Express, “I did not write the complaint. I am a labourer, koi moti baat hoti hai to parh leta hun, likhna kum he aata hai mere ko [I can read a little but can barely write]. . . . I was tense then and someone made me sign on a piece of paper, I do not remember who it was.”

Even if death were due to negligence, the FIR could only be under section 304 A, causing death by negligence. That carries a penalty of two years imprisonment or fine or both. Why did the police invoke section 302, murder? The penalty for murder is death or imprisonment for life. Later, the police changed the FIR from 302 to 304 A. But by then Dr Archana was dead. She left behind a distraught husband and two kids of less than seven-year age

What is medical negligence?

A doctor must treat a patient with a reasonable degree of skill, care, and knowledge. A doctor is not guilty of negligence if he has acted in accordance with a practice accepted as proper by a responsible body of doctors who are experts in that speciality. Medical negligence is not proven if even one doctor is found who would adopt the same standard of care. Simple lack of care oran error of judgmentare not negligence.

In law, Bolam test is applied to determine negligence. Bolam states that “a doctor is not negligent if what he has done would be endorsed by a responsible body of medical opinion in the relevant specialty at the material time.” The court usually goes by the findings of a board of eminent experts about negligence. But the court may reject the board’s findings. Court usually records the reasons for rejection. But sometimes may not record the reasons. Thus, the outcome of a court case is unpredictable.

Medical malpractice cases are a high-paying business for lawyers. In the US, many lawyers, “ambulance chasers,” contest a case, the patient paying nothing. Except that the lawyer will get a share – which may be as high as 70-80% – of the damages awarded. Patients are only too willing because they may get great deal of money without spending anything. Average damages in the US were $521,560. The highest was in a 2006 suit in Florida, damages of $216.7 million.

The lawyer not only makes a bonanza, but also turns into a celebrity. In the 1980s, lawyer Johnny Reid Edwards became a millionaire winning damages of more than $ 60 million for the patients. And thus became a celebrity. And a U S senator, a nominee for vice president in 2004, and a candidate for the Democratic presidential nomination in 2004 and 2008.

We can only hope that medical litigation in India will not go the way of the US.

Medical negligence case statistics for India are scanty. One study showed that in only about 14% of the cases the doctors were found guilty of medical negligence. More extensive US statistics are available. We may look at these on the assumption that India statistics may be similar.

In the US, in 28% cases doctors were found guilty of malpractice The US has 400,000 unnecessary deaths annually in hospitals alone. And about 1.14 million patient-safety incidents occurred among the 37 million hospitalizations in the Medicare population over the years 2000-2002. In many of the deaths and patient safety incidents, medical negligence was involved. But suits were not filed in 80% of the cases where negligence was involved.

In the West, 75% of doctors in “low-risk” specialties and almost 100% of doctors in “high-risk” specialties face a malpractice claim during their careers. Malpractice insurance is therefore necessary. In the US, the annual premium is $4k to $12k, but for surgeons can be $50k or more. For OB/GYNS premium may be above $200,000 because it is a very “high risk” speciality. In India also premiums are as high as in the US in terms of percentage of annual earning. Late Dr Archana was an OB/GYNS, a very high-risk speciality.

Fear of malpractice litigation may drive the doctors to practice ‘defensive medicine.’ That is to avoid high-risk patients, or order tests, procedures, visits, and referrals for second or third opinion – as a defensive measure in case of medical litigation.

A doctor must know that he will be penalised if he is negligent. A clear case of negligence will be if a doctor does something for which he is not trained or qualified. But she must also be given the confidence that she will not be penalised for an error of judgment, or for an adverse outcome that is a known prognosis of a disease or a procedure.

PHP is a known complication in delivery. Dr Archana should not have been booked for murder, or for causing death by negligence, unless it was proved that she was negligent.

“Above all, do no harm” is the Hippocratic Oath that doctors abide by. Medicine is to do some good, not just to “do no harm.” But the body sometimes responds in an unpredictable way to the treatment. This is especially true for surgical procedures. Therefore, howsoever perfect the doctor, the outcome can still be bad, for no fault of her.

Dr Sadhna Kala
Previous articleSUNDARBAN – The Valley of “Struggle with Death”
Next articleWhere do you stand? Whatappically Speaking
- Advertisement -