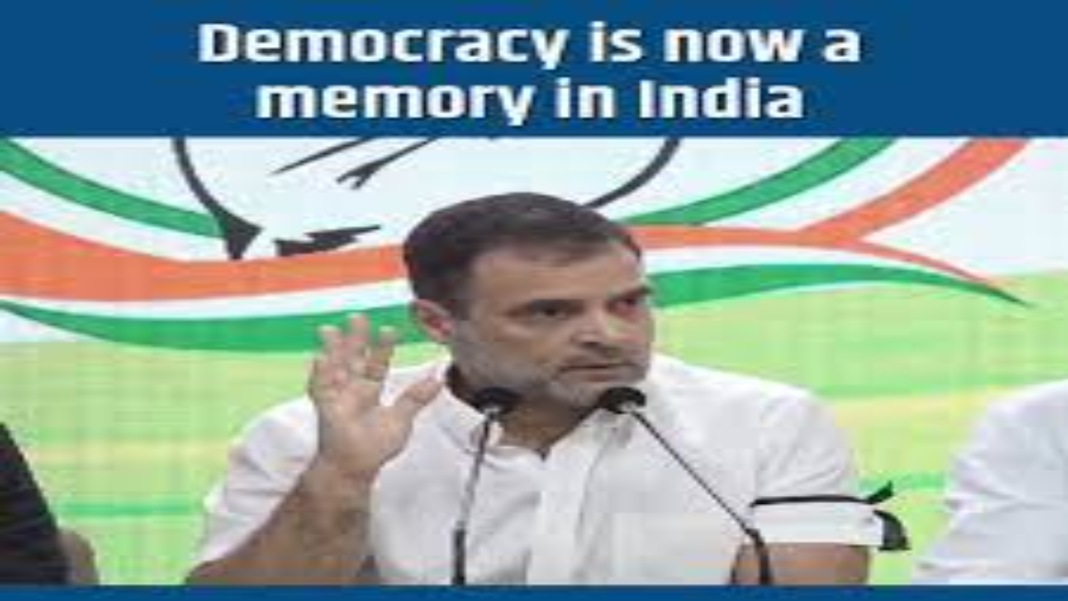 Congress leader Rahul Gandhi said in a press conference that there is no democracy in India and that it is being destroyed in front of people’s eyes.

He said, “What we are witnessing is the death of democracy. What India has built brick by brick starting almost a century ago, is being destroyed in front of your eyes. They have viciously attacked, arrested, and bitten us. People’s issues such as unemployment and inflation should not be addressed… That’s the sole agenda of the government.

India is the second most populous country in the world and the world’s biggest democracy. According to the World Bank and the International Monetary Fund, India is the world’s sixth largest economy.

The dynamic foreign policy of India, as well as states’ desire to develop close alliances with New Delhi as a rising global force, pose a serious challenge to the world order ruled by the United States, Russia, China, and the European Union. Oil and gas businesses are fighting with one another to suit the needs of India, the world’s third-largest energy user.

With 1.4 billion people, India is the world’s largest democracy and a vital actor in democratic cooperation, particularly beyond the West. The future of democracy, according to the Indian government, is being played out in Asia and Africa, where governments are experimenting with different governance models in the face of China’s expanding dictatorial influence.

More than a moral concern, India regards democracy as a factor that can allow convergence with other democracies toward a free and open Indo-Pacific. By drawing a contrast with China, Modi may strive to position India as a preferred economic and strategic partner based on shared values such as the rule of law in order to attract investments and revitalize multilateralism.

India is the world’s biggest democracy, with 1267 million people, 834 million of whom are eligible to vote. Despite India’s linguistic and religious diversity, the newly elected Prime Minister, Narendra Modi, had a strong mandate in the 2014 general elections.

The statement by Rahul Gandhi only signifies his lack of understanding of India’s basic essence that has been established by our constitution. Various rights including freedom of speech and expression, the right to practice one’s religion, etc have been embedded in the supreme law of the land. Being an example of the largest democracy is a pride for its citizens.

Ssanjnna Gupta
Previous article3rd Anniversary Special: How Modi Government Abrogated Article 370 and 35-A secretly
Next articleThe demonstration of Congress in black clothes on ‘Ayodhya Day’ is an insult to Ram devotees and Judiciary
- Advertisement -