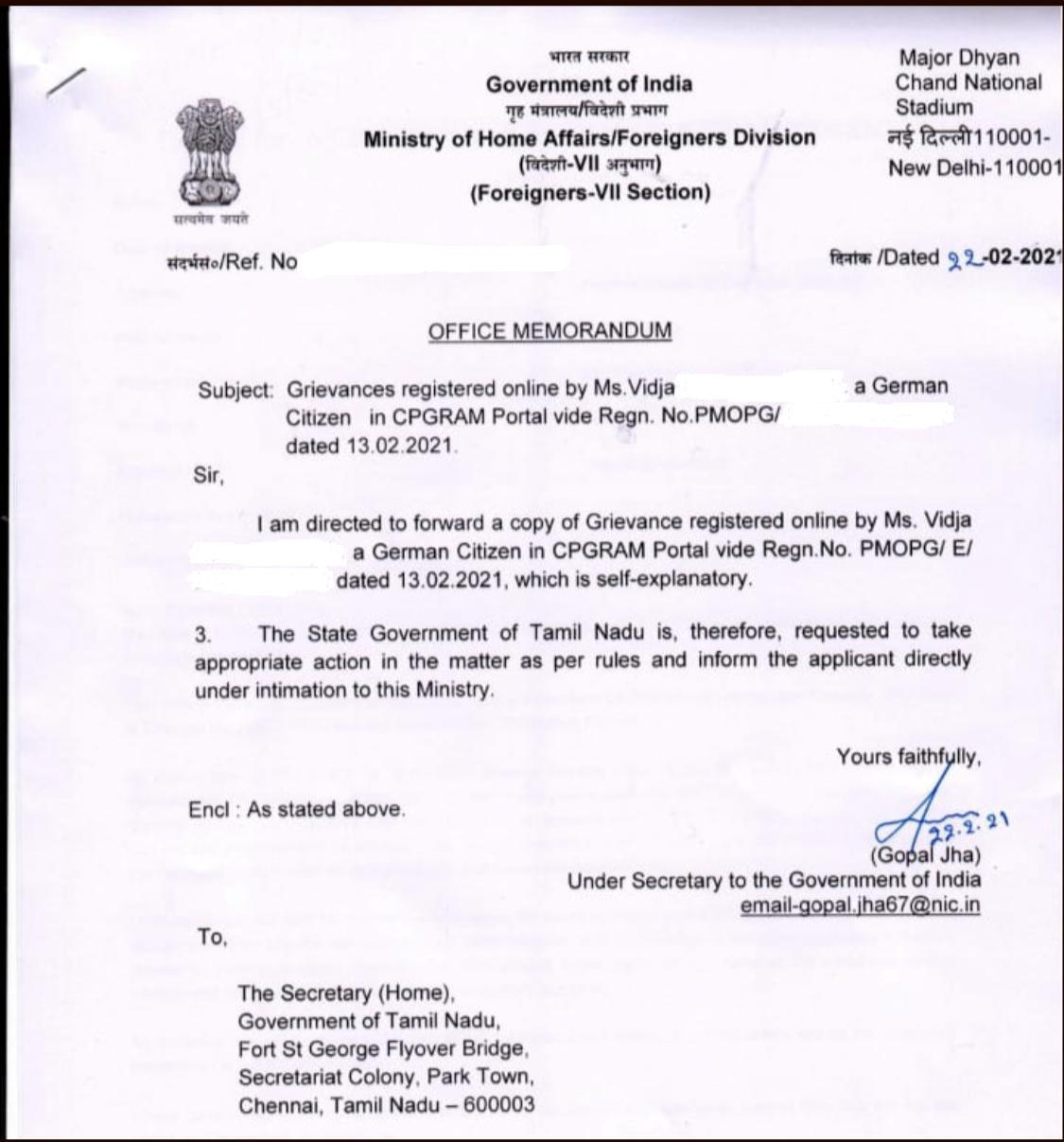 The Union Home Ministry has intervened in a complaint alleging that South Indian actor Arya cheated a German National with the promise of marrying her and thereby looting money worth 80 lakhs.

A complaint was lodged with the Prime Minister’s Office and the Hon’ble President of India.

Vidja said she was happy with the action taken by the Prime Minister’s Office and the Union Home Ministry on her complaint and hoped she would get justice soon. Vidja opined that this should inspire many girls who have been cheated on to come forward for justice with courage.

Vidja, working in the health sector says that Arya had told her that due to covid , the number of films has come down and there are financial difficulties for him and he needed help.

He later asked for financial help. Arya told her that he liked her and wanted to get married to her. It was only later that she realized that he was cheating. According to the woman’s complaint, she knew that Arya had cheated on several women and girls in a similar manner.

According to Vidja, Arya and her mother threatened her when she called to ask for her money back. They tried to portray her as bad. Arya’s mother Jameela verbally abused Vidja and called her “the daughter of a Sri Lankan dog and you are people who migrating to different countries because of the war “ .

She has all the evidence of conversations with each other and of financial transactions.

Earlier, Arya was criticized for trying to find a life partner through a reality show. The actor backtracked saying that he did not get the person he wanted and that choosing one would upset others. The actor later married actress Sayesha.

“Now since this case has become out in media and the PMO & Home Ministry came to my help based on my complaint , he’s now threatening me by saying he will commit suicide after writing my name on the letter. I will fight to the end to get justice. He’s threatening me by saying he will commit suicide if I don’t withdraw my complaint. What about the pain I have gone through these years? No value for that? His drama won’t work anymore. I will not stop from this till I get justice & get him punished.

I am forever thankful to the Prime Minister’s office and Hon’ble President of India’s Secretariat. I’m just three days on receiving my complaint they gave an order for enquiry. The Hon’ble President of India’s Secretariat has forwarded my complaint to Mr Saravanavelraj IAS , Chief Minister’s Cell, Tamil Nadu for necessary action. Hope they will also take necessary steps to get me justice .” Said Vidja.

Arun Shuklahttps://trunicle.com
Previous articleAustralian Govt makes Social Media Giants Kneel; other Governments to follow this to control the menace of ‘Biased’ Social Media !!
Next articleRinku Sharma 2.0 averted in Malwani Malad; Being a Hindu is the BIGGEST SIN in ‘Secular’ India??
- Advertisement -