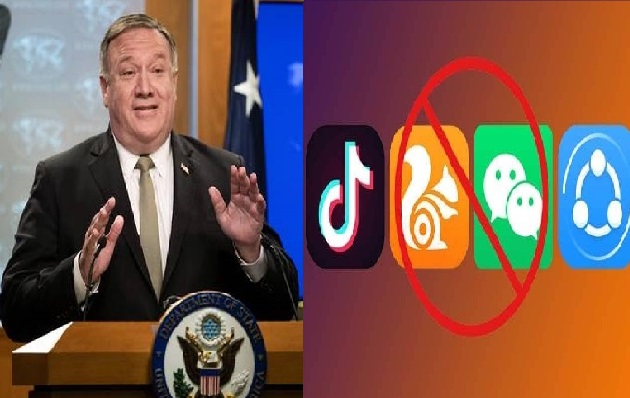 It seems, China has messed up big time with the World. After India’s unprecedented ban on 59 Chinese Apps, now USA is all set to ban multiple Chinese apps including the most famous Tiktok. Secretary of State Pompeo said it clearly that “United States is looking at banning Chinese social media apps, including TikTok. He further added that Trump Administration is looking into this matter very seriously.”

Pompeo was asked by Fox News Anchor Laura Ingraham whether the United States should be considering a ban on Chinese social media apps, “especially TikTok.””With respect to Chinese apps on people’s smart phones, I can assure you the United States will get this one right too, Laura,” he said. “I don’t want to get out in front of the President, but it’s something we’re looking at.”

Pompeo further added that people should know “if you want your private information in the hands of the Chinese Communist Party (CCP).”

In another major significant development, TikTok has suspended its operations in Hong Kong. China has recently passed the draconian Hong Kong National security law that undermines the ‘one nation, two systems’ doctrine agreed upon by Britain and China, thereby curtailing Hong Kong’s autonomy, and since then China is at receiving end of worldwide criticism. Thus, the move by TikTok also comes against the backdrop of what critics have termed as China’s brutal attempt to curtail protest and freedom of speech under the garb of ‘bringing back stability and normalcy’ in Hong Kong with the enacted security law. Tiktok’s parent company Bytedance has already incurred a massive loss of worth $6 Billion since India has banned its subsidiaries.