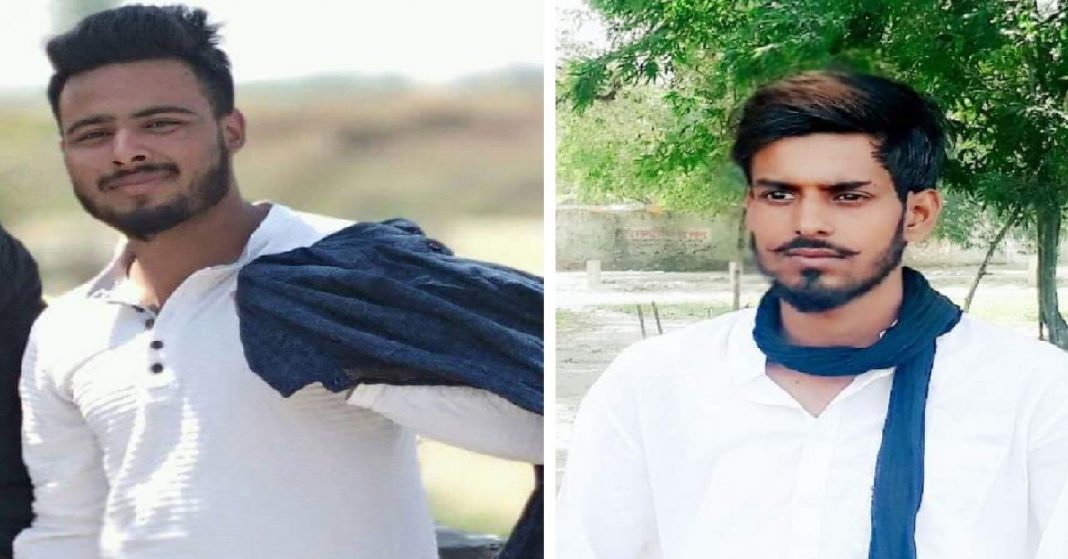 The Ram Janmbhoomi Pujan ceremony was one of the biggest watershed moment in the modern history of India. Contrary to the belief, this ceremony held without much resistance from opposition and Muslim groups, else we used to hear threats of devastation and riots all along.

However, sometimes it not easy for a certain section of society to keep their emotions under control and they sometimes express their hatred against Hindus in public.

A recent example has been shared by a Twitter User Diksha Pandey (Profile Link https://twitter.com/Dikshapandey22). She has exposed 2 Muslim Boys who were threatening a Hindu boy, and his only crime was that he is a ‘Hindu’ and he was celebrating the ‘Ram Janmbhoomi Pujan’ Ceremony.

Look at this tweet and understand the hatred seething in a certain section of our society, who don’t respect any other religion except their own. These Muslims boys Arshad and Sajid Ali hail from Sultanpur (Uttar Pradesh) and they are threatening a Hindu Suraj Pandey for unwarranted consequences, just because he is a ‘Hindu’

Look at them, they must be in their 20’s and see the responses they have provided on social media. They want to bomb the Ram Mandir once again, they want to rape Hindu’s Mothers and Sisters, they want to wipe out the Hindus, just because Hindus follow a different religion and have different beliefs.

We are failed to understand the reason behind such a heinous and strong hatred against Hindus. We urge the Uttar Pradesh Government and Police to take stern action against these culprits and set a precedence that such hatred will not be tolerated anymore. We demand that an NSA act should be slapped against these idiots and they should be sent behind the bars.