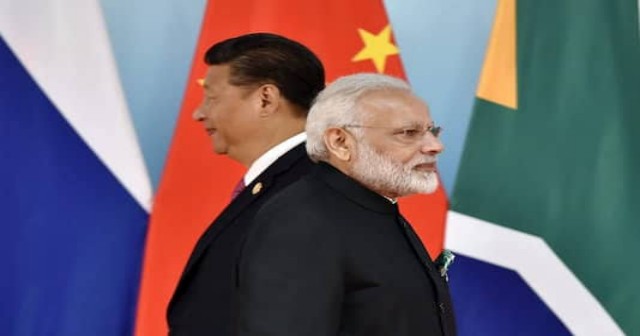 20 soldiers including a Colonel gave their lives for India, while Army sources have said they believe some 45 Chinese soldiers were killed and several were injured. India’s external affairs ministry accused China of breaking an agreement struck the previous week to respect the Line of Actual Control (LAC) in the Galwan Valley. Chinese soldiers took “pre-meditated and planned action” that was directly responsible for Monday’s clash at Galwan valley, Foreign Minister S Jaishankar told his China counterpart Wang Yi in a phone conversation on Wednesday.

China has been objecting to Indian road construction at several points along the LAC, where India has fast tracked the construction of Border Road inside its own territory. Last year in May-April 2019, The Indian Army has made a personal record after it completed construction of the longest suspension bridge over Indus river in Leh within a span of just 40 days.

In June 2018, the Border Roads Organisation (BRO) unveiled a 35-meter bridge in the Ladakh region to increase vehicular connectivity to Siachen Glacier. Construction of roads has been rapidly undertaken in Jammu and Kashmir as part of Central push toward improving road connectivity in the state and Border Areas.

China has been objecting contruction of Roads along the LAC by India in its own Territory. Which has led to several face-off. A large number of Indian and Chinese troops were engaged in a face-off in Galwan Valley and certain other areas of eastern Ladakh for the last five weeks. The Indian and Chinese armies are engaged in a standoff in Pangong Tso, Galwan Valley, Demchok and Daulat Beg Oldie in eastern Ladakh.

China cannot afford a War with India in the current situation and here are the reasons.

BrahMos air-launched cruise missile (ALCM) received the first ever fleet release clearance (FRC) issued by the certifying agency, Amid the ongoing border standoff with China. According to reports, the FRC was granted to BrahMos missile on June 10 during a high-profile meeting of various stakeholders held through video conferencing.

2. India Getting Close to United States
An editorial published Wednesday in the Global Times, a Chinese Communist Party newspaper, said India was being encouraged by the US in its border standoff with China, which has been steadily building relations with India’s military.

If China goes into a War with India, it would be logically push India and US get closer. US and China already having Trade war, China cannot afford a direct war with the US.

3. COVID19 or the Chinese Virus
The whole world is against China for hiding the evidence of Corna virus being spread. The report also says China held off informing the World Health Organization that the coronavirus “was a contagion” for much of January so it could order medical supplies from abroad — and that its imports of face masks and surgical gowns and gloves increased sharply. Many Countries believe China covered up the extent of the coronavirus outbreak and how contagious the disease is to stock up on medical supplies needed to respond to it.

4. The world is against China due to its far intentions
In late May, Prime Minister Boris Johnson of the United Kingdom floated the idea of creating a new international platform—D10, or Democracy 10 alliance. The proposed members of the alliance are the G7 countries (Canada, France, Germany, Italy, Japan, the U.K. and the U.S.), along with Australia, India and South Korea. The purpose of this alliance is not entirely for mutual benefit. The agenda, Boris Johnson suggests, is to attack China.

What annoys the western countries is that China has much greater ambitions than merely delivering workers to global capitalism.

5. Trade relation with India
China remains India’s second largest trading partner after the US. India’s exports to China rose 3.8% to $17.1 billion in 2019 while imports contracted 7.5% to $68.3 billion. Definitely in this Trade, China is on the winning side.

India’s Telecom Ministry on Wednesday directed all of the entities under its purview to restrict their purchases to ‘Made in India’ products. Indian Government has also started re-evaluating projects Given to Chinese Firms. The government is planning a series of tough economic measures against China, projects where work orders have not been allotted after the financial bidding, will be scrutinised and Chinese stakes may be in trouble.

With already Anti-China goods protest started in India, China is yet to lose more if it goes on War with India.

China would collapse and would not be able to bare a burden of War, as China is actually Weaker than what it looks.

Deepak
Previous articleWasn’t Bollywood cruel and unethical to drive an artist to commit suicide..? Ashamed of them.
Next articleचीन को रिटर्न गिफ्ट
- Advertisement -