YES TO BEEF BUT NO TO HALAL! IS THIS THE KERALA MODEL OF SECULARISM? 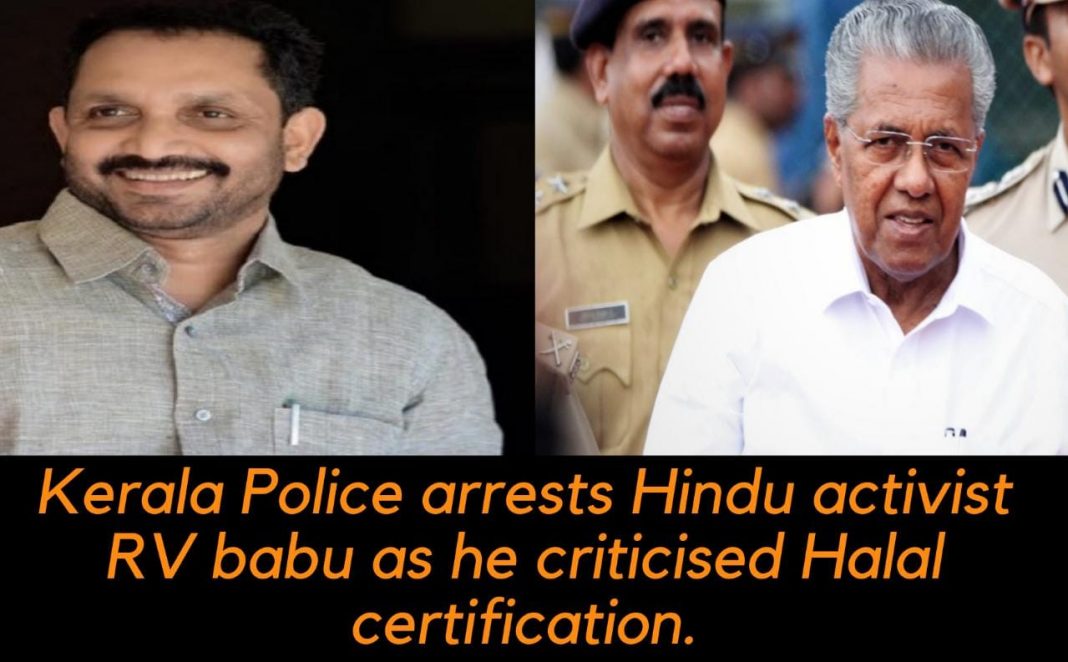 With each passing day, Kerala is drifting towards becoming a Christo Islamic state where the twin menace – unbridled Islamic radicalism and rampant Missionary activities aided and abetted by the Communist government of Kerala are dealing deadly blows to the survival of Hindus and Hinduism in the Southern state.

The latest case of the continuing anti Hindu tirade by CPM led LDF government pertains to the arrest of Hindu Aikya Vedi leader Shri RV Babu by Kerala Police. His offence? He along with other Hindu Right Wing organizations like RSS have been leading a movement against Halal products across Kerala. RV Babu and other Hindu Aikya Vedi activists had criticized the selling of Halal certified products by an Ernakulam based bakery in January 2021. This infuriated the Communist government so much that they arrested Mr Babu and slapped Section 153 –A which happens to be a non bailable offence. Now the question arises, is a citizen of this democratic country barred from expressing dissent or exercising his freedom of speech with regard to food choices? The Communists who keep preaching others about freedom of speech and expression, respecting diversity of opinions and secularism are themselves the biggest abusers of these virtues and are furiously intolerant towards any sort of criticism or dissent. The Left leaders and their sympathisers take pride in offending Hindu sentiments, defiling and demonising Hindu deities and organise Beef Festivals in various university campuses of India in the name of freedom of expression but deny the same privileges to someone who campaigns against Halal food? Is the freedom of speech and expression and right to criticize fall under the exclusive domain of Leftists? If they can blatantly hurt Hindu sentiments by having beef, why can’t Hindus demand a ban on Halal products and that to using peaceful and constitutional methods?

With elections in Kerala round the corner and the Left government led by Pinarayi Vijayan feeling the heat of anti-incumbency over its failure of governance issues like indulgence in scams and scandals, deteriorating law and order situation, rising unemployment, failure to curb Corona Virus surge among others. Staring at an imminent defeat, it appears that the LDF government has left no stone unturned in appeasing Islamic fundamentalists by waging a proxy cultural war to vitiate the demographic composition of the state to reap electoral dividends. If this is the predicament of Hindus in the most literate state of India and one which boasts of its secular, liberal and progressive social character, then can we expect some saner voice to resist the fascist, authoritarian and oppressive machinations of the democratically elected Left government? Imagine if this had happened in a BJP ruled state to a Muslim leader or activist, hells would have broken loose by now with Leftists and their cohorts in media and academia taking to streets and accusing BJP government of muzzling dissent and throttling democracy. Alas! They are doing the same with utmost impunity in their home turf and much to the bewildrement of a Hindu, there is no one opposing this. Is this the Kerala Model of Secularism where Hindus are fleeced and pushed to the margins?