Was it only Macauley ? 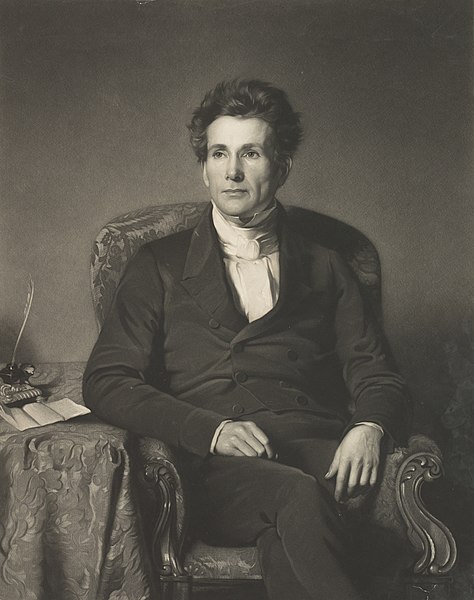 We have heard countless times how Macauley has ruined our education system, but do you know about more dangerous Alexander Duff? Literally, this Christian missionary was solely responsible for degradation of education system.

Born in April 1806 in Scotland, he reached the shores of Calcutta in 1830 as the first missionary from Church of Scotland.
Once here, after inspecting the Bengali schools he realized conversions were not happening as wished.
The first thing he did was to target upper caste Hindus & Muslims for conversion using English education as bait.
Until then, missionaries had eyes on lower class and never touched the Bengali language while teaching at their schools. They still instructed in the native language until Duff started to promote educating certain sections of society in English & English only.
Duff devised the policy of using western system of education to slowly convert Hindus and Muslims to Christianity.

The success of his work had these effects:
1) Of altering the policy of the govt of India in matters of education.

2) Of securing the recognition of education as a missionary agency by Christian churches at home.
3) Of securing entrance for Christian ideas into the minds of high-caste Hindus.
Alexander Duff proposed a theory which he called the “downward filtration theory” in which he believed that by catering to the middle and upper social classes, the knowledge of Christianity would eventually filter down the social ladder. On 7th Match 1935, a resolution was passed that in higher education, the objective of the British govt in India should be the promotion of European science and literature among the natives of India, and that all funds appropriated for purposes of education would be best employed on English education alone.
Duff went back to England in 1834. In 1840 he came back to Bharat with enormous funds from
Church of England & Church of Scotland to open new institutions meant exclusively for Biblical studies & Conversion.
In 1843, after he parted ways with the Church of Scotland, Duff established the Free Church to continue his unabashed conversion.
In 1844, he had secured the blessings of Governor General Viscount Harding that whoever studied in his institutions were eligible for government jobs.

Many influential Bengalis converted to Christianity, such as Rev Lal Bihari Dey and Krishna Mohan Bannerjee.

Alexander Duff died on 12th February 1878 at Devon.
Alexander Duff’s work outside of Bengal
Once well established in Calcutta, Duff travelled up to Ceylon turning numerous education convents into Christian conversion convents.
In 1832, Scotland Church sent another missionary John Wilson to Bombay who copied Duff’s methods of conversion.
For Bengalis who say Raja Ram Mohan Roy was a proud Hindu, let me tell you this. Ram Mohan Roy approved Duff’s method to remove what he deemed “Hindu Ignorance”. How does substituting the teaching of one religion for another constitute removing ignorance? Xtians do not believe in science, contrary to what they tell you & others.
No, it is apparent that Duff’s aims were to make docile, obedient Christian soldiers to assist in British rule throughout India.
Another fact before concluding,before reaching India, he got shipwrecked twice, and reached Bharat to Hail Jesus as Saviours. What a Travesty?