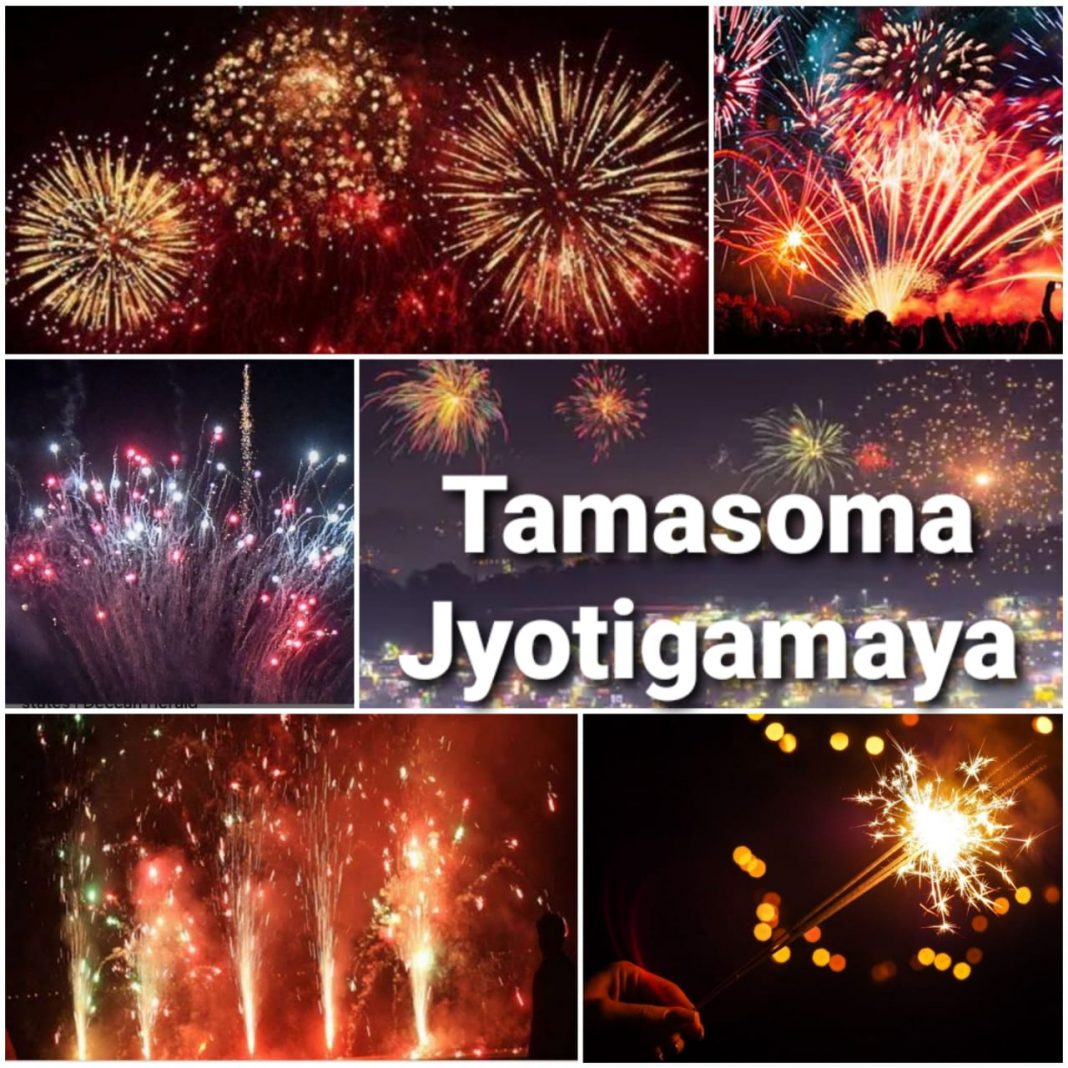 There are two types of people in India. Rioters, who destroy properties in the name of Anti-CAA protests and orchestrate communal riots. So called protesting farmers who desecrate the Republic Day, destroy public properties and kill people to hang them in Taliban style. Supporters of a winning party in a State election who run amok, rape women, kill people without mercy and burn down ‘enemy’ properties. These and their supporters are the first type of people.

These first type of people will protest, riot and go to the Court at the same time. They demand laws to be scrapped according to their whims. They order Courts to overrule Governments but won’t follow Court orders. They blackmail Governments and force the Governments to take the knee. They want talks but won’t listen. The Governments swallow all insults and nonsense from these people and continue to appease them. The Courts go out of the way to sustain their “agitation” to maintain the “safety valve of democracy”, otherwise called “dissent”. The Courts often go as far as supporting the arson, loot and murders by shutting their eyes. The Governments too have done that.

Media is called the fourth pillar of democracy. A segment of “Neutral Media” plays the role of Arsonist by spreading fake news to stoke fires. They play the role of fire-fighters by showing only one side of the story. They claim, showing half-truth is “responsible journalism”. They play “Camouflage Artists” by hiding what is inconvenient to their narrative. They play “Devil’s Advocate” to push the Anti-Hindu agenda. Finally, they play Judge and pass verdicts. They decide what is “Right”, hence “Wrong” and whatever is “Left” becomes post-truth. This is the ground reality of “Democracy” in India.

The second group consists of ordinary Hindus. They have their faith, festivals, food habits, family values, feelings, fundamental rights and forbearance under constant and escalated attacks. Ganesh Chaturthi, Dahi Handi, Diwali, Holi, Rakhi, Bhai Dooj, Dashara, Karwa Chaut, Kawariya Yātra, Chhat Pooja; practically all Hindu festivals have come under intensified attacks in the past decade. Governments, Courts, NGOs, Animal rights activists, Celebrities and Media, they all are out there to shame the Hindus and their festivals. The Courts need just a single PIL to clamp ban or restrictions on Hindu festivals. Governments crawl when asked to bend by the forces that attack Hindu festivals and Hindus.

The fourth pillar of Media along with writers, poets, celebrities, people from entertainment industry, sundry Cricketers, activists, social media influencers and some Woke Corporates are part of a network engaged in waging a war against Hindu festivals. Countless movie sequences and ad-films have depicted Hindus and Hindu festivities in extremely poor light.

There are blatant attempts to De-Hinduize Hindu festivals. Durga Pooja is a Bengali festival and has nothing to do with Hindus. Onam is not a Hindu festival but a Malayalee festival. Rām isn’t relevant in Bengal and in South India. Mahishasura was a poor Dalit killed for fighting against Brahminism. Holika was a victim of Brahminical Patriarchy. Rāvana was a Dravidian hero killed by Aryan Rāma. These are just a few examples of the Anti-Hindu agenda that is being unleashed relentlessly.

A cyber attack against a Muslim Cricketer that was orchestrated by Pakistan based fake accounts evokes humongous media outrage and admonition from the Woke Indian Captain. Then comes a single “rape threat” for the Captain’s child on Twitter from a Hyderabad based fake account and the outrage reaches “Washington Post”. These are again just two recent examples.

Two innocent Sadhus were bludgeoned to death by a blood-thirsty mob in Palghar. Kamlesh Tiwari was assassinated in Daesh style. Over a dozen Hindus lost their lives in Bangladesh and Crores of Rupees worth properties were damaged after a fake news planted by a Muslim. The number of Hindus killed, looted and properties destroyed by TMC goons in West Bengal hasn’t yet been quantified. In short, a mere “fixed” cyber attack against a Muslim or a Woke evokes a million times greater outrage than a downright genocide of Hindus.

A 700 year old temple is demolished by local administration in Karnataka. Local administration in Gurugram bans firecrackers and declares curfew on Diwali day. They arrested Hindu activists who protested against thousands of Muslims offering Namaz in public places and blocking roads. They pass an order allowing Namaz in public places. These incidents are happening in states ruled by BJP, the so called Hindu-Nationalist party. How much more can a community be pushed ?

The Hindus are pushing back. There was a peaceful pushback against the ill-advised Supreme Court order in Sabarimlala women entry case. There are cases against Stalin Government melting Temple ornaments in Tamilnadu. People are resisting takeover of temples by LDF government in Kerala. Hindus protested peacefully against temple demolition in Karnataka. The Karnataka government has enacted a law to stop temple funds being used for anything other than Hindu causes . Save Tamilnadu temples movement is gaining momentum.

Hindu organizations are uniting to fight legal battles. They might lose some and they might win some but every single fight is important for the Hindus. Muslims had banned a temple procession in V Kalathur in Tamilnadu since 2012 after they became majority in the town. Local Courts allowed restricted celebrations to appease the Muslims. In May 2021, the Madras High Court expressed shock over this “extraordinary intolerance” and ordered the festivities be reinstated to pre-2012 level.

Hindus aren’t rioting. Neither are they killing innocent people to hang them in public. They are pushing back in the most democratic of manners. A social media Hashtag campaign #NoBindiNoBusiness initiated by Shefali Vaidya has brought a tremendous change in attitude. Progressive De-Hinduization, Islamization and Westernization of Hindu festivals had reached unbelievable levels. Campaigns like Jashn-e-Riwaaz were enforcing Urdu over Hindu festivals. Such covert and overt Anti-Hindu acts are being resisted, albeit democratically.

Social media has exposed the hypocrisy of so called Liberals who complained of “too much of outrage” from Right wing Hindus. This isn’t an outrage. This is a civilization fighting back against attack on its very existence. Those outraging over too much of outrage must know “Afghanistan, Pakistan, Kashmir and Bangladesh were predominantly Hindu. Today, the Hindus are either a battered minority or an extinct species in these places. Hence this civilizational battle for survival. Hindus will continue to resort to democratic and peaceful protests, supported by legal battles. If that appears as “intolerance”, then yes, Hindus have decided to deploy “intolerance against intolerance”. There’s no going back because Hindus have nowhere else to go back and no place to claim as theirs, except what is left of India.

All the sinister Anti-Hindu cliques will be resisted and the Diwali firecrackers will continue to lighten up our skies. Where being good is not good, becoming a little bad becomes good for the survival of the Good. From darkness towards light. Wishing everyone a colorful, crackerful, safe and enlightened Diwali. Tamasoma Jyotirgamaya !