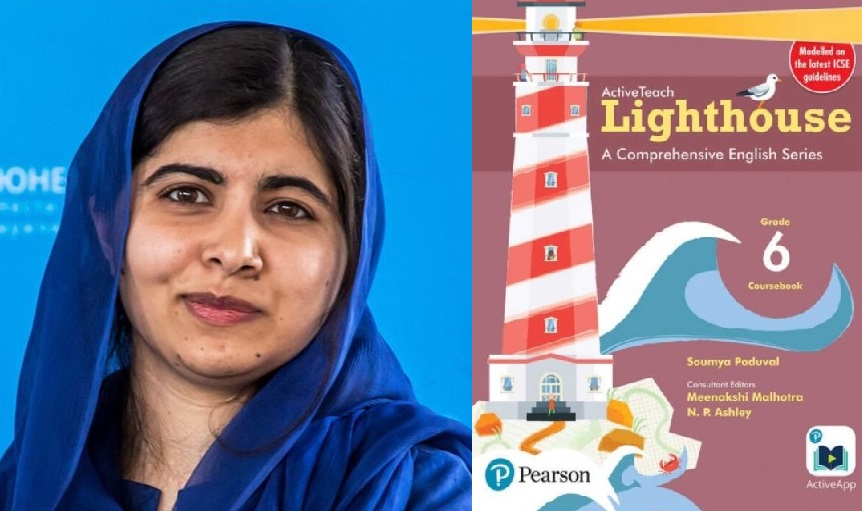 Malala Yousafzai is a famous Pakistani activist, who has received the coveted Noble prize for female education and awareness. She was attacked by a Pakistani Terrorist group and since then she is living in United Kingdom. She is known for her ‘one sided’ human rights advocacy. However her agenda driven advocacy has grown into an an international movement and she has become a darling of secular, liberals and Left leaning activists cabal.

She has such a major influence that even USA’s George Washington University has created multimedia curriculum tools to accompany a book released by Malala Yousafzai. Several faculty members have worked out and created a curriculum for both college and high school instruction. All this to spread their propaganda and to brainwash children in school and colleges.

However Malala has a different face as well, she is indeed a Terror Apologist and an anti Indian person, who keeps on tweeting against India every now and then, and in way or other she always tries to shield the Pakistani Government and several other Jihadi groups.

You don’t believe on us? Lets us share some of her tweets, which will show you the true face of Malala.

See this tweet, here Malala is asking United Nations to intervene in Kashmir past abrogation of Article 370.

Here she is spreading a fake news about 3 Kashmir girls.

Malala always tweets and make noise for any atrocity against Muslims, but she always keeping quiet if the atrocity committed against person of any other religion. Major Gaurav Arya exposed her dual standard in following tweet.

See the dual standards of Malala, she raised her voice against a terror attack on a Mosque in New Zealand, but the moment someone reminded her about such incident in Pakistan and requested her to tweet about that, she simply blocked that person.

She is someone who is a ‘By product’ of a an international propaganda, and our current generation should be make aware of this propaganda. However to our utter shock, even Indian ICSE board has included a chapter on Malala Yousafzai for 6th Class English course book, this is a brazen attempt to make a hero out of a ‘Terror Apologist’ and ‘an anti Indian’ person.

These excerpts have been taken from the Chapter 10 of ICSE’s Lighthouse: English Course Book for ICSE Class 6th, published by Pearson Education.

We are shocked and surprised that how someone can include chapter on Malala, who never leave any opportunity to demean the Indian Government and support Jihad and provide a cover to Terror ideology.

This should be raised with the Central Government and this chapter should be removed immediately. We don’t have any dearth of our own Heroes, those should be included in out curriculum and students should learn from real heroes, not from the Darling of Propagandists.