Reservation policy : A genocide for the meritorious and hard working class of India. 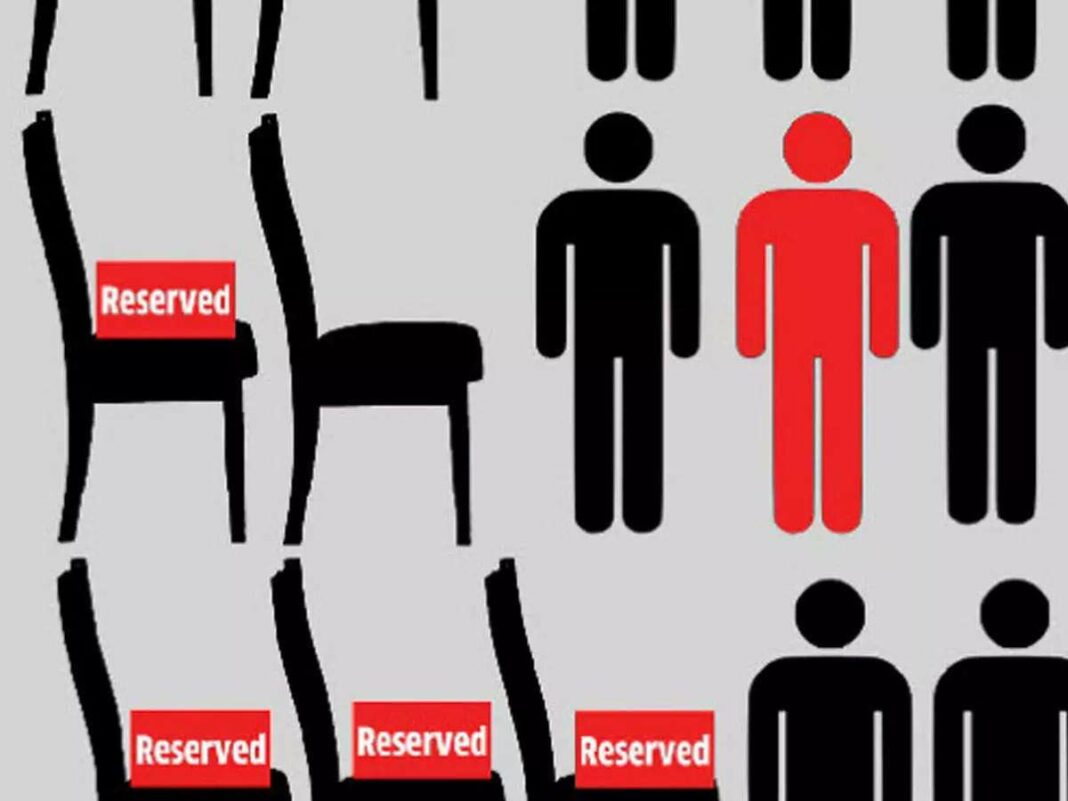 The idea of reservation policy in India was originally developed by William Hunter and Jyotirao Phule in the year 1882.

The basic principle behind the reservation was the Caste System and the malpractice of untouchability in India. But the prevailing reservation system in today’s India was introduced in 1933 by British Prime Minister Ramsay Macdonald in the form of the ‘Communal Award.

Under the provisions of the communal award, there were separate electorates for Europeans, Anglo-Indians, Indian Christians, Muslims, Sikhs, and the Dalits. But on 24th September 1932 when the Poona Pact agreement between Mahatma Gandhi and Dr. Ambedkar was signed, it was decided that for Hindus there would be a single elective with certain reservations for the depressed classes in it.

When India got independence from British rule in 1947, and the country was divided into two parts India and Pakistan. With the partition, much of the Muslim population migrated to Pakistan and Hinduism became the most prominent religion in India. So, when the constituent assembly was framing the Constitution of India, social discrimination based on the caste system was a big hindrance to equality in society. So, the provision of reservation for the socially backward classes was introduced in the Constitution of India. Reservations were initially introduced for a period of 10 years and only for SCs and STs, but it kept on extending with several changes in it.

In 1991, OBCs were also included in the ambit of the reservation after the recommendations of the Mandal Commission.

In 2007, reservation was implemented in the All India Quota Seats in which 15% seats were reserved for SC category and 7.5% for ST category.

On 14 January 2019 when the 103rd Constitutional amendment was enforced; 10% reservation was given to the Economically Weaker Section (EWS) in the general category under articles 15(6) and 16(6) of the Constitution of India.

Reservation for the EWS category was given over and above the existing 50% reservation for SC/ST/OBC categories. On July 29, 2021 the Government of India has decided to provide 27% reservation for OBCs and 10% reservation for Economically Weaker Section in the All India Quota Scheme for undergraduate and postgraduate medical/dental courses which will be applicable from the 2021-22 session onwards.

Today,the reservation system has grown like a poison deep inside,has destroyed the merit,driven away the intelligent,hard working class from India which the west has immensely got benefitted.

We talk about Genocide induced by religious beliefs.
Reservation system is a genocide for the meritorious and hard working class of India.

No govt will have guts to uproot this poison.Only a gutsy supreme court judge/CJI has to do.

Will it ever happen in our life time?

I am not optimistic.

Source for the technical details

Dr Praveen
Previous articleGold, Glory & God: A Curse On The Natives
Next articleHaldiram amid a massive controversy – “Why is ‘Urdu’ written on Falahari Mixture packaging for Hindus?”
- Advertisement -