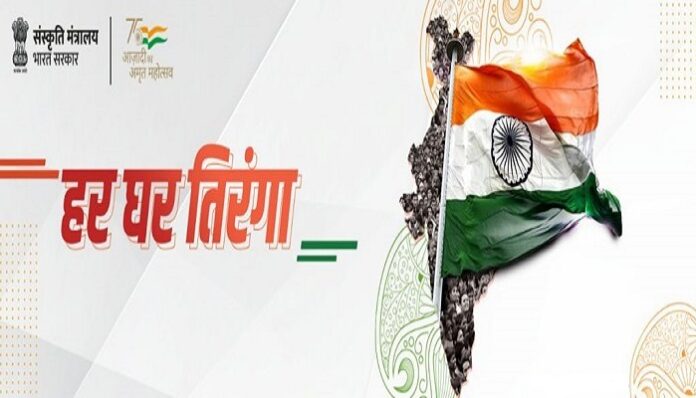 As the nation is moving close to celebrate its 76th Independence Day, the government plans to hoist the tricolor on more than 20 crore houses under the government’s Har Ghar Tiranga’ campaign.

Narendra Modi tweeted, “today, 22nd July has a special relevance in our history. It was on this day in 1947 that our National Flag was adopted. Sharing some interesting nuggets from history including details of the committee associated with our Tricolor and the first tricolor unfurled by Pandit Nehru. Today, we recall the monumental courage and efforts of all those who dreamt of a flag for free India when we were fighting colonial rule. We reiterate our commitment to fulfil their vision and build the India of their dreams.”

The relevance of honoring the tricolor is also reflected in the statutory laws (Emblems and Names (Prevention of Improper Use) Act, 1950; and the Prevention of Insults to National Honour Act, 1971, hereby known as PINHA).

Also, flag code of 2002 encompasses rules governing display of Tricolor. The object lays down the part of history as well. The first national flag, which consisted of three horizontal stripes of red, yellow and green, is said to have been hoisted on August 7, 1906, Calcutta.

Throughout years, the tricolor was adopted as every Indian knows the appearance of it. However, the earliest rules for the display of the national flag were originally governed by the Act of 1950 and PINHA 1971.

PINHA, 1971 prohibits the desecration of or insults to the country’s national flag, the constitution, the national anthem and the Indian map. Section 2 describes the act against flag or constitution to attract criminal penalties.

However, on occasions Judiciary clarifies that to substantiate the claim of insult to National Flag, there must be an element of ‘intent’.

Coming back to the nationwide drive to hoist Tricolor which will be observed from August 13th to 15th. The significance of this act is to ensure the sovereignty and moral integrity towards the nation and its collective conscience.

The government have been persistent in expressing the importance of unity and the objective of democracy. And this announcement is similar to justify the modus operandi of Narendra Modi’s idea of India.