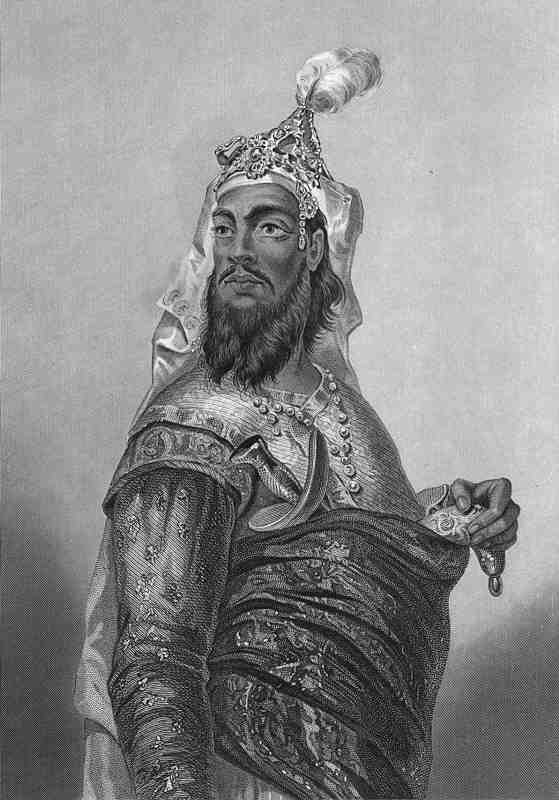 Today in the age of 60 when most of the people think of retirement from work , there was a man in our history who alone fought the mighty British establishment at the age of 80..!! Yes you read it right…80 years
कहते हैं एक उमर होती, जीवन में कुछ कर जाने की। गर बात वतन की आये तो, हर रुत होती है मरने की। सन सत्तावन की क्रांति में, जो प्रथम था बिगुल बजाने में। थे कुँवर सिंह जिनको सबने, फिर भीष्म पितामह माना था।
Maharaja Kunwar Singh of Jagdishpur , Bihar was among those rare and less known warriors whose name was enough to send a wave of terror among the British invaders at the vunerable age of 80. He did not allowed the British to rule on his motherland till his last breath.

Veer Kunwar Singh was born in 1777 in Jagdishpur village of Bhojpur district of Bihar. His father’s name was Babu Sahibzada Singh and mother’s name was Maharani Panch Ratan Devi. Their ancestors were descendants of Maharaja Bhoja, the famous ruler of Malwa. Since childhood Kunwar Singh was a skilled warrior like his ancestors. He was married to the daughter of Raja Fateh Narayan Singh, a Mewari Sisodia Rajput ,the zamindar of Gaya district . He had two younger brothers.
Although not much is known about the initial years of Kunwar Singh but undoubtedly he had an impressive and exuberant personality . Apart from being a great warrior he was a dedicated environmentalist too .As he inherited the throne he started the campaign for reforestation. His reign was the biggest obstacle for the East India company to gain control over the entire nation. The reason Maharaja kunwar Singh had became the eyesore of the Britishers was his mastery in guerilla warfare tactics . Being a devoted follower of Chatrapati Shivaji Maharaj ,he was seen as the biggest challenge by the British empire in eastern region.
Kunwar Singh had given a continuous and never ending threat to the British imperialism . To quote K.K. Datta, who wrote ‘Biography of Veer Kunwar Singh and Amar Singh’
“…….Throughout the struggles of 1857-59, this very jungle of Jagdishpur, developed with so much care by Kunwar Singh, proved a haven of refuge to his compatriots, and an insurmountable barrier to the English forces. Time and again the English generals wrote to the Government of the difficulties provided by the jungles to the pursuing English forces. There were secret, but well laid out paths throughout the jungles, known only to a small band of Kunwar Singh’s followers, through which they silently passed from one corner to another, baffling their pursuers and sometimes overwhelming them by sudden attacks from hidden resorts……”.
He always followed new tactics that use to left Britishers puzzled.
However the Maharaja’s real test came with the war of India independence in 1857 fought against the British rule .
Kunwar Singh, by then , had lost his parents, as well as his second brother Rajpati. The only brother who actually assisted him in his battles was his youngest brother Amar Singh, who was also devoted to the cause of motherland.
Inspite at the age of 80 and declining health he dedicated himself to liberate his motherland and immediately took charge against the rebel warriors at Danapur.
On 27th July 1857 , kunwar singh liberated Arrah and Jagdishpur . Kunwar Singh and his army gave a tough time to the enemies and as a result the flag of Jagdishpur fluttered with pride . The British government had to apply force from top to bottom to get Jagdishpur back .
Outraged on losing such a strategic fort , on 3rd August 1857, under the leadership of Major Vincent , the Britishers repulsed and recaptured Arrah district .
However Kunwar Singh was not a person to give up so easily . Mastered in guerilla warfare , he did something that was least expected by the British . Kunwar Singh and his army attacked British cantonment at Azamgarh and got it liberated.
He then headed towards his hometown Jagdishpur . Brigadier Douglas was so frustrated with the tactics of Kunwar Singh that he ordered his entire troops of soilders to get kunwar Singh by hook or by crook . On 22nd April 1958 , Kunwar Singh fought the ultimate battle where an 80 years old warrior had managed to the defeat soilders much younger to him . During war ,one bullet striked kunwar Singh arms . Fear of failure of the plans to reclaim Jagdishpur , he amputed his hand and offered it the Maa Ganga .
Although injured severely he finally got British down to their knees and once again saffron flag fluttered with pride .
Unfortunately , kunwar Singh did not live long to enjoy the victory . On 26th April 1858 , he breathed last but did not allow the Invaders to rule his motherland .
One of the British historian wrote for Kunwar Singh ,” The old Rajput has fought with British with the ultimate bravery . It was our luck that Kunwar Singh was 80 at the time of war. Had he been younger the British possibly may had to leave India at that time only .
It is extremely unfortunate that inspite of being a great valour ,hardly few know about him . This is an inspirational story that tells us that one’s age cannot restrict the love for motherland and hence every Indian should know about it .
We wish a day comes wherein our future generation would be thaught about such national heroes in our history books too.
Bahadur Shah Zafar who belonged to same era finds place in history book then why not our heroes who are far more superior and brave than others.