I am joining the BJP, ‘Metroman’ and Padma Shri Awardee E Sreedharan 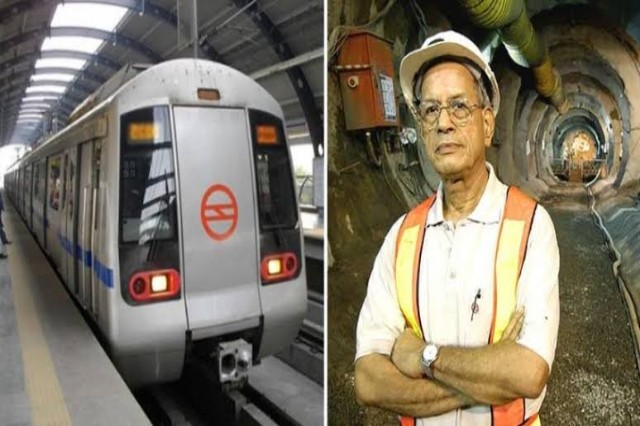 Elattuvalapil Sreedharan, the man behind India’s expansive and ambitious metro rail project in Delhi, is set to join the Bharatiya Janata Party (BJP) on Thursday. Sreedharan retired as chief of Delhi Metro Rail Corporation (DMRC) on December 31, 2011. He is credited with changing the face of public transport in India with his leadership in building the Konkan Railway and the Delhi Metro.

He will formally join the party during its Vijay Yatra that will be led by Kerala BJP chief K Surendran from February 21. BJP’s Vijay Yatra is an attempt to expand the party’s footprints in south India ahead of the Assembly elections scheduled between April and May. The rath yatra will be launched from Kasaragod and culminate in Thiruvananthapuram around the first week of March. Uttar Pradesh Chief Minister Yogi Adityanath will flag off the yatra.

Speaking to a media organisation, Sreedharan said that “Narendra Modi is the most promising prime minister and he has worked with him closely, which inspired him to join the party”. He said it is for the party to decide whether he will contest the upcoming polls.

He was appointed by the former UN Secretary-General Ban Ki-moon to serve on the United Nations’s high-level advisory group on Sustainable Transport (HLAG-ST) for a period of three years in 2015. E Sreedharan was awarded the Padma Shri in 2001 and the Padma Vibhushan in 2008.

Deepak
Previous articleKodava warriors defeated Tipu Sultan several times proving he was neither tiger nor a lion of Mysore
Next articleCurse of India the #Sintellectuals ; If all are simple, who had done it?
- Advertisement -