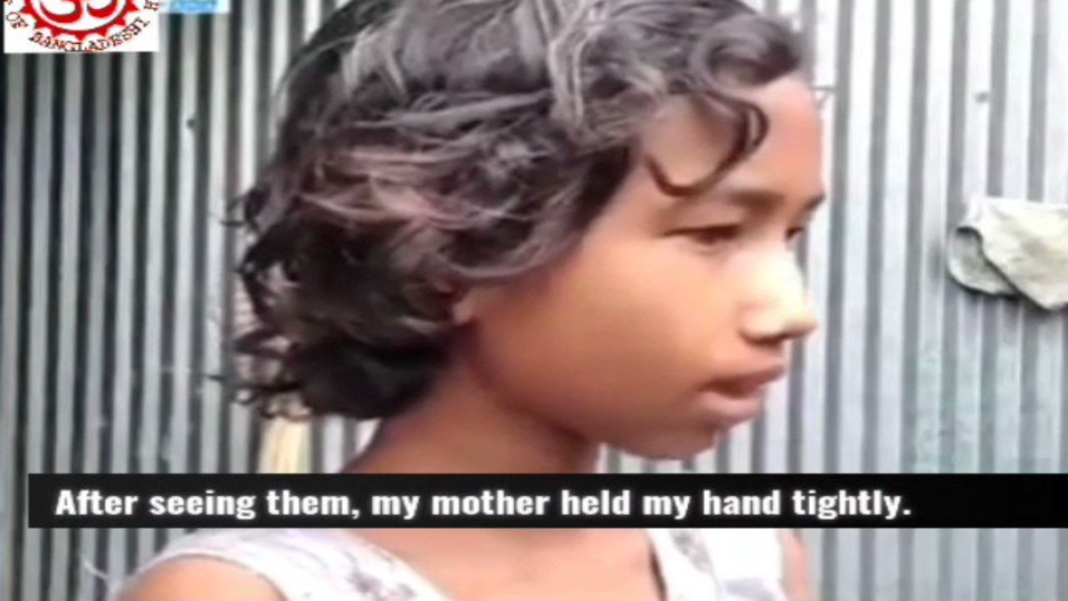 Atrocities against Hindus have been a part of Bangladesh’s routine work since its independence. The Hindu minority has suffered economic, social, and personal losses ever since. From destroying Hindu temples to raping Hindu women, the country is nothing less than hell for the Hindu minorities.

Recently a Hindu mother and her daughter faced a tragic incident in Bangladesh. Already struck by poverty, the two ladies live in Bangladesh. In a video describing the incident, the little girl mentioned how brutally she and her mother were attacked by a few people.

The little girl was held by her neck and they scratched it. When her mother begged them to leave her daughter alone, they hit the little girl’s head with a bat and she fell unconscious. Thereafter they brutally raped the women.

No kind of media has covered this incident in Bangladesh. There is no uproar against such harsh and animal-like crime in the country. It is awful to see the situation of Hindus residing in Bangladesh and the crimes happening against them.

Similar to Pakistan, Hindus in Bangladesh have faced unrelenting assaults. For decades, the Hindu population in Bangladesh has faced systematic persecution at the hands of the country’s extreme Islamists, with an estimated 11.3 million Hindus fleeing the country between 1964 and 2013 owing to religious persecution and prejudice.

The media, however, has always sugar-coated these acts of atrocities against Hindus planned by fundamentalist organizations by referring to the perpetrators as “unknown miscreants” in order to conceal the attackers with radical Islamic goals behind the crimes.

Ssanjnna Gupta
Previous article75th Independence: ASI to hoist national flag at 150 heritage sites across India
Next articleThe swastika has been an auspicious symbol of humans since the Mesolithic
- Advertisement -