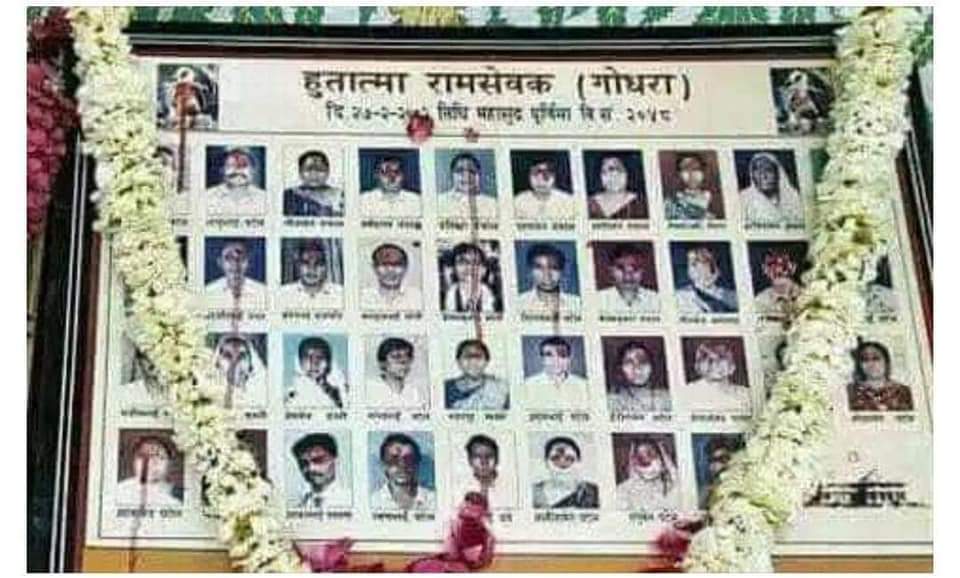 GobindShankar, Ramlakhan, were annoyed that the day had gone waste,such delay.
Sushila Devi and Pratibha Devi were tired from delay and managing kids.
Suddenly again the train came to a halt.

“Uff”, not again”, said Priya ( 5)…”I think we’ll reach at night”, giggledPratibha (7)… Shailendra got up to see what had happened when a stone hit him. All confused Ramkrupal,Vithalbhai..started peeping out to see whether the local children were creating ruckus.
The scene outside was horrifying…A sea of monstrous men were throwing stones…there were anger ridden men with swords and spears rushing towards the train. Mothers trying to shield the children and Men trying to protect the women from the rogues whom they thought were robbers.
Suddenly the children who were muted to inexplicable silence could smell something familiar. While Priti (3)&Rohit (2.5) cried incessantly. There was chaos…men who were thinking of saving their money and jewellery wanted to offer all they had. Women who were scared for their honor now simply wanted to be let out.
The men made last attempts at fighting out ,some women cried and pleaded, Priya,Pratibha,Rushab,saw their parents – their heroes desperate.They wanted to restore their bravery by being brave themselves when suddenly fire enveloped them. The men and women clinged to their babies as a blanket ,tried to break out of the door but they were pushed and stuffed inside the coach poked with spears. The men outside were not robbers or mere killers they were monsters who were enjoying the shrieks and pain.
Just as the fire enveloped people amid the flames Pratibhaben and Chayaben looked at one another for the last time before being charred.The soft and supple flesh of Rohit burnt easily and the infant died with few shrieking wails that the rogues enjoyed.
While they succumbed their fears left them ,they were filled with hope that the mission from which they were returning will be fulfilled.The few brave ones shouted Jai Shri Ram, their wives shut their eyes surrendering to the corroding, blistering fire. They thought of their babies and the babies thought of little explanations while fighting the sizzling scalding fire.
There were wails,shrieks, cries……but everything was drowned in the Cannibals’ devilish glee.
There was a victory cry when they saw this human griddle.
This barbarianism ,the brutish and savage act was unleashed in GODHRA
Date….27th February 2002
Time…..7:43 am.This is Godhra , the soul of Hindus has left us with a big question.What was our mistake ? Chanting Jai Shri Ram & born as Hindu ,is this the only sin we did ?

( The narration is fictional
the names and age mentioned are facts)

Salute to the Amar Kar sevaks..

Sarita K Chamaria
Previous articleWhy Congress is so desperate to save Nirav Modi? Senior BJP leader Bhupendra Yadav SLAMS Congress appointed Judges who shielded Nirav Modi
Next articleSome number analysis regarding India whether the second wave is for real or not.
- Advertisement -