The leadership of West Bengal is responsible for the massacres happening regularly in the state ! 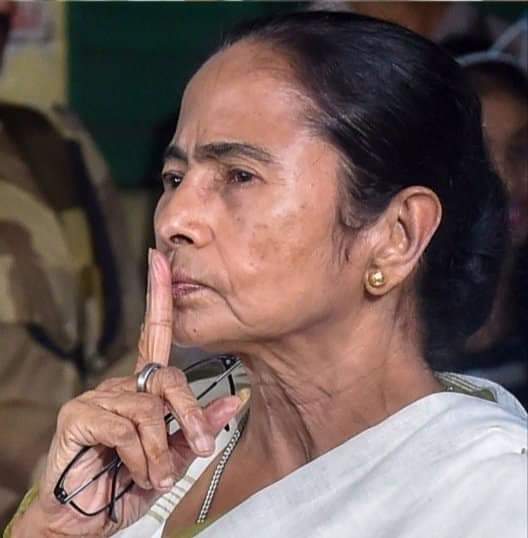 The silence is disturbing ! The silence of state leadership, the silence of Central.leadership, the silence of the people of Bengal,very very numbing. !! After the state elections and victory of the TMC , the cadres of the ruling party unleashed violence targeting those who voted for BJP, molesting and raping women..looting properties, ransacking houses. News poured in from many places but with state machinery in full control of police the assistance given to the needy had to be very measured. People were scared to approach the BJP karyakartas lest they be identified as one of them. Many leaders switched sides in a blatant display of complete betrayal. However, the BJP karyakartas and local leaders tried to do the best they could but the Frankenstein had been unleashed. Under some pretext or the other , emboldened by the support from their leadership the TMC continued to harass the weak and needy. Mamta Banerjee continued her imbecile rants of denial and like a complete uneducated ruler, she kept protecting her Frankensteins.
The Governor and Central leadership were shockingly quiet and helpless at times signaling their disinterest in this burning state.
One perspective that needs to be borne in mind is that Bengal is as much a border state as was J&K( now divided to union territories) . The embers of communal violence are always silently burning here and thus the state of affairs needs very mature leadership and a tough monitoring by Centre both of which are amply missing.

Bengal the intellectual and cultural hub of the country has seen the worst downfall not only politically, culturally but most importantly humanely.

Birbhum saw charred bodies of women and children burnt alive … the skin, the bones, the organs all melted and stuck to small little structures of broken skeletons – reduced to the smallness that no human form is possible of.

Birbhum saw 25 families quietly leaving their village, just like so many families left their homes in the aftermath of violence that raked Bengal last year

Once a monster is let lose it doesn’t differentiate between its victims. The monster must have its way…or it will gobble up its own creator.

23rd March 2003 – 24 men women and children were lined up and shot dead in Pulwama,their crime?.They were Hindus !

19 yrs later such incidents continue to happen in another state in another form … but the Frankenstein remains the same !

The question is who created this Frankenstein ?

Wake up and smell the larger game plan !