Disha, Amulya and the Sinister Designs 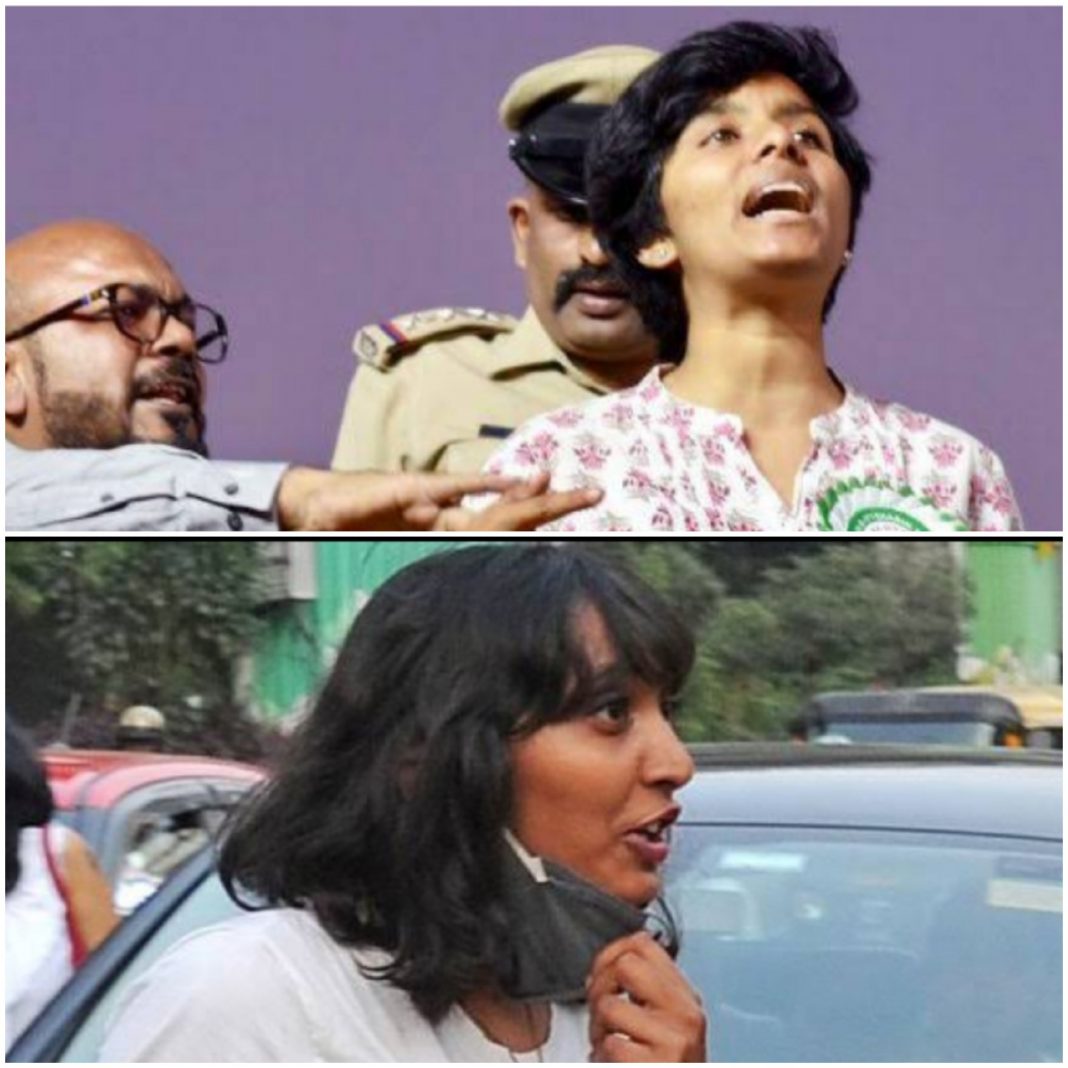 Sinister stands for true left of an individual as opposed to Dexter which is true right. A Sinister plot is a dangerous, shady or crooked plan. Usually it’s used to describe anything that is wrong or anything that is not Right. Simply put, Sinister means evil designs of the Left.

Here is a warning for PM Modi and whole of India. Watch the Disha Ravi video again. There’s a very interesting part where she says, “My parents vote him but not me.” She’s talking about Modi.

There are millions of parents who are working hard to provide good life and quality education to their kids. They believe in Modi and India being on the right path. Unfortunately, the kids of these parents are being misguided, brain washed and indoctrinated by the Sinister Leftists. This is a clear and present danger. It isn’t restricted just to JNU, HCU, JU or Kerala. It has spread to all Universities. George Soros is pumping his Billions for this purpose.

Disha Ravi is tip of the iceberg. They are creating a self-loathing, Hindu hating, India-hating and Anarchist generation. They use peer-pressure and intellectual jargonism to confuse the youth. “When you cannot convince them, confuse them” is the strategy. They inculcate inferiority complex in the minds of impressionable youth. They use routine frustrations of youth to turn them against administration and then against the State.

In the process, several homes are destroyed because these youngsters begin to hate their parents for supporting Modi. Disha Ravi is part of the symptom. Those thousands blindly opposing CAA and supporting Farmer’s Protest without an iota of idea about any of these issues are part of the Zombie Army being manufactured by Soros to effect “Regime Change” in India. Amulya Leona, who shouted “Pakistan Zindabad” on Owaisi’s stage was one such radicalized kid. She is on record saying they get intellectual inputs from their mentors.

The Missionary schools and colleges are actively involved in this process. Large number of Leftist teachers, activists and ideologues are involved. The Church spearheaded the Anti-Sterlite agitation in Tamilnadu. The DYFI was behind the iPhone factory vandalism in Kolar, Karnataka. Then there are extreme Islamist organizations like SDPI that jump into any issue that is against Modi. Sinister (Leftist) Media will provide the right kind of narrative for all the wrong things they do.

Look at the coordinated attacks on “The String” and Sachin Tendulkar and the parallel glorification of people like Rihanna and MiaKhalifa. We know the strength of narrative.

If the Nationalists haven’t noticed and understood this, we are doomed. We need to pay urgent attention towards this humongous problem. Youngsters hailing from RSS families going completely rogue on Instagram can be witnessed. They are so clueless that it really hurts to see the boundless stupidity. Let us take a look at some of the paradoxes these youngsters have turned into.

They advocate LGBT rights by joining hands with Islamists and Church groups and work against a Government that scrapped Section 377.

They are Climate activists supporting the Farmer’s protests. One of the demands of these farmers is right to burn the stubble.

They are demanding jobs from Government but are actively vandalizing and shutting down factories on frivolous grounds.

They are aggressive advocates of free speech but want to shut down voices of Tendulkar, Mangeshkar and others for supporting a united India.

They want to eradicate corruption by joining hands with Congress.

They are women’s rights activists working to smash Brahminical Patriarchy joining hands with Islamists and liberated women wrapped in Burkhas.

They abuse Modi 24×7 and shout democracy is in danger when people are arrested for conspiring to trigger riots in India on Republic Day.

They cry death of democracy in India and call Indian Government Fascist while taking part in a protest funded by China.

There is no end to these paradoxes and stupidities. But they exist in large numbers. It is time to recognize this and put in our best efforts to deradicalize these youngsters. It has to be done at individual levels as well as at community levels. A significant number of these youngsters are also into substance abuse and are disconnected from family and society.

Nationalist organizations and Student Groups must work together in this direction. Something drastic needs to be done to stem the rot and reclaim our youth. We must identify and isolate the Urban Naxal ideologues in the Universities, Bureaucracy, Judiciary, Entertainment, Literary circles and other fields. Their poisonous impact must be countered and minimized if we cannot eradicate them altogether. Our efforts must begin yesterday.