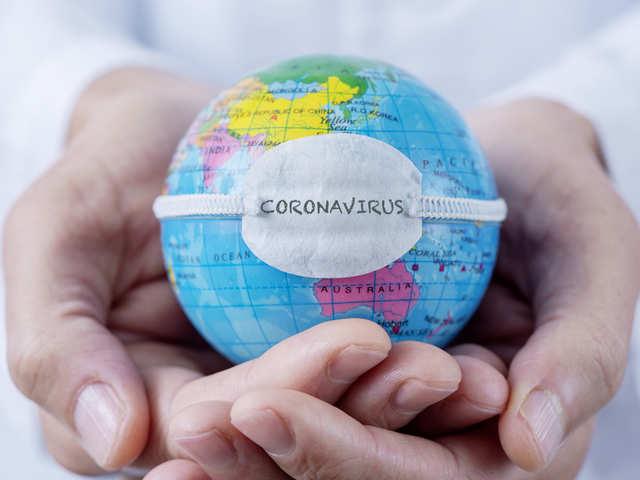 Covid Task Force, (CFT) Eco Club was formed on 22nd April, 2021, and students at Teri SAS, and this team has been involved in the China Virus relief initiative. During the first preliminary wave in March 2020, the team had come up with “Feed the Animals Challenge”, and therefore when the second wave seeped through, the team was willing to do their bit in serving humanity.

During this time, the team provided personally verified leads to thousands of people and had volunteers working Pan India across different age groups, professions and regions. The team expanded from a small team of just 8 student volunteers to an enormous group of 400+ volunteers who are currently working in multiple cities of India including Lucknow, Kanpur, Allahabad, Bangalore, Chennai, Punjab, Assam, Kolkata and Dehradun. When the second wave was at its peak, the team worked dedicatedly 24*7, and fulfilled various requirements of the oxygen cylinders, hospital beds, medicines, blood, plasma and moral as well as financial support.

This became doable because the team had strong collaborative support from the Krantii NGO as well as Dhara for Sustaining Life (with approximately 1200 members). The team would like to mention here that Mr. Ankit Kumar, Director at Dhara, Mr. Prateek Parate and Ms/Mrs Shobha Singh, Executive at Dhara laid the foundation of the team’s learning in the initial days.

Through the panel of legal counselors, clinical psychologists and medical practitioners, the team was able to cater to the needs of hundreds of patient and their caretakers. The team was not only providing them with the accurate information at those crucial moments and difficult times of life and death, but also counseled them, while in deep distress and kept them updated with the latest China virus precautions, critical hospitalisation, lifesaving drugs and important medicines and recovery measures.

The CTF team incorporated a very flexible structure to adapt to the circumstances and needs efficiently. The team worked in 4 different sub-groups. Namely:

A common volunteer group open for everyone for sending requests or sharing information;

A War Room where the team handled all the active and SOS cases on priority. This group is the backbone of the Task Force with all its dedicated volunteers: Deeksha Bhatnagar, Preethy, Jaya, Afzal Khan, Shriyans Chaturvedi and Jugal Vyas working 24*7. When the team expanded its outreach to other cities, it got support from the local people. Allahabad group with members: Aman Samar, Ritvik Mishra, Alok Samar, Dr. Suryabhan Kushwaha, which catered to the needs at Lucknow, Kanpur and Varanasi was setup. Similarly, for Bengaluru – Chennai Group with active volunteers, Sakshi Ronghe, Gayatri Narasimhan and Akansha was constituted. Team collaborated in the Punjab region, with an alumnus in the Telangana, Hyderabad – Andhra Pradesh region along with Subhodeep Chatterjee working in the Jharkhand – Ranchi region.

A Blood group led by Keshav Bagla that catered to the blood donation requirements specifically; and

A group was dedicated to medicinal needs and supply and availability whereabouts, like Tocilizumab, Amphotericin B and Remdesivir, led by Raghav Raja.

The social media operations and campaigns were looked after by Kashish Bansal while the external / internal communication was handled by Nandita Dhoke. The ground volunteers Mohit Nalawade and Himani Singh played a key role in delivering the necessary resources to the patients and other hospital admission related errands routine work.

At the peak time, TERI faculty Dr. Fawzia Tarannum helped the team with critical cases 24*7. Another faculty Dr. Bhawana Bali counseled CTF members and patients and their caretakers. Dr. Nithiyanandan Yogeswaran helped to arrange a donation amount of more than 3 lac rupees for financially strained people. The group received all kind of administrative, critical advice, moral and financial support from the Teri SAS administration and their continuous encouragement to practice social sustainability.

The team also collaborated with TISS for mutual sharing of the China Virus resource database. Former Ms. India, Srishti Rana and a trending Instagram handle @the.master.facts had supported the team as the outreach partner to promote the awareness posts.

The team was able to counsel and provide a hospital bed to a patient in Hissar who had no facility available and at a time when no hospital was admitting the patient. The team used their personal contacts to meet the requirement of a Delhi patient in Meerut. There was another case wherein the team provided a confirmed ICU bed to a pregnant woman in the Noida region.

Gyan Mat Do Plasma Do: The team led this awareness campaign pan India under the All India Alliance Group. It was later dropped as per the ICMR guidelines;

Positive Notes Campaign: This is one of the team’s most successful campaign, where the volunteers created short video and audio messages for the China virus patients to cheer them up, while they were surrounded by the morbidity in the China virus ward. It reminded them of how much they mean to the family and how impatiently both the family and the team have been waiting for them to get back home. This campaign served a dual purpose of subconsciously supporting the caretakers that they were not alone in this critical juncture and difficult times;

CTF raised awareness regarding black marketing of medicines and resources and how to procure them when hospitals refuse; and

DontWaitVaccinate: The team shared people’s vaccination stories and appreciated them to motivate others for the same. This campaign was followed by “Blood donation before Vaccination” campaign to make aware citizens about the sharply increased demand for blood since blood donation is not possible after vaccination jab.

Currently, the team is trying to expand its outreach in the rural areas, which may be affected by the pandemic. Volunteer Keshav has been providing help for setting up a healthcare centre along with ration and essentials such as sanitary napkins to the residents of Tikka Deori, Nagpura village in UP in association with ‘OVAAT- One Village At A Time’, and Rann Foundation by teaming up with the local people. Many such relief projects are in the pipeline and will be completed successfully.

Some of the team’s achievements inter alia include being invited by the Red FM team for an interview with our representative head, Rajesh that was aired on their channel.

The team was invited as a panelist in the ‘Sensitisation Training Seminar’, jointly organised by TERI SAS and National Institute of Disaster Management (NIDM) on 12th June to discuss about the key learning and way forward to tackle the massive pandemic.

CTF, with the support of TERI SAS and under the guidance of Prof. Manipadma Dutta helped to initiate a ‘student’s welfare fund’, in the university to help the students who faced financial crunch during the second wave or have lost their family members due to the China virus.

Moving ahead, the team would like to emphasise on the post China Virus management and the dire need of counseling the caretakers and caregivers of the patients. Teri SAS, acting as a pioneering institute in the sustainability domain, has enabled the team to take the classroom learning and guidance into the real world problem solving role.

The team would like to share that it had lot of successful cases with patients fully recovered and at home now. However, many patients losing their lives as well, despite the honest and sincere efforts and caretakers’ prompt decisions. At times like these the team realised, how hard the battle really is and the only choice that remains is to keep moving forward, trying to do better and better for the welfare of the society at large. This is where the Eco Club’s motto “Together We Are Stronger” has kept all the team members afloat and motivated.

Feel free to join our initiative or get in touch regarding any assistance needed. Email: ecoclub@terisas.ac.in. Instagram and Twitter: @ecoclubtsas

A small act of kindness can prove to be a big leap for humanity. #ThisTooShallPass by grace of the Lord!