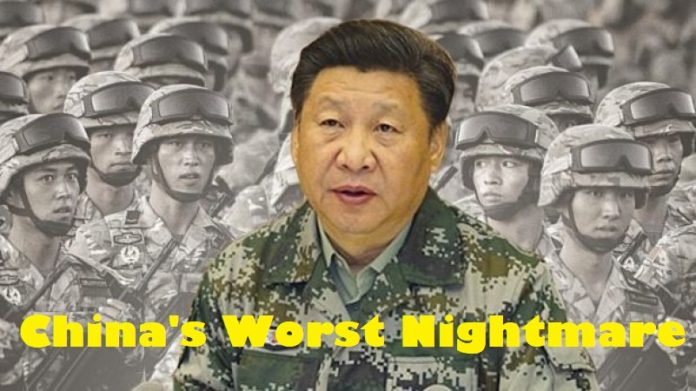 India and China are at a fierce face off for almost 2 months at several points along the Ladakh in the western sector of the disputed border, known as the Line of Actual Control. This is indeed a first fatal confrontation between both the Armies since 1967. This brutal clash claimed the lives 20 Indian Soldiers including their Commanding Officer and more than 40 PLA Soldiers including several Senior Officers.

Entire World saw how India honored the martyrdom of the fallen soldiers, entire Nation offered their respect to the Martyrs and it indeed sent an emotional wave across the nation which indeed kick off a ‘Boycott China’ movement to show the solidarity with our Soldiers.

On the other hand, there was a deafening silence in China, even after 3 weeks since this unprecedented incident took place, China has refused to publicly admit that there had been casualties on its side, while India paid the last homage to its martyrs with full state honors.

If reports are to be believed, several disgruntled retired and serving PLA cadres, who are severely hurt by the awkward treatment meted out by the Communist government, can launch an “Armed” anti-regime action against Xi Jinping’s government.

In an important article in ‘The Washington Post’, the founder and president of Citizen Power Initiatives for China, Jianli Yang writes that Jinping Government fears that if it admits that it had lost troops against a brutal brawl against India, that too more in number than its opponent, could lead to major domestic unrest that can even put the current regime at stake.

Yang further writes that PLA has long been a custodian of the Communist Party’s regime. There is a growing resentment among Millions of serving and retired PLA cadres who are already hurt with President Xi’s policy of separating the PLA from every kind of commercial activities. They could form a formidable force capable of challenging Xi’s leadership and may overthrow him.

PLA is an extremely important component of Communist regime and President Jinping can’t afford to undermine the growing resentment among the 57 Million PLA serving and retired cadre. Currently the communist regime is facing its worst possible challenge that too an internal one.

Yang further adds “If this is the treatment meted out by the CCP regime to the martyrs of today, imagine the plight of PLA veterans, many of whom had participated in the bloody 1979 Sino-Vietnamese War or the Korean War. They have been holding frequent mass protests across China for years now, hoping to shame the government into recognizing its obligation toward those who battled along the country’s borders in the past,”. This is the least a Soldier could expect from its government, and it seems this is creating an unprecedented resentment among the PLA Soldiers.

Yang further exposed the fault lines in the system of PLA, he says that China has the world’s largest army, but shockingly it does not have any central agency to administer pensions and other benefits to its veterans. Resultantly, veterans are forced to depend on local governments for pensions, medical care and other basic benefits.

Due to wide disparity in the financial standings of the local governments, there is no standard or uniformity in what the veterans receive. After having given their youth and shed blood for the country, the veterans find themselves left by the CCP to the mercy of often corrupt local officials, making them feel like donkeys slaughtered after they are too old to work a grindstone.

China is among the nation which spend a moolah on its Defense forces, in current year itself China has increased its defense budget by 6.6% which stands at 1.268 Trillion Yuan. However, on the contrary it spends a meagre amount on PLA Soldiers Salaries and other benefits, and this is an important reason behind the low morale of PLA soldiers.