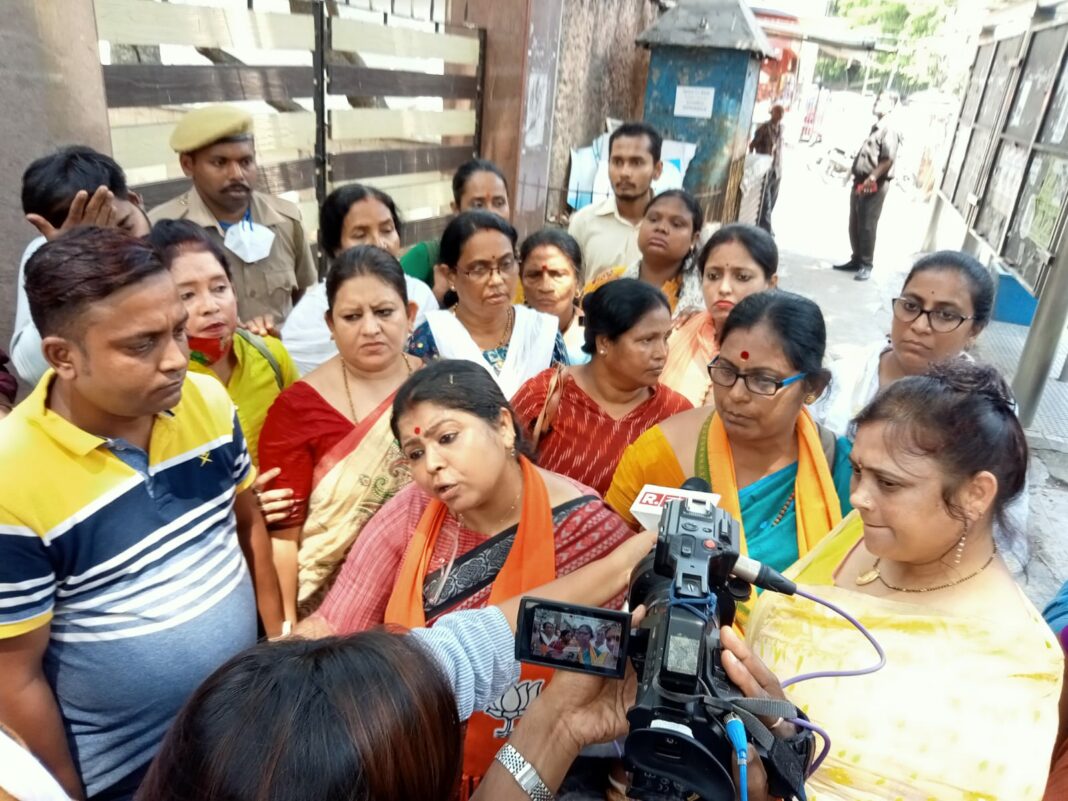 If polls are round the corner in West Bengal, can violence and arson be far behind? West Bengal, which was once considered to be the abode of cultural excellent and enrichment of the intellectual faculties, has now become synonymous with violence, specially in and around the elections.

On April 12 this year, By-elections are slated to be held in the Ballygunge Assembly constituency of West Bengal, the seat which fell vacant due to the demise of the sitting TMC MLA cum Minister, the veteran politician, Subrata Mukherjee, in November last year. The BJP candidate for the said seat is the BJP spokesperson and an erstwhile media person, Keya Ghosh, who besides being known as an good vocal leader is an extremely popular nationalist voice in social media.
Since the announcement of Keya Ghosh’s candidature, the Bengal BJP’s South Kolkata unit, which appeared crestfallen post the BJP’s setback in the Assembly elections held last year and the KMC elections held last December, suddenly seemed to be rejuvenated and embarked on the campaign trail with renewed vigour and confidence. They claimed that the voter response to their campaign was also quite positive.

On the other hand, the TMC candidate who is pitted against Keya Ghosh is singer turned politician, Babul Supriyo, who, till July last year was a Central Minister in the BJP-led NDA government. He resigned from the BJP and joined the TMC upset on being dropped from the Central Ministry. Since then, he has campaigned for the TMC in Tripura and Goa, during the polls in those two states, only to helplessly watch the TMC being whitewashed in both these states. His candidature was also not accepted very well by the TMC rank file. A clash occurred between two groups of TMC workers during an election meeting, in presence of Babul Supriyo, on March 22, during which one worker was stabbed and hospitalized. A few of the workers were heard voicing their discontent with regard to Babul Supriyo, in a television interview.

The primary vote bank of the TMC, the Muslim community of West Bengal, who constitute approximately 45% of the population of the Ballygunge constituency, apparently are not happy with Babul Supriyo either because they consider him to be the primary perpetrator of the Asansole riots of 2018, when an Imam’s son was killed. Though there were a substantial number of hindu casualties though, the Muslim community still consider Babul Supriyo, who was the BJP MP from Asansole at that time responsible for the same.
The above factors, coupled with a revitalized Bengal BJP could have caused a stir within the TMC, who maybe jittery about their prospects of winning the by-polls in their strong bastion of Ballygunge.

What followed today was no surprise for anyone in Bengal. While Keya Ghosh was campaigning this morning in Ward No. 85 of the KMC, in the Manohorpukur Road Area under the Ballygunge Constituency, with her karyakartas, in presence of BJP leader, Pooja Kapil Mishra, a truckload of goons arrived and attacked them with knifes, slashing the arms of one of the male karyakartas and severely injuring the others. The police personnel were present at the spot at that time, but, according to the karyakartas, they didnot budge. A huge row broke out between Keya Ghosh and the BJP karyakartas on the one hand and the police on the other due to the latter’s inaction. One local goon was identified too, by one of the karyakartas. The BJP personnel registered their complaint at the local police station and vowed to agitate and protest till the goons are brought to book. Keya Ghosh clearly stated on camera and through her facebook post that she or her karyakartas won’t be intimidated by any kind of attack and that she would carry on with her campaign unperturbed.
Today’s incident of violence against the BJP candidate and the karyakartas os not a one off affair. It has become routine now, even in an elitist South Kolkata locality like Manohorpukur Road, which had, all along been peaceful. The instant incidence is a manifestation of the sorry state of democracy in the state where the opposition voice is mercilessly stifled by means of coercion and infusing fear and also of the fact that one must be ready to accept violence as a part and parcel of Bengal’s daily life now.