Be ready for our own desi GPS! 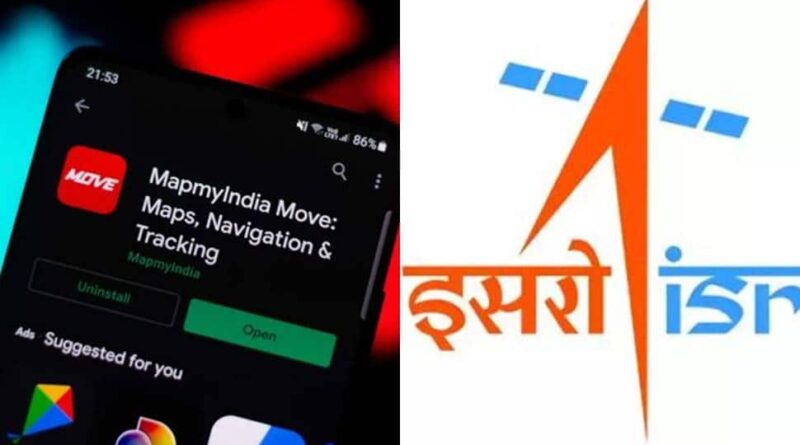 The announcement comes as India rolled out local alternatives to Twitter and WhatsApp in lieu of challenges posed by the social media behemoths, which were creating false narrative, social media frenzy and Lal Qila havoc during the January 26th mayhem in the Kisan Tractor rally in New Delhi

The new project was announced by the Indian Space Research Organisation (ISRO) and MapmyIndia late on Friday. The two have not yet specified any timeframe within which the service might arrive, nor revealed what it will be called.

The ISRO said the “collaboration will enable them to jointly identify and build holistic geospatial solutions utilising earth observation datasets.” MapmyIndia was even bolder about the prospects of the joint project, with the company’s CEO Rohan Verma promising the service will “be a much better, more detailed and comprehensive, as well as privacy – centric, hyper – local and indigenous mapping solution for the Indians, compared to foreign map apps.”

“MapmyIndia, being a responsible, local Indian company, ensures that its maps reflect the true sovereignty of the country, depicting India’s borders as per the Government of India, and hosts its maps in India,” Verma stated in a LinkedIn post.

The announcement comes within days of India’s rolling – out of local alternatives to Twitter and WhatsApp, named Koo and Sandes, respectively. The development of homegrown applications is part of the Nations drive to become self – reliant in the digital world. It’s worth pondering that China has its own social media space and is controlled by the CCP.

The project by ISRO and MapmyIndia has been met with delight by the majority of India’s online crowd, who cheered the country’s efforts to be more self-sufficient.

Woah 🥳The confidence of taking on the Google maps itself is a bold stand. First PPE kits and masks, then corona vaccine, koo app and now this, I think we are seriously marching ahead towards atmanirbhar bharat 🇮🇳
— Aaraadhya Saxena 🇮🇳 (@ihailmyindia) February 12, 2021

Nonetheless, some cautioned that over – reliance on homegrown services might ultimately result in heavy censorship and cut-off from the “global internet.” Others argued that such censorship had long since already arrived, pointing to the massive purge campaigns being waged by the US – based technology giants on dissenting views.

I’m surprised no one else is thinking this. Are you guys really happy to embrace censorship and being closed off to global internet all in the name of nationalism? Concerning that people like this idea.
— Teast (@ThomasEast2) February 12, 2021

And what is youtube and and twitter doing to people with alternative point of view? They have been censoring right handles and pages. This is just to tell them to fall in line.
— Rudra (@rudraspeaks_) February 12, 2021

New Delhi’s relations with those technology giants have turned quite sour lately, after it imposed a new digital tax on companies operating in India. The ongoing protests by farmers, sparked by the proposed agricultural bill, have added to the animosity between the tech giants and the government.

The government has sparred with Twitter over accounts it deemed to be spreading misinformation about the demonstrations. While New Delhi demanded a blanket ban on some 1,000 accounts, Twitter refused to comply, arguing that such a ban would contravene India’s own laws. It banned few accounts for only 4 hours but restored them and false narratives continued. Even twitter accounts of national idiots like Rajdeep Sardesai continued even after fake tweet regarding the police firing of a farmer. This post severely dented the image of India Today group as a whole and the owners removed him from anchoring his programmes since 27th January 2021. The government had to issue a warning that the senior executives may be put behind bars, if anti national tirade is stopped. This is what all sovereign countries should do. Sovereign countries should not be held ransom by Global Corporations that basically controls and abuse information technology. Russia and China prepared for these eventualities.

Russia and China are close friends and are working on a lot of such IT projects together, and as The US and its allies continue to spread propaganda about Russia and China, Russia and China will continue to integrate their economies and become more dependent on each other. And if Germany continues to move towards them, it could be Russia, China Germany growing together. Germany has a lot to supply both Russia and China in working on joint projects on the BRI. Look at the 1km x 1 km petrochemical plant in Russia (near China) that is close to completion where Germany supplied all of the technology. Probably the largest petrochemical plant in the world processing Russian gas into 10 bi-products for China.

Of late GPS had become and I had stopped using this app of late. When will you stop using it!